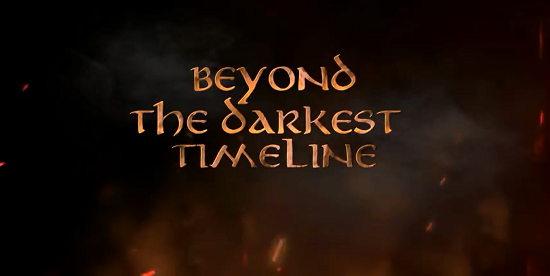 NBC have released a second trailer for the fifth season of Community, which debuts next month on the network.

In the ad, the "stakes" of the season are emphasized, with a connective thread running through the ad of a Hobbit-style font and a "Beyond the Darkest Timeline" motif. There's also a fair bit of lampshade hanging, as they deal with the fact that Jeff Winger was written out of school at the end of last season and now must return, while Troy Barnes is slated for only a handful of episodes this year, having been downgraded from regular to recurring.