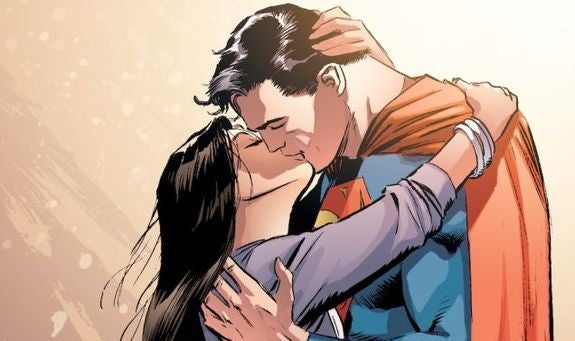 You'd be hard-pressed to find a writer or artist more closely associated with Superman than Dan Jurgens working in the industry today.

The creator of Doomsday and the writer and artist behind the seminal Superman #75, "The Death of Superman!," Jurgens wrote and/or drew the character for the better part of a decade, leaving in 1999 and returning periodically for stories like Superman: Day of Doom and a six-issue arc in the rebooted Superman monthly in 2012.

Now, he's taking the reins of the pre-Flashpoint, post-Zero Hour Man of Steel in the upcoming Convergence: Superman. Jurgens will write the first issue for artist Lee Weeks, and then both write and draw the second, which if solicitations are to be believed will see the birth of Superman and Lois Lane's child. This means that Superman's death, return, wedding and the birth of his child will all have been drawn by Jurgens, who will also have had at least a hand in writing each of them.

He spoke with ComicBook.com about his upcoming Convergence tie-in, 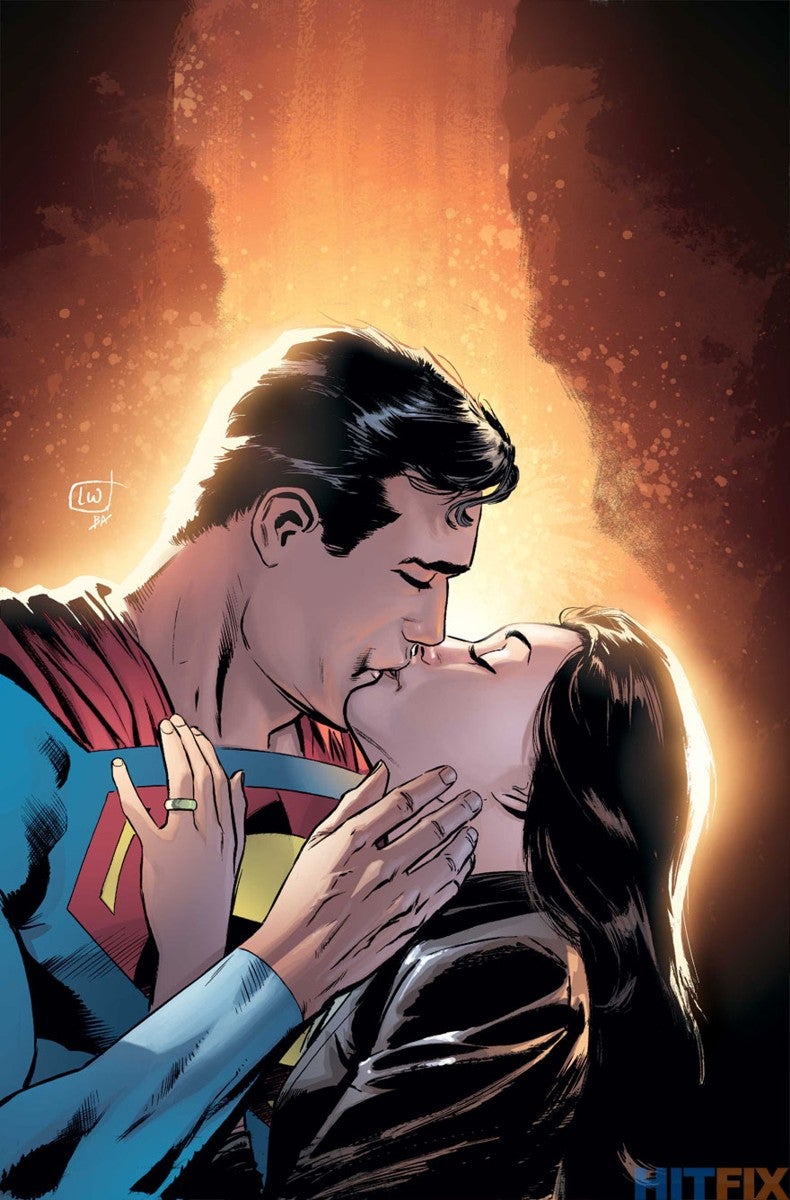 You guys had wanted to get Lois pregnant at some point during your long run on the titles in the '90s, right? Are you playing with ideas that you had around that time for how the pregnancy will play out between the characters?

I can't say we "wanted" Lois to get pregnant back then. At least, I didn't. Any pregnancy we discussed back them was always considered way, way down the road.

We'd speculate about it, of course, but never really wanted to push that as a real story element. More of a "Gee, what if...?" type conversation.

How much do these characters actually understand about what's going on in Convergence? Based on what we saw in the Futures End: Booster Gold one-shot it kind of seems like they're all more or less in their own bubble, unsure of just what is going on to their cities/worlds.

In terms of the overall plot as it involves the mainline Convergence book, there isn't a lot known. For example, Clark, Lois and Jimmy have been very isolated. They really don't know what's been going on, other than the fact that they haven't been able to leave their city.

Of all the characters you've ever worked with, you're probably most associated with Superman in the mind of many readers. What made you want to go another round with the character during Convergence?

My overall fondness for the character.

Part of what happened is that when DC made the switch from the previous DCU to Flashpoint to the New 52, is that those characters never had a "farewell" type of story. There were no goodbyes-- no sense of closure. The fans never got to see that last adventure.

This makes up for that.

So, yeah, given the time I'd spent with Superman, I became the somewhat logical guy to do the story. 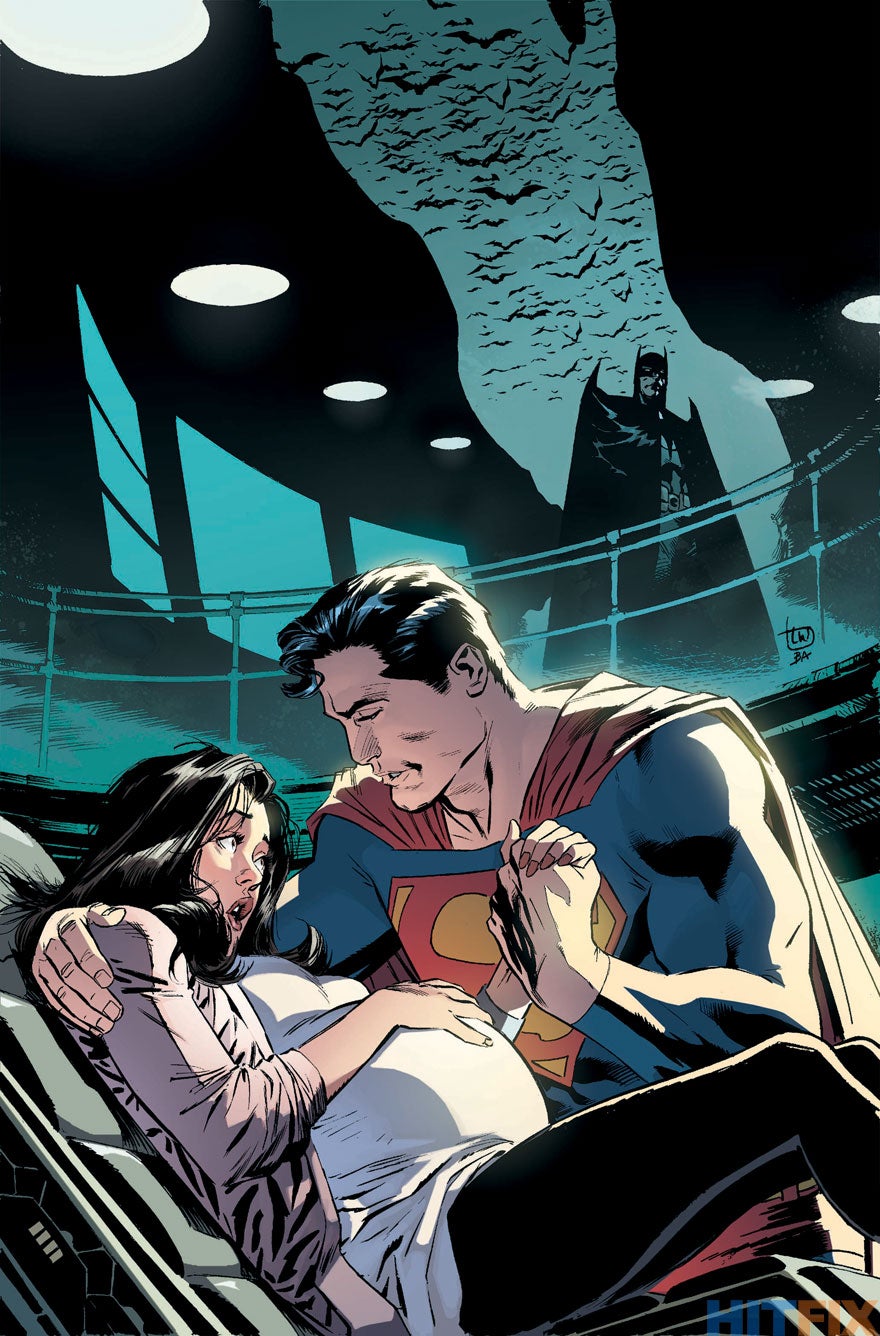 Obviously, you worked on Superman post-Byrne and again in the New 52. This version – set after the events of Infinite and Final Crisis but before Flashpoint – is one who wasn't really 100% either. How does your approach to the post-Birthright, post-Secret Origin Superman differ (if it does) from the character you wrote for so long?

I basically approached this character as, for lack of a better term, the Byrne version that basically carried through until Flashpoint. Yes, there were some tweaks along the way, but this is essentially it.

As somebody who was there for the “triangle numbers” era, is it as cool for you as it is for the fans to have all four Superman titles back in print for this story?

Those were good, solid comics for the most part. The stuff we were doing on the character worked extremely well, was true to Superman, and created a sense of momentum for him that stretched across four titles. It was good stuff.

You’ve said that Professor Hamilton will appear in this story. How does that fit into the timeline of the pre-Flashpoint DCU, where he eventually went evil-crazy?

That never made sense for his character.

Is there a rhyme or reason you can discuss without spoiling anything as to what worlds are at war? Certainly having Flashpoint attacking the Gotham of 2011 is interesting, especially juxtaposed with the Zero Hour-era folks fighting an incursion from Kingdom Come, a story written in the mid-'90s.

It's interesting because of some of the comparative elements, such as Subject 1 to Superman.

But this story is all about Clark and Lois. They're the core of it all.

Is there a particular kind of mission statement that's driving some of these stories? What's the bottom-line idea behind Convergence as an event?

I addressed some of that earlier.

This is a general concept that evolved from discussions among Brian Azzarello, Keith Giffen, Jeff Lemire, Scott Snyder, me and, most importantly, Dan DiDio. We basically talked about the concept of, "What would be fun for the readers? What would they want to see? If we could access all aspects of DC's wonderful history, what could we do?"

For the fictional world stuff, it's really driven by the chance to touch on those classic characters again. The idea is to give the fans something that they will hopefully hold dear.

There's a lot of firepower coming from the Flashpoint universe for any one person to take on – even Superman. Besides Hamilton, will he be getting any ground support?

Yeah. Jimmy Olsen will be helping Superman, as will Lois.

And Jimmy gets the tools to do it right.

Was the idea always for you to draw the second issue, or when did that evolve?

That was part of the plan from the beginning.

We knew Lee Weeks was going to draw the first issue. But the reality is that we have a bit of a collapsed timeframe in which to produce these books, so we determined that I'd do one and Lee would do the other.

And the stuff he's done on the first issue is fantastic, by the way. Absolutely stunning stuff. He's magnificent and incredibly great to work with.

Did it ever cross your mind that during Zero Hour, you had Power Girl – a character with some Super-family connections – giving birth and now your Lois looks to be in her third trimester? What is it about cosmic crises that makes it more interesting with a pregnancy?!

Funny you should mention that because I was thinking of that just the other day!

I don't know that a cosmic crisis makes it a necessity. This is really a character driven issue for Clark and Lois.

If you were given the opportunity down the road to revisit this story, is it set up to accommodate that, or are you planning to more or less give closure at the end?

At the same time, it's a nice goodbye. I'll say what I have to say and move on.

Pokemon Sword and Shield Update Made Secret Change to the Game