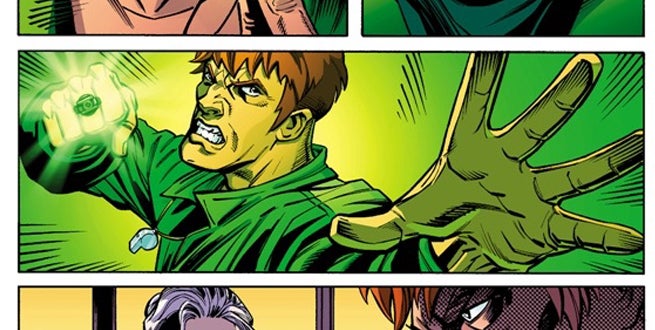 The Green Lantern Corps. has been through a lot in the last decade or so. As other colored corps emerged, the Guardian mentors went rogue, and even more Green Lanterns from Earth – both their own and parallel ones – appeared, it’s easy to think that some of the Green Lanterns are longing for a simpler time.

Enter Convergence, DC Comics’ event that invites characters from every era of DC’s history and pits them against threats from across the DC Comics multiverse (even reaching into some other worlds and era). David Gallaher and Steve Ellis, known for their work with Zuda, Marvel Comics, and several creator-owned projects like The Only Living Boy, team-up to bring the Green Lantern Corps of the Crisis era (early 1980's) into the event. They spoke with ComicBook.com about working on Green Lanters long-past, moving back to work-for-hire, and why the DC Comics' universe of Superheroes is so open to interpretation. 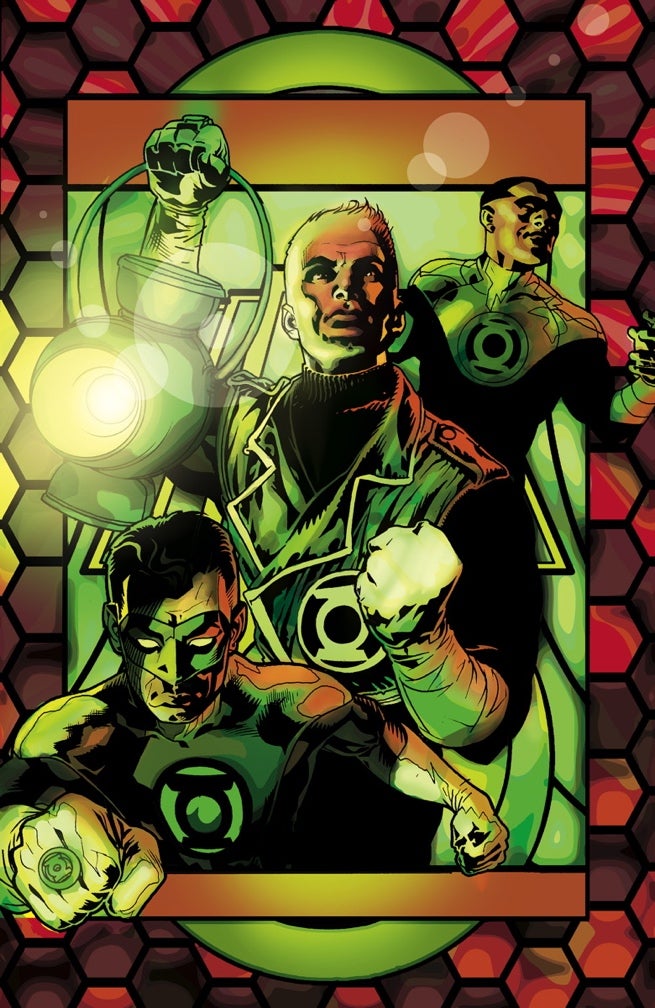 David, Steve, you two work so well together (and often!) on creator-owned work. What’s it like to come back to the corporate world of company-owned characters?

David Gallaher: It’s actually quite a bit of fun! When Dan DiDio, Bobbie Chase, and Marie Javins approached me to work on the series, I thought it was the perfect opportunity to bring my experience with the New York City Police Department to the Green Lantern Corps. I found something that I felt was important to say about these characters and the world they were living in. The Green Lantern Corps are, ostensibly, the First Responders of the DC Universe. They aren’t just space cops — they are peacemakers — rescue workers — and emergency managers. This was a great opportunity to show the toll Convergence could take on the heroes we count on most. To borrow a phrase, who rescues the rescuers?

Steve Ellis: The great thing is having these guys trust us enough to let us play with their toys. These are characters that I’ve enjoyed for a long time — the characters that got me into comics! When I used to work on these projects, it was simply as a hired-gun penciller. Working with Marie and David on this project, I feel like I’ve been able to use my skills as an artist and a storyteller to have an influence on the story direction. It feels great!

What was the appeal in taking on these specific characters, in this era? What’s something you can do with Hal, John, and Guy from the Crisis timeframe that wouldn’t quite work today?

Steve: The relationship between the characters is totally different. These are the characters boiled down to their essential components. In a way, it’s them without all of the continuity baggage. We can see them as people and not simply as iconic heroes.

David: Guy Gardner was a virtual unknown before Crisis. We had this remarkable opportunity to re-examine his life, his goals, and his priorities in a way we haven’t seen before. This is Guy Gardner — gym teacher — struggling on a teacher’s salary, while recovering from his own trauma and past. These are elements of his character that haven’t been explored in quite this way before. It’s a rare treat to have that freedom while visiting Hal and John at such interesting points in their lives. 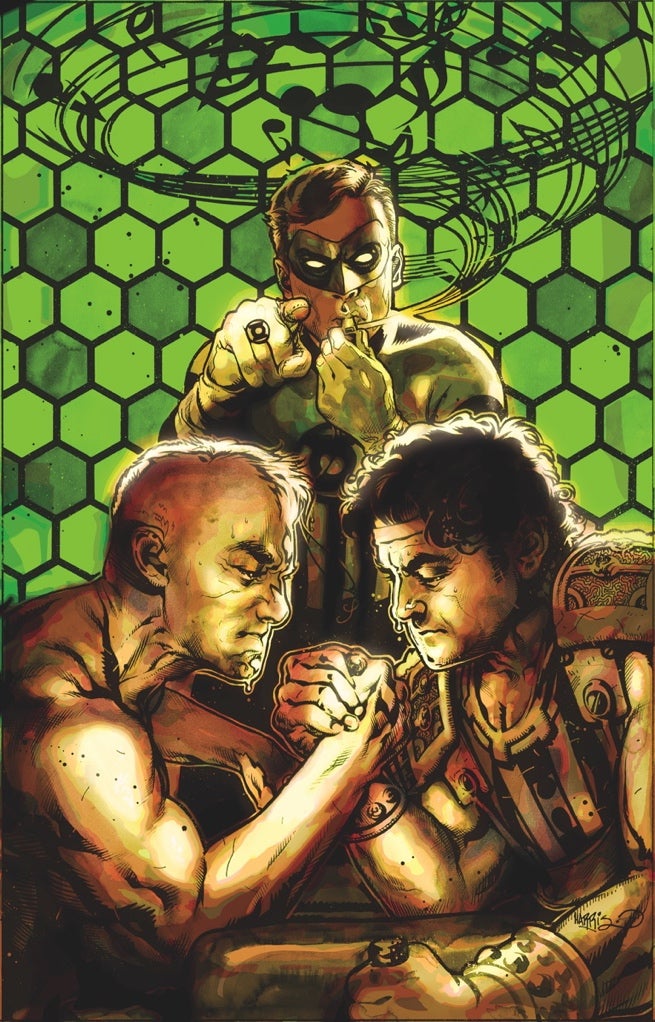 Bounding these characters to one city instead of freeing them out to space – what are the limitations of that, and how does that challenge you?

Steve: I feel like the best stories are the ones in which you limit your characters and watch them fight the limitations. So not giving them as much access to outer space forces them to be more clever with their solutions to problems in the story.

David: For me, the human element is a crucial part of the Earth-born Green Lanterns. The most iconic heroes aren't just larger than life, they are genuine. Keeping the team on Earth – showing them at their most human – helps illustrate their vulnerabilities, hopes, fears, dreams, and desires.

Steve, do you look at a project like this, working in a different era, any differently than you would if it was a modern-day story? I’ve seen you capture different styles with your art before. Are you going for a specific look here?

Steve: I think I take each project as its own, but I can’t avoid being myself. While some of the characters are designed for a time period almost thirty years old, I’ve updated and made some designs my own. Others I’ve kept because they keep that classic look — but I can’t avoid putting my own spin on things. 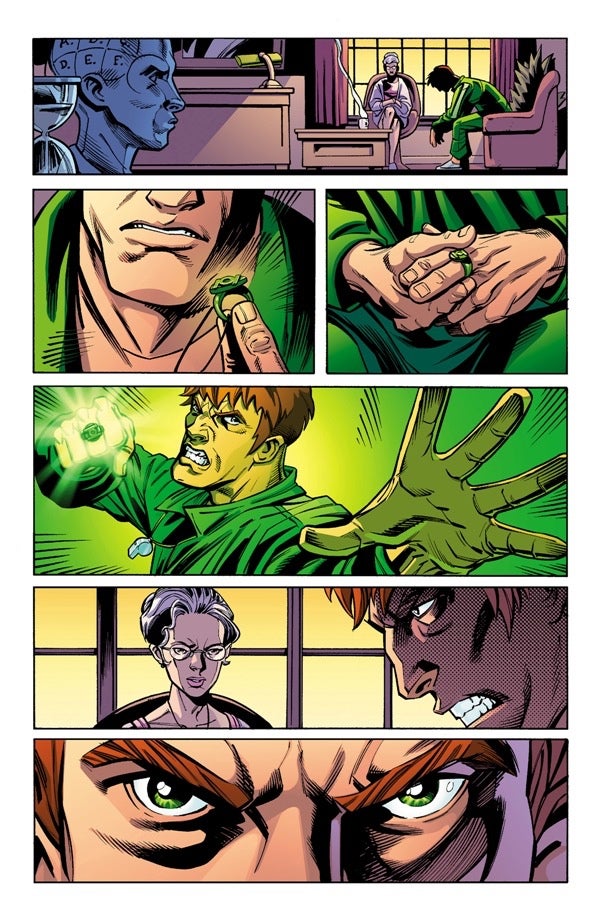 David, likewise, what sensibilities from the early 80s do you hope to convey in this story? What modern-day writing techniques apply themselves well to time-displaced characters like this?

David: Comic storytelling has changed quite a bit in the last 30 years. We’ve generally done away with storytelling tools like narrative captions, thought balloons, and extended flashbacks. What has remained consistent is the emphasis on characterization — and we’re not afraid to let these characters shine, pardon the pun.

Looking at this story in particular, what kinds of challenges have you set up that can really make three Green Lanterns confined to one city sweat?

David: Each other. They are, at this point in their lives, their own worst enemies. Hal, John, and Guy have such clearly defined, strong personalities, that they’ve become almost archetypes, each driven by their own set of motivations and demons.

Steve: With that said, I can say the events of Convergence are epic enough that the Lanterns don’t have to go far to find more than enough trouble to challenge them.

To you, what makes DC Superheroes so viable in their numerous reinventions? 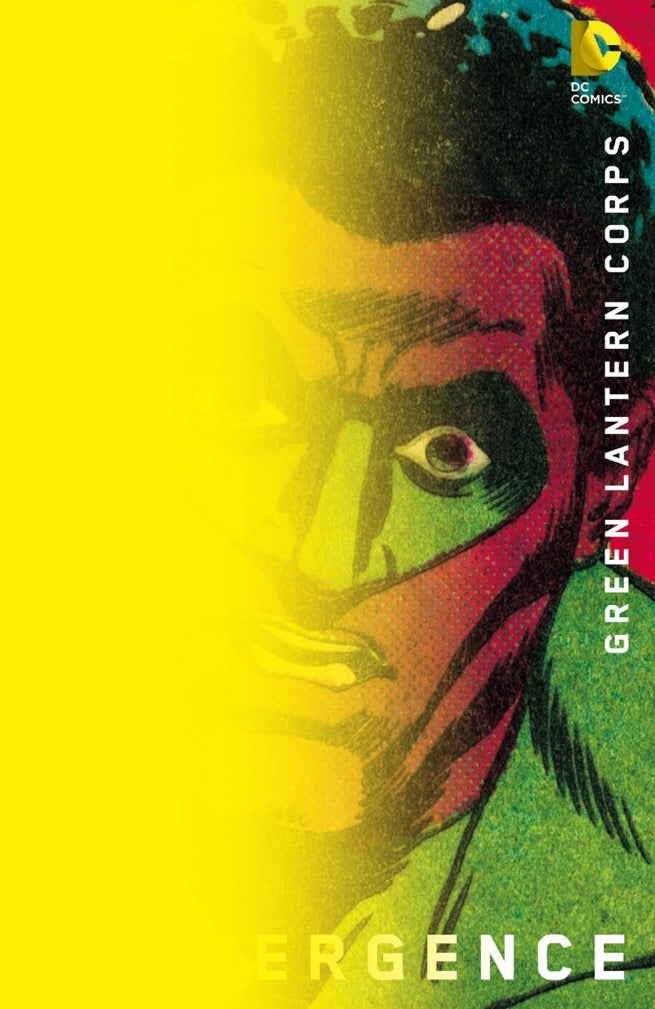 Steve: Every decade has its own personality. The people who live through the events of that time period bring a unique quality from that period to their stories. Every era should have the opportunity to reinvent the stories in their own rite so that it’s relevant to them. Superman is reinvented by every generation that uses him. George Washington changes personality depending on whose writing his biography. Same for Julius Caesar. At the core of these stories is something important and universal, but we want to tell them with the characters reflecting our lives and facing our challenges.

David: The strength of the DC heroes — the thing that lets them have multiple cartoons, reboots, films, and toy lines — is that they represent these incredible archetypes and have tremendous brand elasticity.

What character interaction has surprised you the most, and can you tease a moment between them that you’re particularly excited for fans to see?

Steve: The relationship between Guy and Hal. I don’t want to give away too much, but it’s the most fun part of this book. Let’s just say that their relationship is a rocky one.

David: Guy Gardner faces one of DC’s most iconic baddies — a character that has largely been forgotten in Green Lantern lore —but played a vital role in the history of the Corps. It was a lot of fun to channel this particular character — and even more fun to see Steve render it!

Hell in a Cell Predictions and Pressing Questions