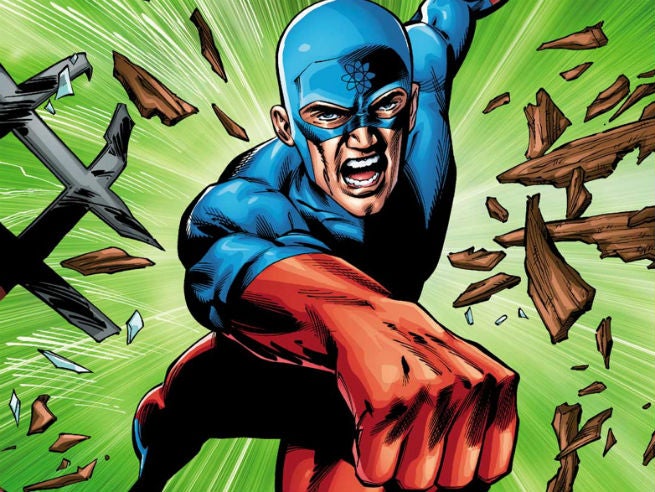 While Ray Palmer might be an armored avenger of the night on The CW's Arrow, the classic, tights-wearing, size-changing, Great Disaster-stopping Atom will make his return in April 8's Convergence: The Atom #1.

The issue will team the pre-Flashpoint iteration of Ray Palmer with Ryan Choi, the previously-thought-dead successor to Palmer's mantle as The Atom, against Deathstroke, previously assumed to have killed Choi. Confused yet? Well, there's plenty more.

Writer Tom Peyer joined ComicBook.com to talk about the series, why The Atom and what makes Convergence seem like the ideal time to return to DC after an absence.

It seems like it's been a while since you were at DC. How did you come to work on this project?

I got a nice email asking if I'd like to participate. I said yes, I would. It's that easy, publishers! 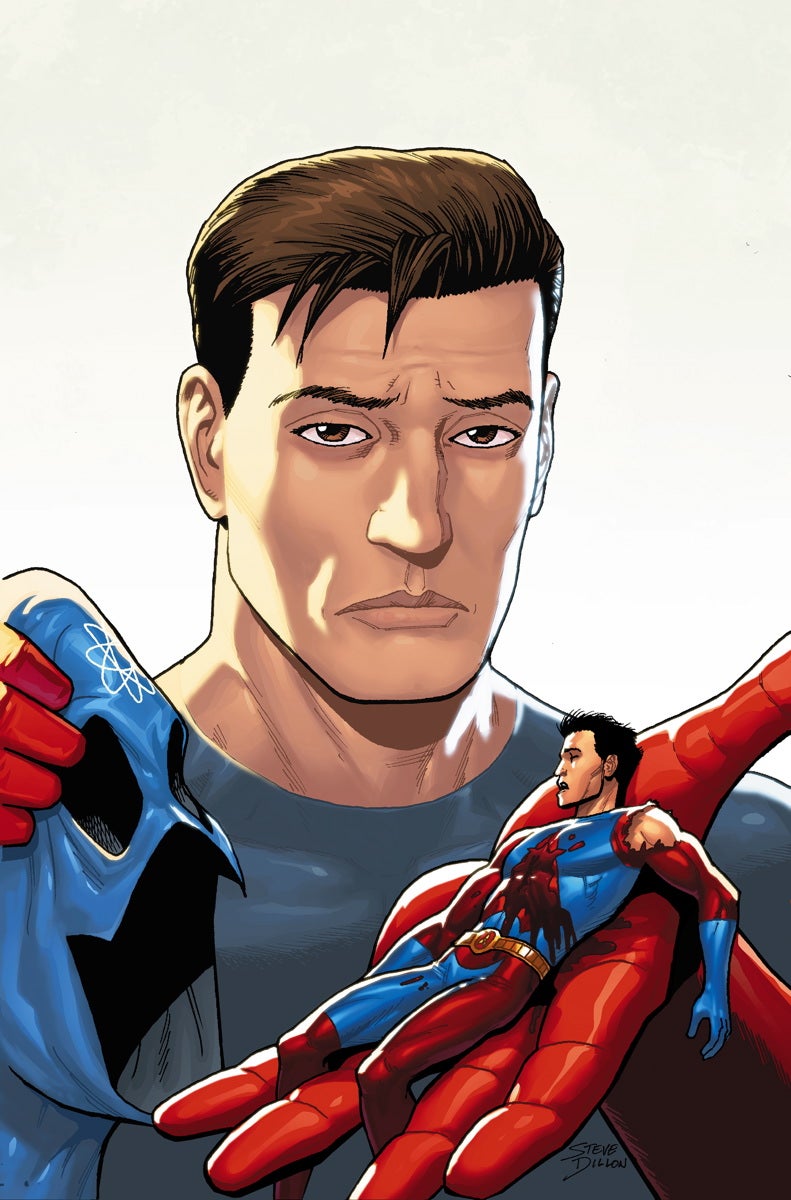 You've got history with Ray Palmer, but not with Ryan Choi, who will be a key part of this story. Was it interesting to be working on, essentially, a variation on a character in an event about numerous variations on familiar characters all kind of coming together?

I enjoy it when super-heroes meet their variants, and I'm clearly not the only one. As we're talking, DC is publishing the brilliant Multiversity and the competition is practically choking on arachnid people. Multiple versions of super-heroes are, like masks and ray-blasts, part of our alphabet. But somehow it still comes off as special. Maybe because it refutes the gritty, monotonous realism that periodically threatens to take everything over.

That said, did your time on the brilliant and underrated Hourman series serve as a North Star there a little bit? You didn't seem to limit yourself to one Hourman in that book all the time...!

Did you read the All-New Atom at the time, or did you need to go back and refresh yourself before starting here?

As a charter member of the Gail Simone Fan Club, I did enjoy All-New Atom when it came out. I reread it for this job, and it holds up terrifically. There's a quirkiness that recalls the writing of the late Steve Gerber, which is one of the highest compliments I can pay. It stirred me to try and build this story around some Gerber/Simone-style craziness of my own.

Deathstroke is, in many ways, probably the most beloved villain at DC who isn't entirely anchored down to one hero. Are you enjoying writing him here? 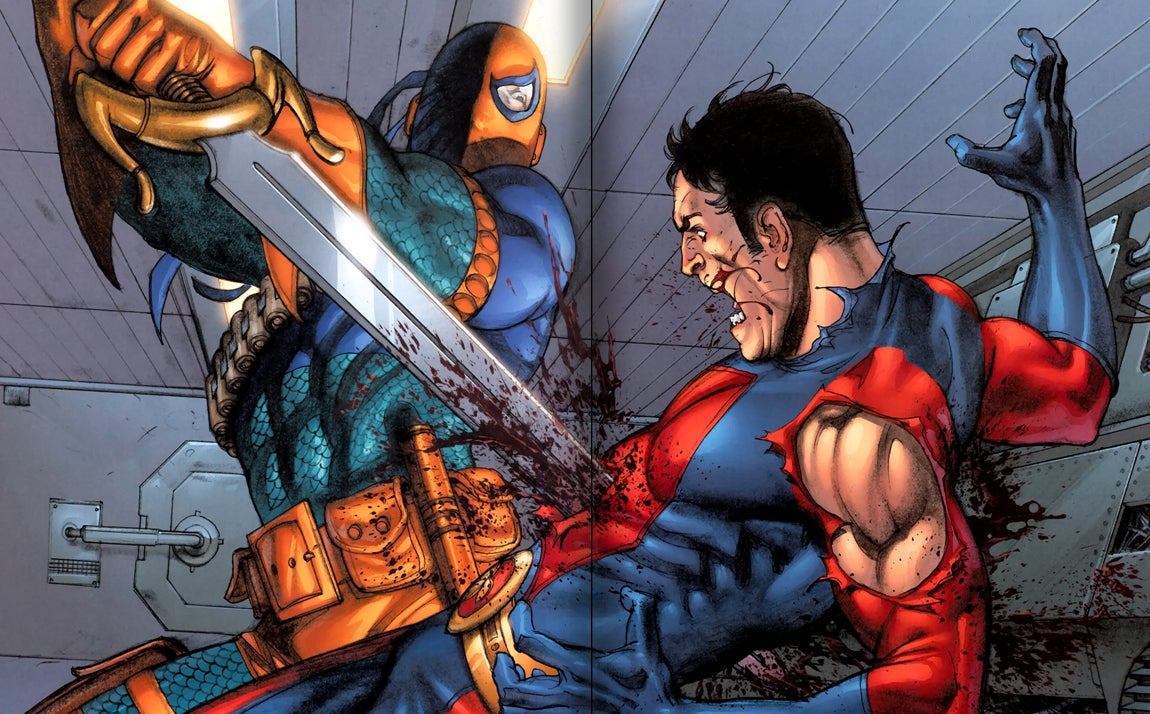 As the story opens, the characters and I are mad at Deathstroke for what he did to Ryan. First of all, don't murder someone we like.

Second, it's a comic book; why are you killing super-heroes with swords? Any idiot from the Dark Ages can run someone through. If you're going to kill The Atom, invent a ray that turns his flesh to uranium. Or lash him to a drone and send it into an active volcano. That's the least you can do.

So that's our beef with Deathstroke.

Do you view a story like Convergence as a way to give characters a better resolution, or a new beginning?

I have no idea if these stories are endings or beginnings. I wonder if anyone knows for sure at this point. I think and I hope our resolution is satisfying either way. But I wouldn't call it "better;" Deathstroke's murder of Ryan is someone's favorite story, and rightly so. I would never seriously disrespect the fans who love it, despite my rant about uranium and volcanoes. 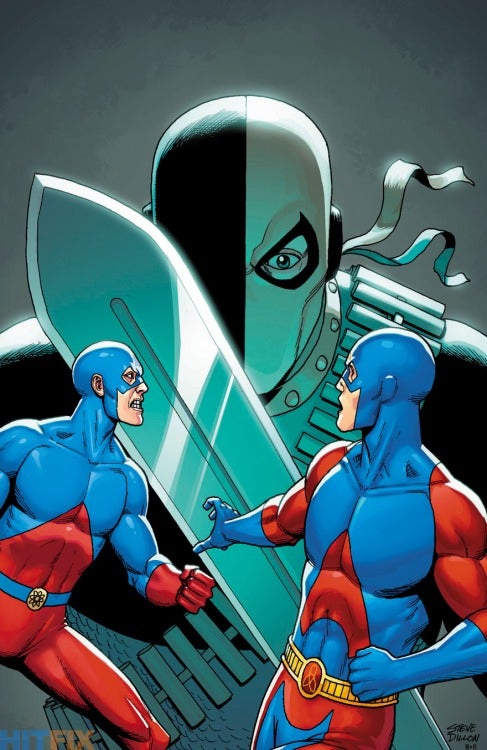 Was there any concern going in that, you're bringing this fan-favorite character back from the dead for a two-part story...and so you're either the jerk who teased them with the resurrection and then killed him a second time, or his safety is assured, robbing the story of some drama?

If I tried to anticipate every possible objection to what I'm trying to write, I'd never finish anything. I don't want any readers to think of me as a jerk or a drama-robber, but inevitably some will.

I can only hope they're very few in number and completely wrong.

What do you think is the appeal of a book like Convergence to creators and audiences?

Every age of comics was someone's first, and that period of discovery usually remains the favorite for life. So there's a real kick attached to seeing a new story from your pet era. The creator/character match-ups are noteworthy, too. Some reunions, some new matchups.

Steve Yeowell is such a huge talent, but somebody I tend to associate more with his Vertigo work. Whose idea was it to pair the two of you on this title?

I don't know, but whoever did it has my thanks. Marie Javins, was it you? And who got Steve Dillon to draw the covers? 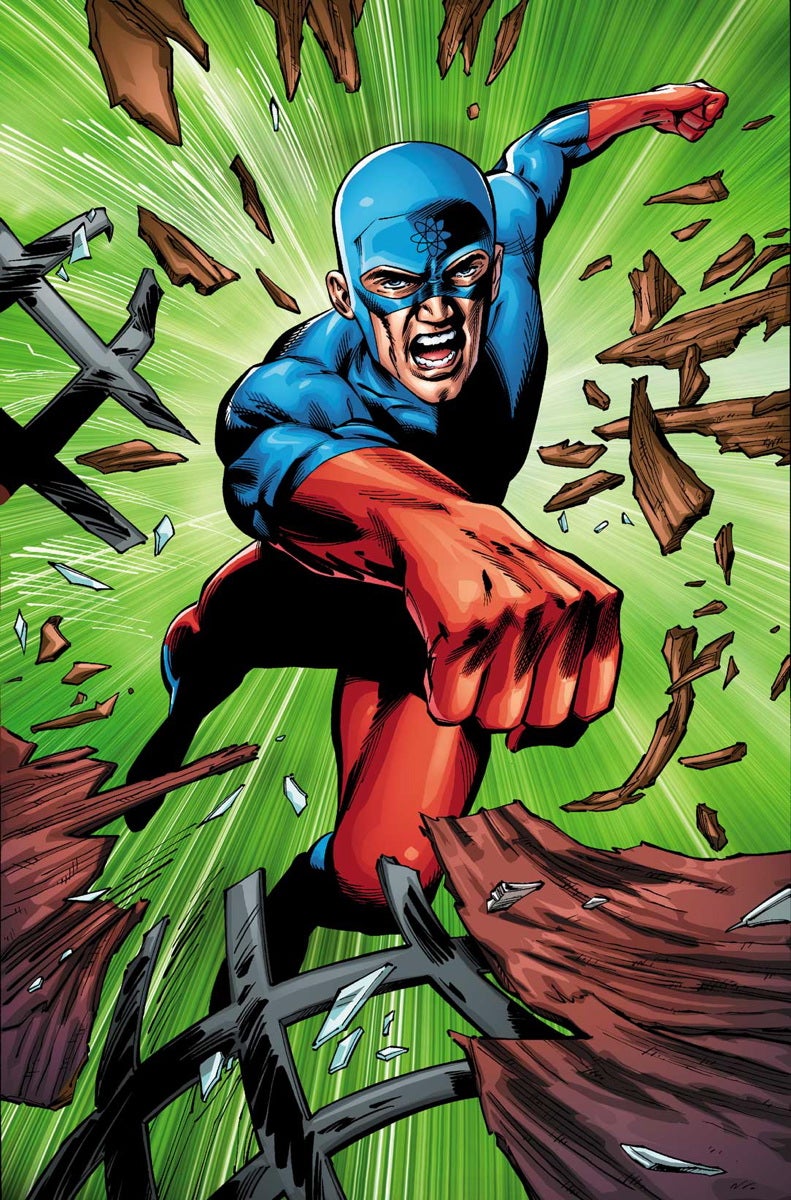 Our ol' Great Disaster-stoppin' pal Ray Palmer has had a rocky decade or so. What's his status quo as this story starts out?

His power has mysteriously changed. There's a nagging voice in his head that he fears is a psychiatric symptom. He's one step up from living on the street. And he's in Gotham City--not a place he'd choose to live, but it's sealed off and no one can leave. Despite all this, he keeps up the good fight, patrolling a rough section of town.

And it's not all bad; the neighbors are grateful. Free food happens.

How important was it to navigate him to a place in these two issues where maybe it's easier to remember the Ray Palmer of old?

He never stops being the Ray Palmer of old. Even though his powers are out of whack, even though he has that voice in his head, even though everyone treats him like he's crazy, he still puts the costume on and risks his neck to help people. That's a hero.

And of course, as you're doing this interview, Arrow has just released the first photos of Brandon Routh as The Atom. What do you think of Ray on TV, and is it gratifying to know that kind of multimedia attention will probably put this comics in hands that might not otherwise have bought it?

This proves he's as great as I've always said. "Who should we get to play The Atom?" "Let's see... how about Superman?" Of course. It would have to be Superman.

Covering Convergence: Tom Peyer Talks The Atom and The Return Fans Have Been Waiting For