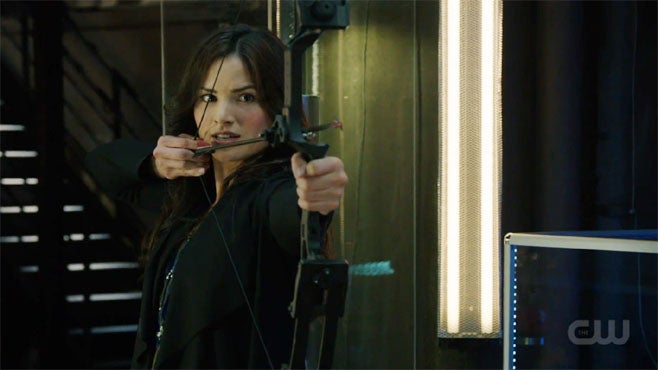 The CW has released an extended preview of this Wednesday’s episode of Arrow entitled The Magician.

A furious Nyssa returns to Starling City and confronts Oliver about Sara. When Oliver learns Malcolm Merlyn is alive, he suspects Merlyn may have murdered Sara. Oliver and Nyssa join forces and go after the Dark Archer, intent on bringing Sara's killer to justice.

The 50th episode in the Arrow series, the Magician promises to be a milestone. Not only does Katrina Law reprise her role as the “Heir to the Demon,” but actor Matt Nable makes his debut as Nyssa’s father, Ra’s al Ghul.

Written by Wendy Mericle & executive producer Marc Guggenheim and directed by John Behring, The Magician will air on Wednesday Oct. 29, at 8 p.m. EST, on the CW.