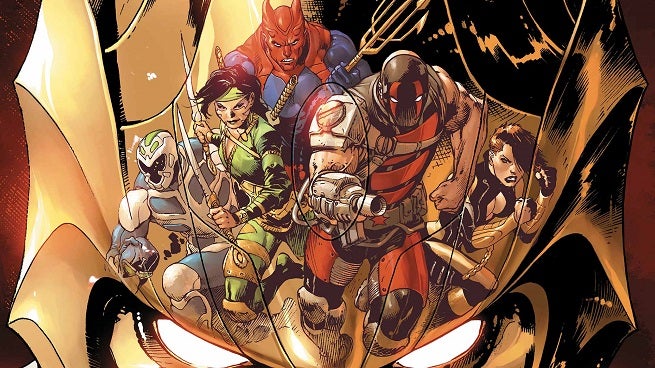 Last week saw the release of Aquaman and the Others #8, pitting The Others against Mayhem, a supervillain team fronted by the KGBeast and Cheshire and staffed by a diverse group of maniacs, mercenaries and Soviet ex-pats.

Not surprisingly, they're not all on the same page...but that still puts them ahead of The Others, who came to blows more than once.

Series writer Dan Jurgens joined us to talk about the issue.

Warning: Spoilers ahoy for Aquaman and the Others #8; if you haven't read it yet, go grab one and read along with us! 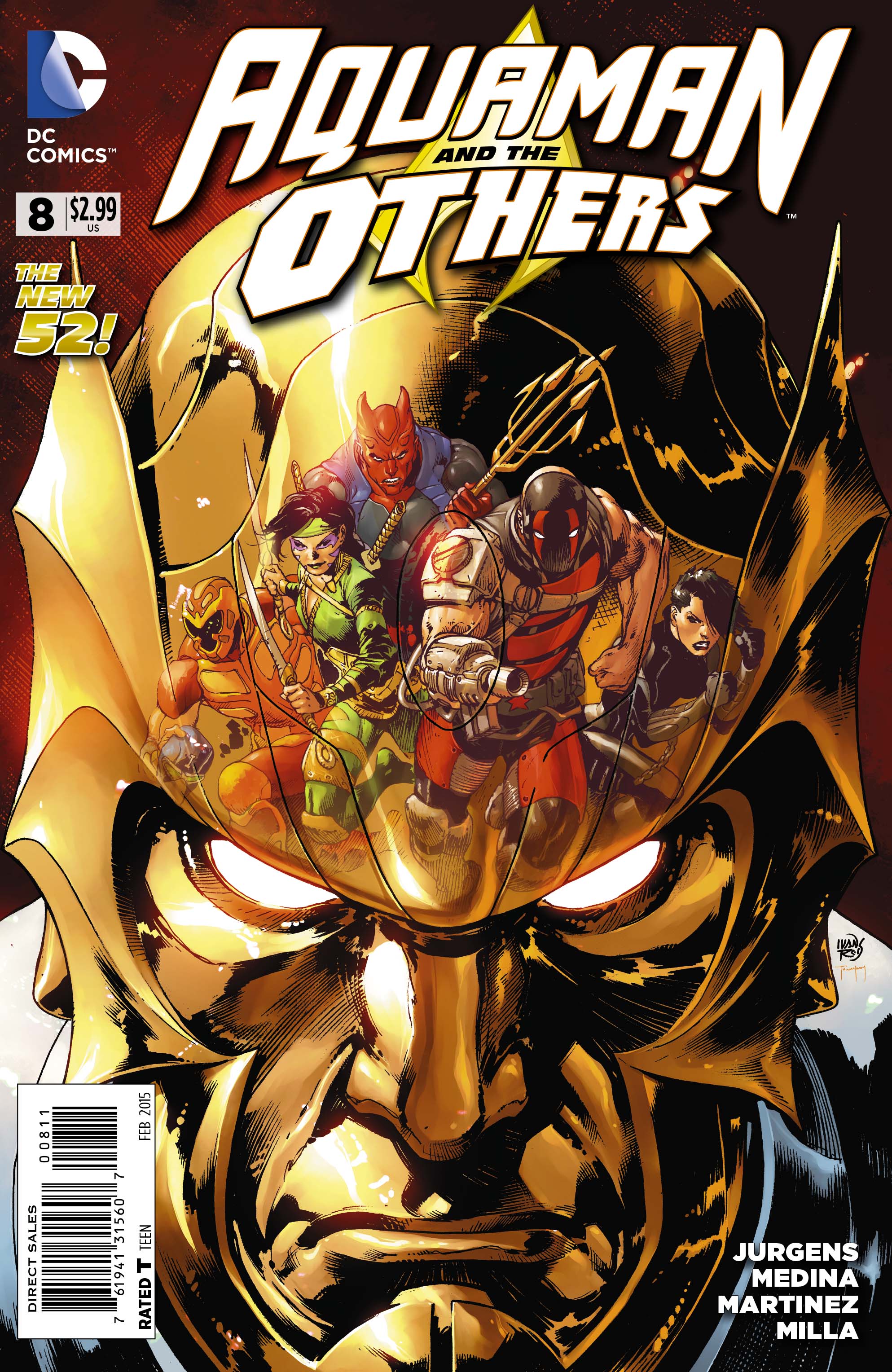 First off, we seem to have a much more tangible connection to Futures End this month in terms of the visions than we did last month. Is that a story progression or just that Sayeh was a bit more front and center here?

It's both. By now, I think fans are aware that Futures End has a particular destination. We're obviously building toward that with greater speed.

Since it involves the future, DC's resident seer of tomorrows, Sayeh, should have some inkling of that.

As we gear up for Convergence, will The Others have a role to play in Futures End?

Not in a direct fashion. As I said earlier, however, Sayeh should have some hint of what the future will bring.

How DOES the relationship between Torrez and his spirits work? Can they access his memories?

No, his spirits can't access his memories directly. There is, however, an awareness of who he is and the current life he's leading. Since they all knew him, they also know well of what he might have told them in the past, along with their shared experiences. 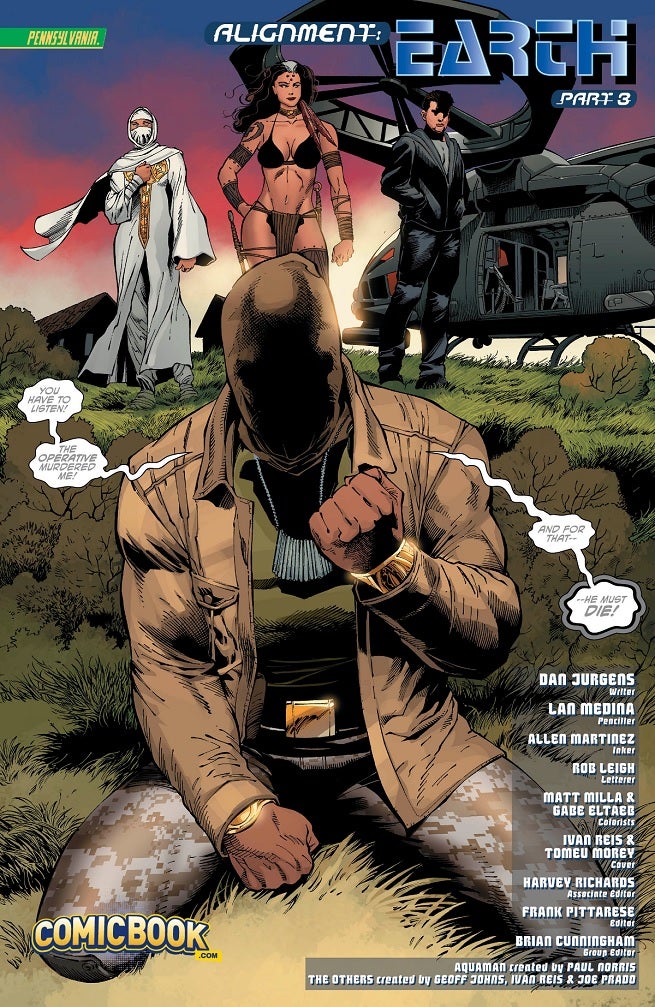 That said, will this experience queer him to letting them take over? If so, how will that impact the other voices in his head?

That's an interesting question because it brings up other questions.

First-- have any ever wanted to take over? Why would they? What is there to gain?

Second, we've seen him let individual personalities bubble to the surface in a very quiet way, such as Geoff wrote in Aquaman #13.

Generally, I don't think there's a desire for any of them to take over. They're friends. Brothers.

Except for Korec, who's obviously quite different.

I feel like the in-fighting we see on KGBeast's team is a more rational, disciplined version of the same kind of in-fighting you always expect to tear apart villain teams. Is that something you did by design or am I just reading into it?

Oh, it was very much by design.

When we usually see that it's because one of them is going loose cannon.

Here, it's really a question of goals. Not everyone in the group agrees on the best way to accomplish their goals. In fact, they may not even agree on the goals themselves.

Such are the perils of democracy. 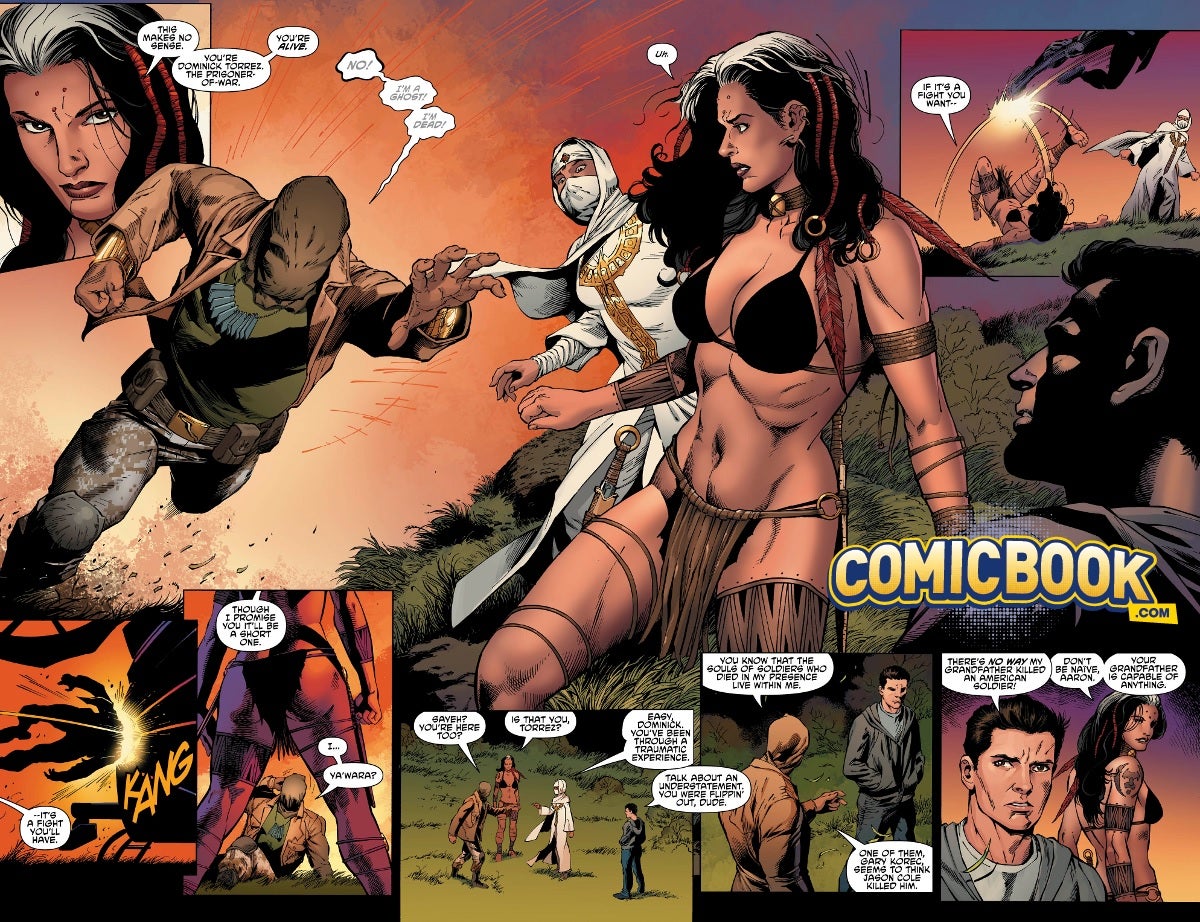 Is the idea that this team of villains, or a variation on it as time goes on, will recur in the title in the future?

That depends on the fates of the particular individuals involved. Stay tuned!

It's kind of rare that your powerhouses are more earthbound on this team and the fliers a bit more "human." Does that make something like a satellite, which Superman or somebody could just punch, a bit more of a threat from a storytelling point of view?

I pointed out the lack of overall power and flight capability quite early in the series. I don't see it as a weakness as much as a question of who they are and the types of missions they take on.

They're much more about espionage, black ops and dealing with problems on a more localized level. 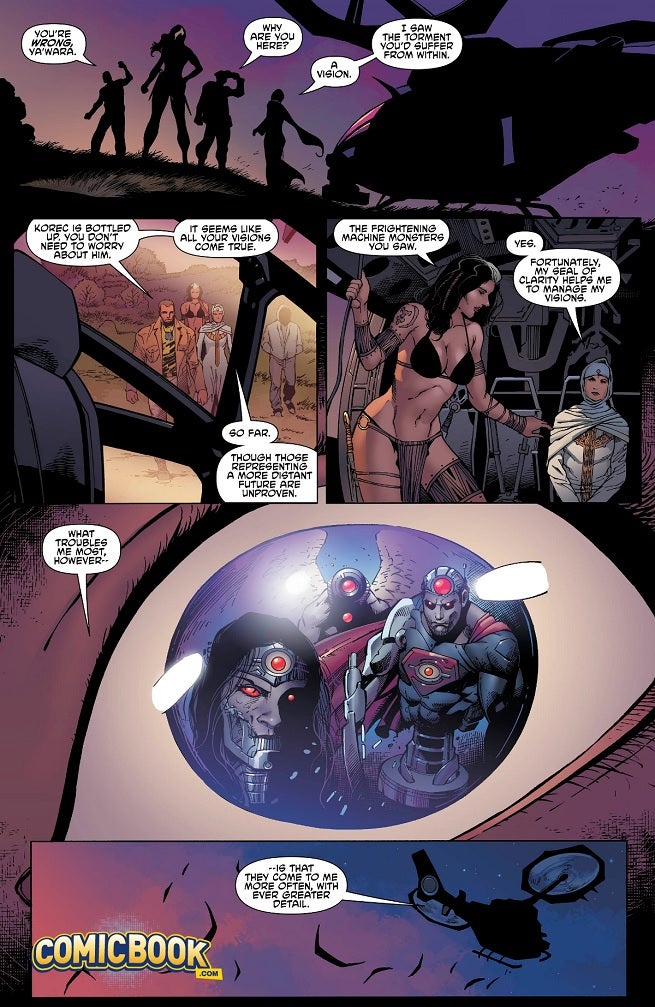 It's, ahh, hard to avoid noticing that Mera refers to Futures End as a "great disaster." Should we read into that?

Oh, c'mon. She said that in the most general of ways. Like, "Some kind of great disaster."

Any chance we'll see Rocket Red along the way here? Seems like he's the only key player missing from the Russian family reunion....Well, and Kilowog.

I obviously dealt with Rocket Red in Justice League International. And, believe it or not, I toyed with the idea of a RR in Mayhem. But, ultimately, I simply decided that it would have detracted from the story I wanted to tell. Too much, "Ghosts of JLI past."

Were you trying to subvert expectations a little bit with the Korec twist? I mean, usually it's when they DON'T accept help that you get to the other end of the trip and somebody's got a trap for you!

Yeah, I wanted to turn things a bit. I don't know that I'd say "subvert expectations" as much as I'd say that I wanted a slight turn.

Dan Jurgens Talks Aquaman and The Others #8, Futures End and Villain Team Chemistry