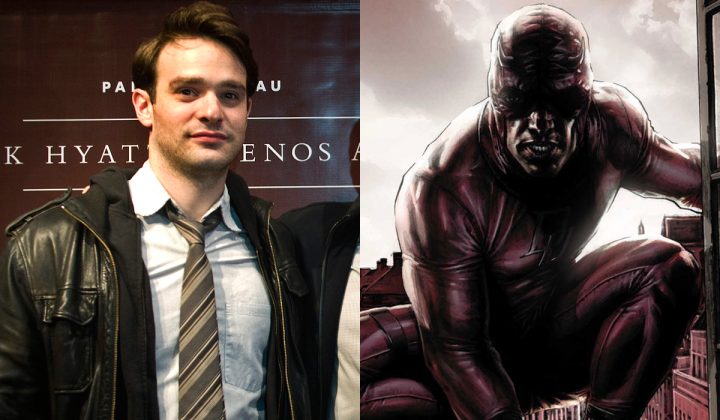 It looks like Marvel Studios' Daredevil will embrace the dark source material its lead character stems from.

In an interview with The Hollywood Reporter, Daredevil & Matt Murdock actor Charlie Cox said that the upcoming Netflix series could be Marvel's darkest project to date. That darkness, Cox elaborated, will stem from Matt's borderline obsessive dedication to his war on crime as Daredevil. As Matt embraces his role as Hell's Kitchen's vigilante, he soon discovers that he can't resist in his nocturnal crusades.

"He's going out and he's taking the law into his own hands, and he doesn't know if he can stop," Cox told The Reporter. "He might be addicted to it."

Daredevil is certainly built for a dark treatment, both thematically and visually. Many of the character's most acclaimed adventures, from Frank Miller's run to Brian Michael Bendis', are rooted in gritty, street-level sensibilities. Until Mark Waid's current run on Daredevil, the character held a reputation for enduring tragedy, misery, and heartache. Basically, it's never easy being Hornhead.

These dour developments would stray from what Marvel Studios has produced thus far. While enjoyable across all age demographics, a majority of Marvel Studios' productions have always strived to balance lighter, family-friendly moments with their intense and serious ones. Think Spider-Man compared to The Dark Knight. The only exception, perhaps, might be this year's Captain America: The Winter Soldier.

Viewers will see where Daredevil falls on that spectrum when it becomes available on Netflix next year.

Daredevil Is Much Darker Than Anything Marvel Has Done Before