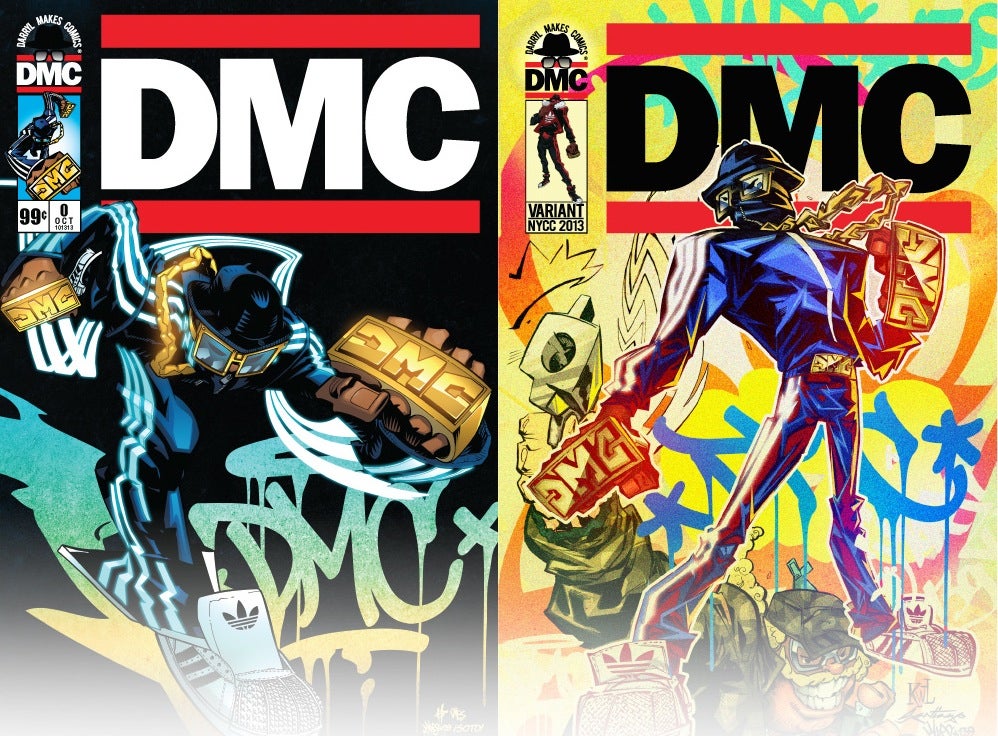 Before one of the world's most iconic hip-hop artists even knew how to throw down a beat, he was something else entirely: A comic book geek.

Speaking with Bloomberg TV, Darryl "DMC" McDaniels of Run-DMC explained how comic book superheroes were the first passion in his life. A self-described "geeky, nerdy kid," McDaniels said he grew up on a steady diet of Spider-Man, Batman, and other superheroes.

In fact, McDaniels attributed much of his academic success to comics. Despite his teacher's condemnation of comics, the future-rapper used the four-color adventures as his gateway into reading and writing. Through Captain America, he learned the history of WWII. By reading Iron Man, he discovered the world of science and technology.

"My world, my total existence, was enhanced, inspired, motivated, and educated by the world of comics," McDaniels revealed. So to all the RUN DMC fans out there, thank comic books when you get the chance.

Now, McDaniels is returning to his first love by publishing his very own line of comics, "Darryl Makes Comics" (or DMC). The series follows McDaniels in an alternate reality 1980's New York City, where he chooses the path of a vigilante instead of a music artist.

You can hear McDaniels describe his comic-fueled childhood here: