DC Comics solicitations for January 2015 have been released, and Comicbook.com is here to give you a list of important highlights and must-reads. January has a handful of fun stuff including a guide to The Multiversity written by Grant Morrison, the return of Damian Wayne in Batman & Robin, premier of Blue Bird in Batman Eternal, a new Vertigo book from Tim Seeley, and a long overdue Warren Ellis reprint from Vertigo.

THE MULTIVERSITY GUIDEBOOK #1 By Grant Morrison 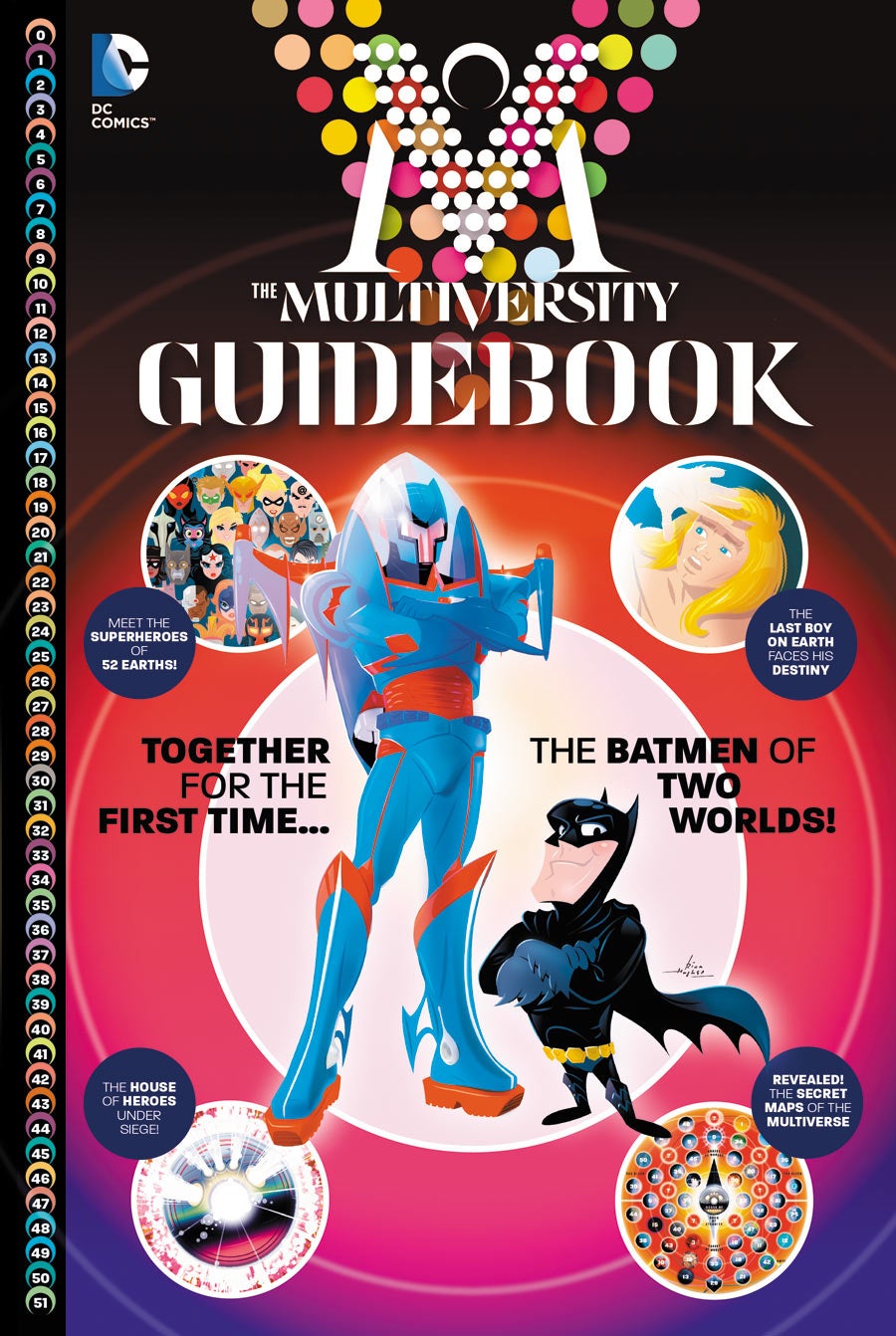 The magnum opus of Grant Morrison's work at DC, The Multiversity is only three isues in and already its complexity rivals that of even his most intricate of work Final Crisis or The Invisibles. Having an 80 page Rosetta Stone to the multiverse that's actually written by the man who spent a decade designing it in all of its complexity is an exciting idea, and I can't wait to read it. Here is the official solication:

On sale JANUARY 21 • 80 pg, FC, $7.99 US • RATED T
Retailers: This issue will ship with five covers. Please see the order form for more information.
The guidebook to the greatest adventure in DC's history is here!
With a detailed concordance featuring each of the 52 worlds in the Multiverse, a complete history of DC Comics' universe-shattering "Crisis" events, a map of all known existence, AND an action-packed dual adventure starring Kamandi of Earth-51 alongside the post-apocalyptic Atomic Knight Batman of Earth-17 and chibi Batman of Earth-42, this 80-page mountain of MULTIVERSITY madness cannot be missed!
The MULTIVERSITY GUIDEBOOK contains everything you ever wanted to know about DC's parallel worlds and their super-heroic inhabitants. Meet the Agents of W.O.N.D.E.R. The Light Brigade, the Super-Americans and the Love Syndicate! Meet the Accelerated Man, Aquaflash, BiOmac and more!
Overflowing with today's top artists and completely written by Grant Morrison himself, readers of the DC Universe can't afford to pass up this oversized, sixth chapter of MULTIVERSITY! 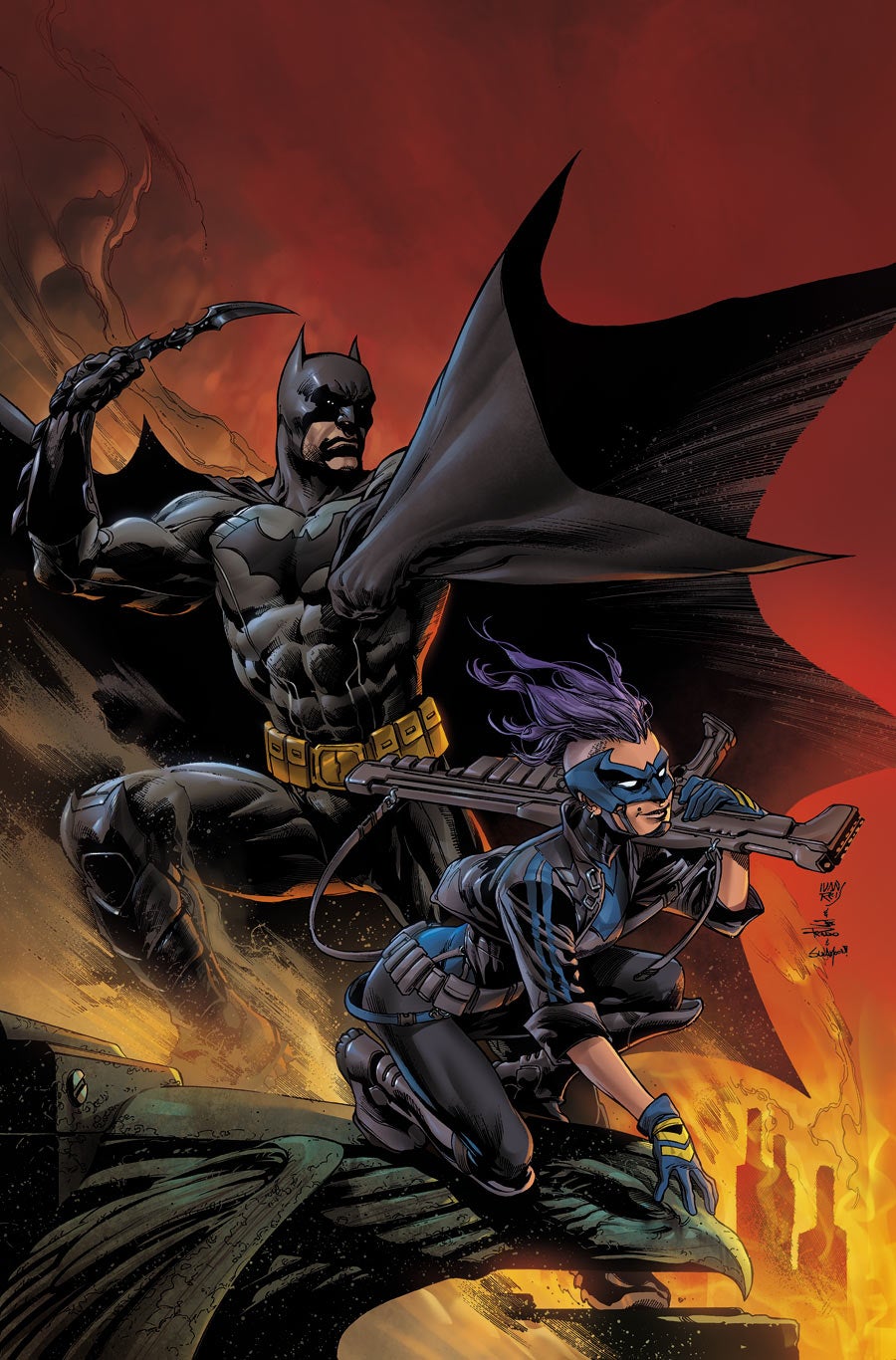 The long awaited premier of the DC Comics character that has the most heart warming real life origin story. Scott Snyder was given a hand drawn comic by a little girl at a con who was dressed up as her own character "Bluebird." Scott loved it. Just about one year later, here it is. 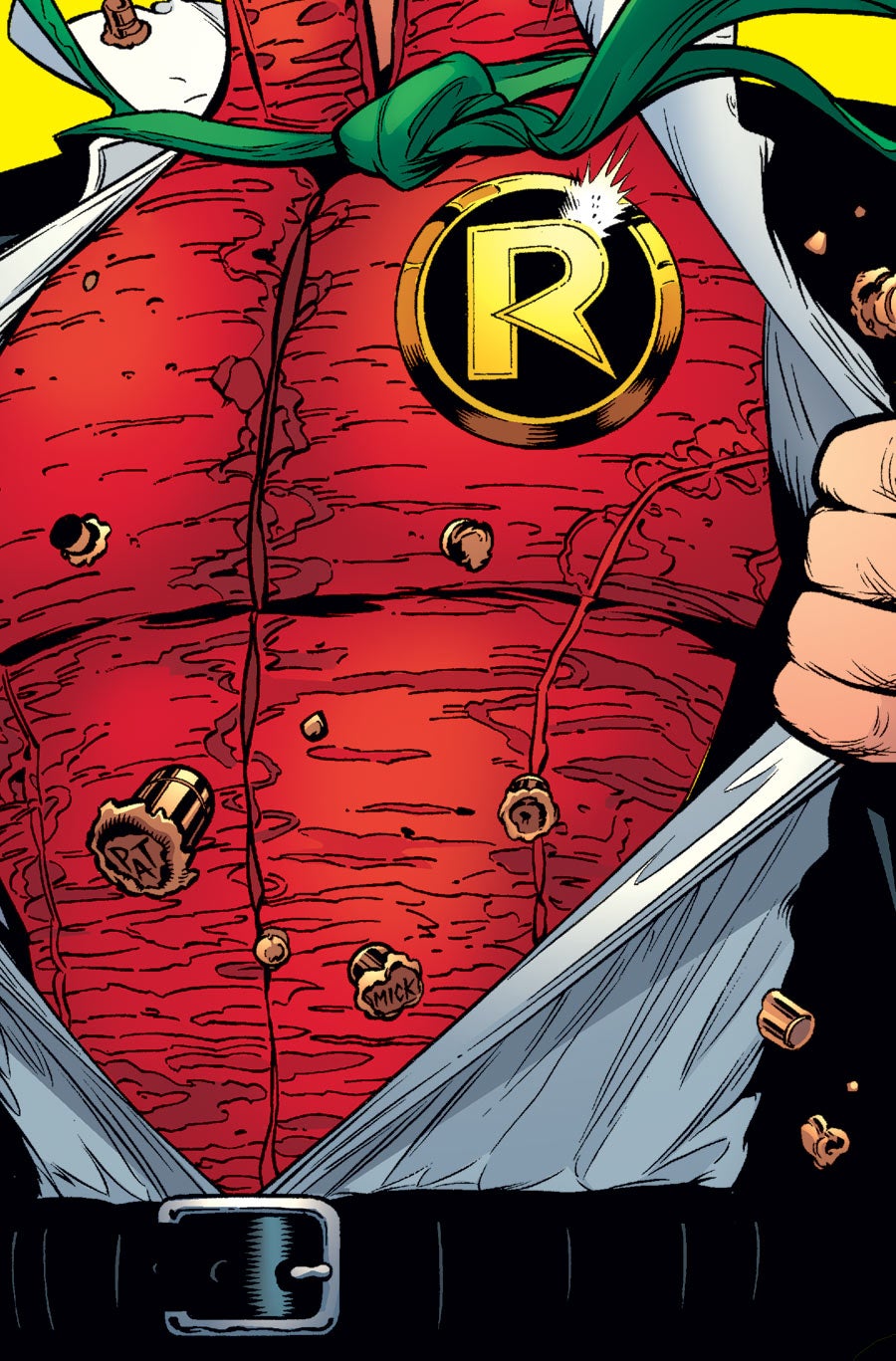 On sale JANUARY 21 • 32 pg, FC, $2.99 US • RATED T
Retailers: This issue will ship with two covers. Please see the order form for more information.
The team of Batman and Robin are together again! But what is the new dynamic for this crimefighting duo now that Damian has super powers of his own? 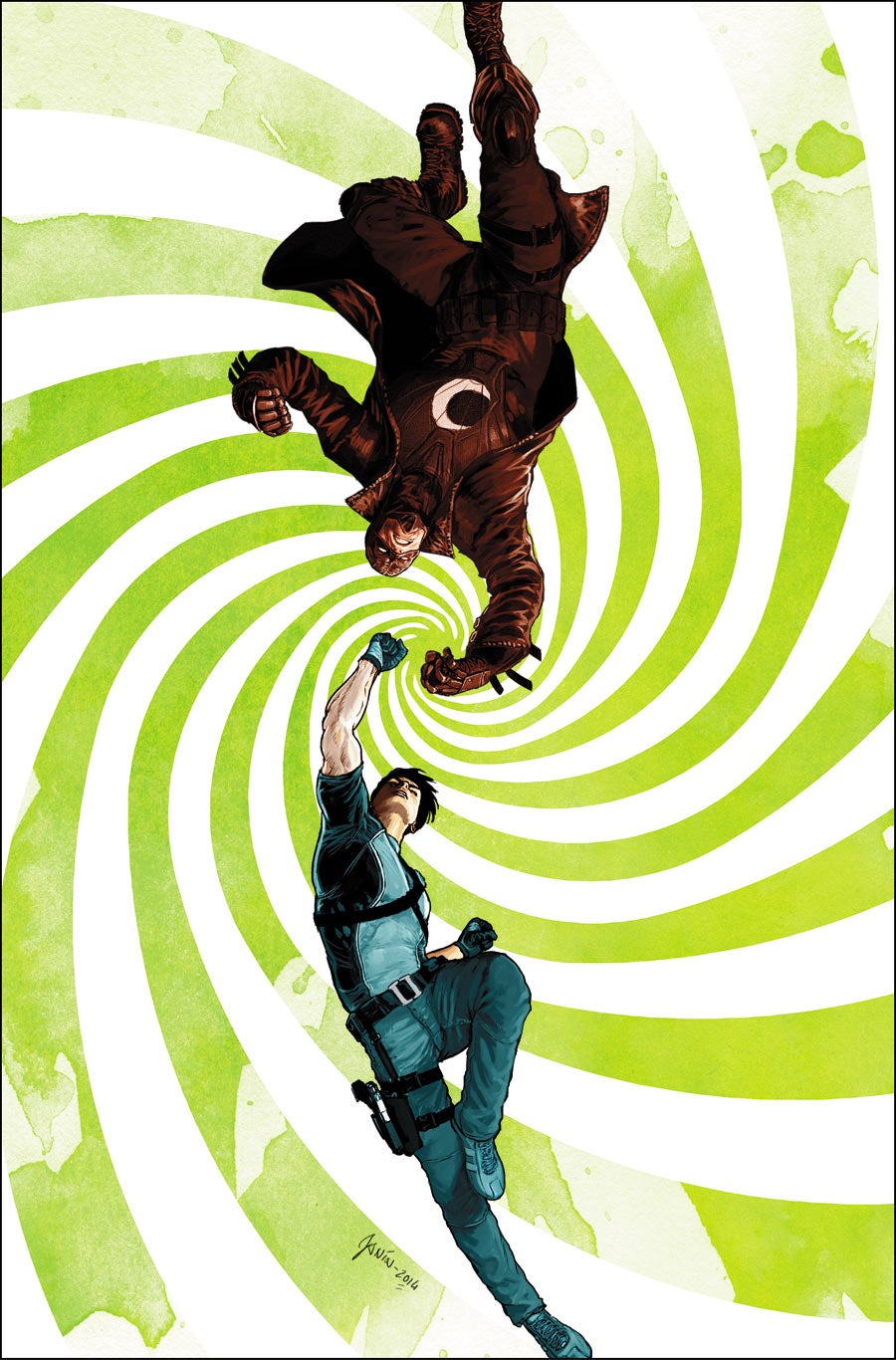 Honestly, I've been enjoying Grayson way more than I thought I would. I don't mean that as a slight on the creative team, because they are stellar. I guess I just wasn't sold on the idea of Dick Grayson as a spy, but after reading the first couple issues, I'm sold. Tom King and Tim Seeley's keen eyes for sharp espionage tales combined with the Spyral threads left from Morrion's Batman Incorporated has made this book a complete success. This month's pairing of Grayson and The Midnighter is an inspired idea that I'm really looking forward to. 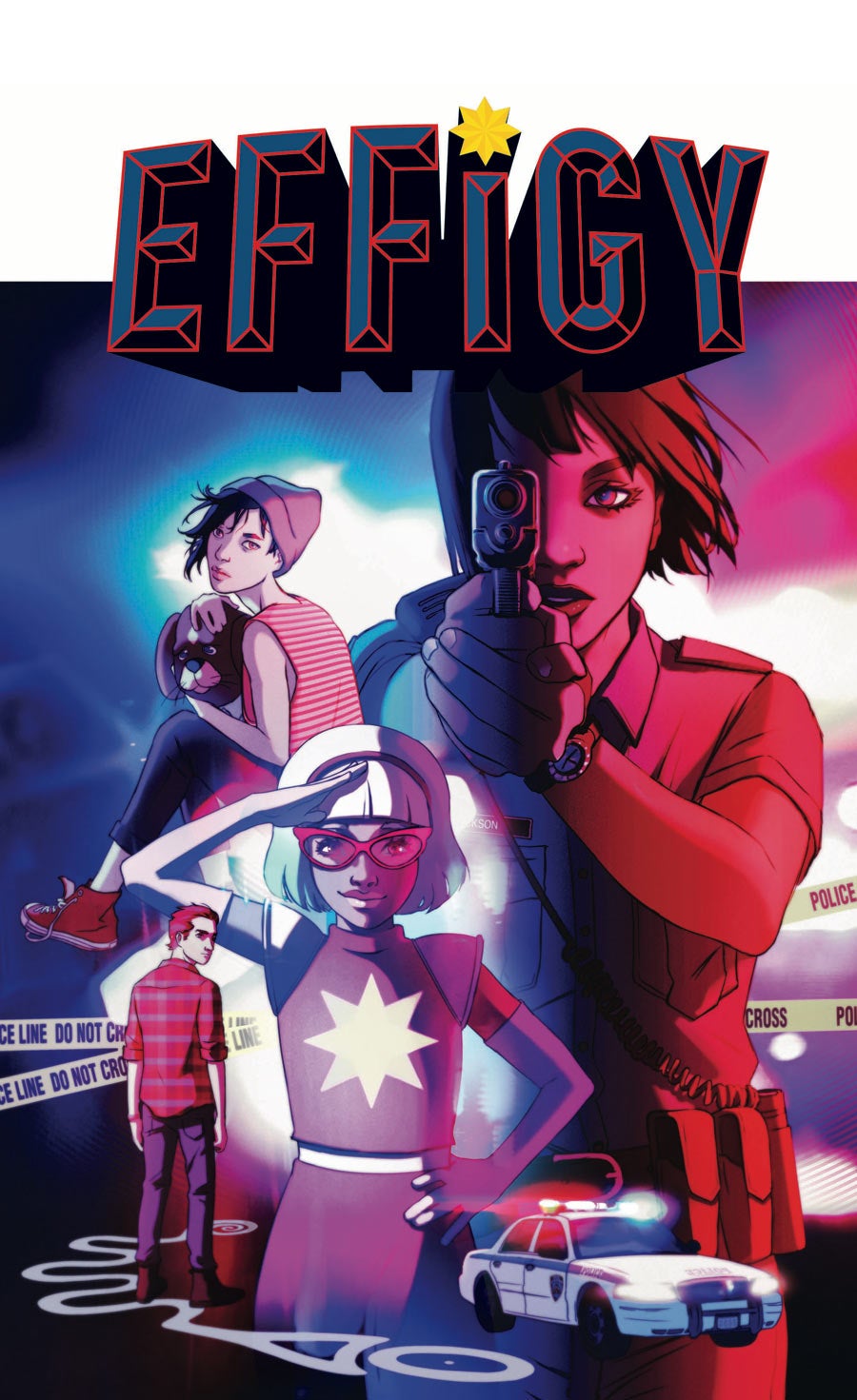 A new Vertigo series by the mastermind behind the cult hit Image series Revival? I'm in. Seeley is a creator to watch. His work on DC's Grayson has been stellar as well, and I look forward to whatever new projects he embarks on. Here's the solicit:

After a sex-tape scandal, former Hollywood child star turned Z-lister Chondra Jackson returns to her hometown of Effigy Mound, IL, to find a seemingly impossible crime – a fresh corpse in an ancient Indian burial site. Even weirder, the murder resembles a scene from an episode of her old TV show, Star Cop, a live-action children's show about a kid detective.
As Chondra starts to investigate, she stumbles upon a bizarre cult that worships celebrities as eternal effigies. And these cult members aren't just worshiping – they're also ritually sacrificing anyone who defies their veneration of the beautiful and famous. Chondra's probe takes her on a terrifying tour of burial mounds across the world, from Stonehenge to the Nazca Lines of Peru. But what is the link between the cult, Chondra's hometown, and her own bloodline? Will Chondra become the hero detective she played as a child…or is she in fact the cult's unwitting messiah?
Written by rising star Tim Seeley (BATMAN ETERNAL, GRAYSON, Revival) and illustrated by Marley Zarcone (Black Circle, MADAME XANADU), EFFIGY is a twisted murder mystery and conspiracy tale that examines celebrity, godhood, and the price of fame. 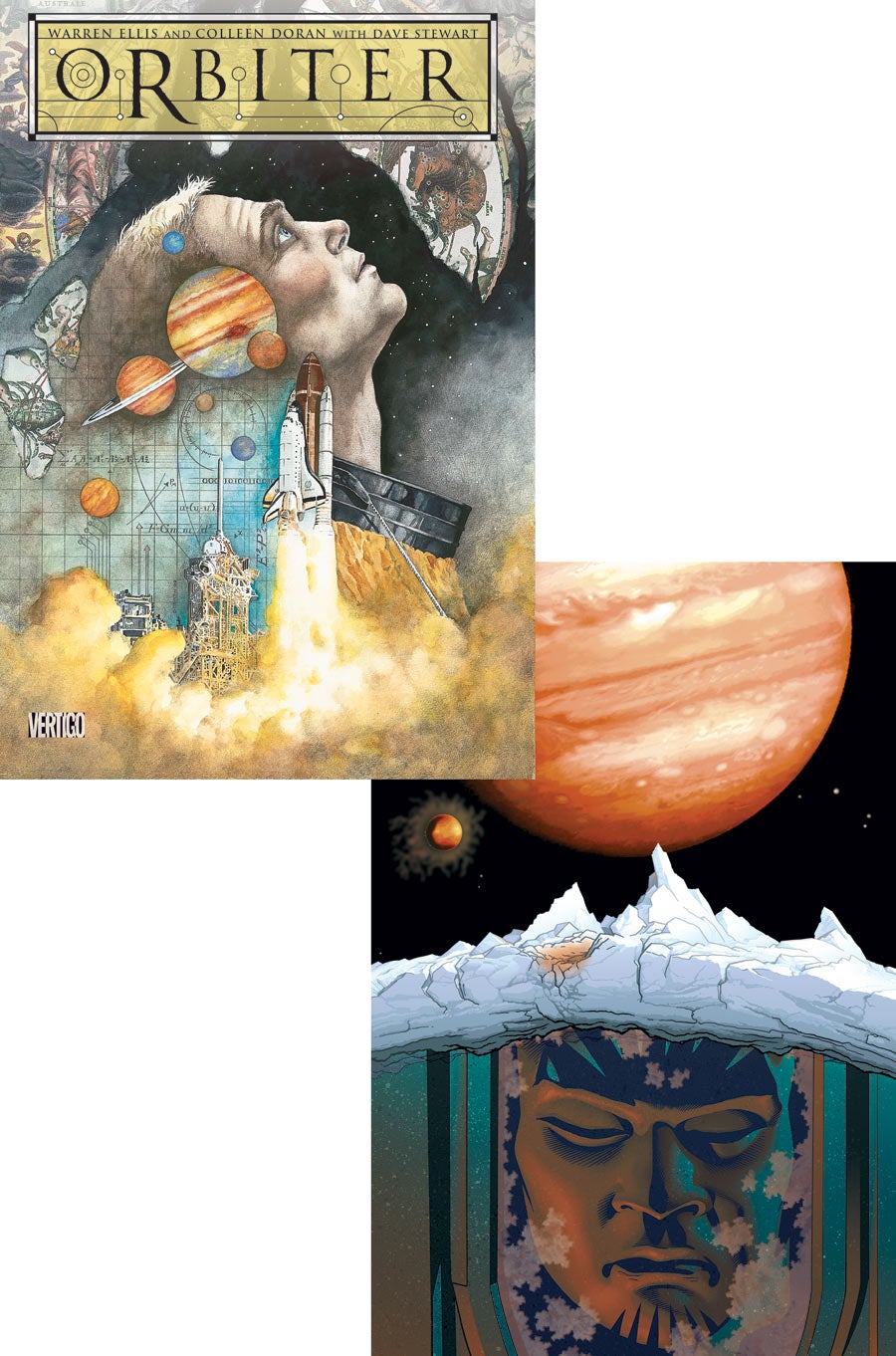 Technically, this comes out in March, but its listed in the January solicits so I included it here because it's exciting news. I haven't actually read either of these Vertigo titles -mainly because they have been out of print- but I know multiple a lot of people who swear by these books, and I'm really happy that Vertigo is making them available again, together, in a deluxe hardcover.

Two classic science fiction epics written by Warren Ellis are collected together for the first time! In OCEAN #1-6, U.N. weapons inspector Nathan Kane must learn what lies under Europa's half-mile-thick mantle of ice. And in the original graphic novel ORBITER, a long-missing space shuttle crash lands on Earth to unlock a mystery that will unfold deep in outer space.