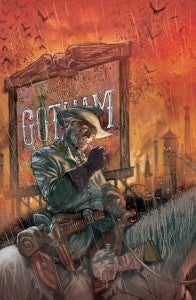 Recently, I got a press release from DC Comics touting the new 52. As every comic book fan already knows, the new 52 refers to DC Comics re-numbering their entire line of comics with 52 first issues. DC Comics even went as far as to register the domain name TheNew52.com and to make a special video promoting the new 52. Being the conspiracy type, I started wondering what the significance of the number 52 might be. Does the number hold any special meaning? Why not 53 new comics? Or 69 new comics? Or 420 new comics? Certainly, there were other characters worthy of their own titles? Why no JSA? Why no Plastic Man? Why no Shazam? Why did DC Comics have to stop at 52? This is not the first time that DC Comics has shown a fascination with the number 52. Back in 2006, DC Comics started publishing a weekly comic book series called 52, which detailed the missing year between Infinite Crisis and One Year Later. While 52 was published weekly over the course of a year, the ultimate secret of the book was revealed to be that the multiverse was recreated with 52 separate Earths at the end of Infinite Crisis. Could this be reason that DC Comics stuck with 52 issues on their re-launch? Not satisfied with this answer, I thought back to my most recent visit to my local comic book shop, and it suddenly hit me. The comic shop owner had told me that with the changes at DC Comics he was asking everyone to re-do their hold lists. After he asked me what DC Comics titles I would want to include on my hold list, I started thinking. First, I added the titles like Justice League and Action Comics, where I'm really excited about the creative teams. Then, I added some of my favorite characters that I've been buying for years like Green Lantern and Flash. Continuing on, I added some of the characters that I'm excited to see back in their own series like Firestorm and Swamp Thing. Of course, I also had to add some of the darker titles that look interesting like Animal Man and Justice League Dark. Then, I started worrying that there might be an overlooked gem among some of the other titles. Why not give I, Vampire or Hawk & Dove a chance to surprise me? So, I finally just said that I guess I would try the first issue of all of them. Yes, I signed on to buy all 52 first issues, not wanting to risk missing the beginning of that one title that could turn out to be the most awesome comic book ever. Then, it hit me what the significance of the number 52 was. In my youth, I always took great pleasure in playing a card game called 52 pick-up with unsuspecting friends. For any who might have missed out on this delightful game in their tween years, it basically involves scattering a deck of 52 cards on the ground and telling the other player to pick them up. 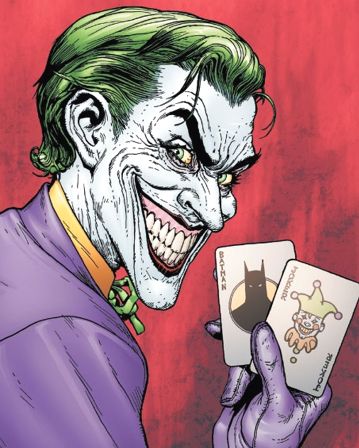 DC Comics has just played 52 pick-up with comic book fans. DC Comics took their entire universe and jumbled it up, scattered it around, and asked fans to pick it up. Of course, as someone who writes about comic books, I am probably more prone than most to pick up all 52 issues. Not all fans will pick up all 52 issues, but I bet most fans are picking up more DC Comics on August 31 than they have in the past. That's some mighty fine card playing by DC Comics.