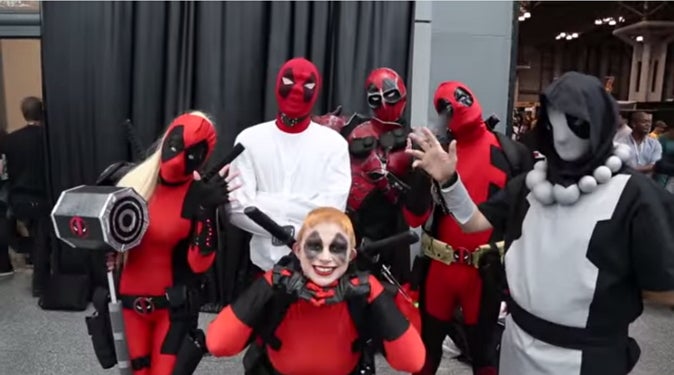 There were a lot of Deadpool at New York Comic Con this past weekend.

At one point, a whole group of them got together at the Javitz center to have themselves a bit of a party.

Mashable caught the whole thing on tape. You can see it below:

It’s unclear if this group of Deadpools is the same group that made their way through the convention to creator Rob Liefeld’s table, reportedly shouting “Rob rules! Rob rules!” along the way.

The army of #deadpoolcorps stormed the floor of the #nycc and marched through artist alley ending up at my table chanting "Rob Rules, Rob Rules" I was overwhelmed! Thank you every #Deadpool cosplayer for your creativity and enthusiasm! You rocked every variation of those costumes!! #robliefeld

Deadpools have a lot to be happy about these days, with a film in production for release in February 2016, and a new miniseries released this weekend at New York Comic Con.