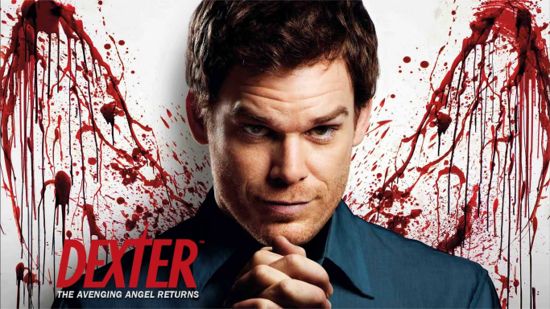 Netflix and CBS Corporation have just announced a content licensing agreement in which all eight seasons of the SHOWTIME drama “Dexter” will become available for Netflix members in the United States.  Beginning on Halloween (Oct. 31, 2013), the first four seasons of the award-winning series will be available to watch instantly; seasons 5-8 will begin on Jan. 1, 2014.

Starring Golden Globe winning actor Michael C. Hall, “Dexter” tells the story of Dexter Morgan, America’s favorite serial killer. As a Miami forensics expert, he spends his days solving crimes, and nights committing them. But Dexter lives by a strict code of honor that is both his saving grace and lifelong burden. Torn between his deadly compulsion and his desire for true happiness, Dexter is a man in profound conflict with the world and himself.

“We’re thrilled to have ‘Dexter,’ one of SHOWTIME’s highest-rated shows on Netflix, and so quickly after it completed its record-breaking run,” said Ted Sarandos, Chief Content Officer for Netflix.  “This is one of the great serialized dramas of the past decade and we know our members will enjoy discovering or reliving the twisted world of Dexter Morgan anywhere and anytime they want.”

“We’re excited to expand our relationship with Netflix’s premium service with this groundbreaking SHOWTIME series,” said Scott Koondel, Chief Corporate Content Licensing Officer, CBS Corporation.  “SHOWTIME has created one of the signature programming brands on television, and this agreement for ‘Dexter’ further demonstrates the value of this content in the marketplace while expanding the show’s passionate fan base to a whole new online audience.”