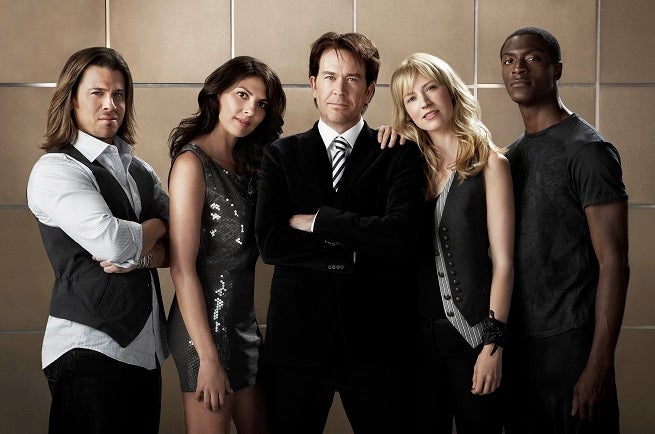 Former Leverage showrunner Dean Devlin got everyone talking tonight with a cryptic Facebook status that seemingly suggests that he is working on a feature film version of the late, lamented TNT series.

"I can't tell from the comments," he joked. "Is anyone interested in a LEVERAGE movie?"

Of course, here's the thing: As with any project where the fans are obsessively demanding a follow-up (Dredd is my favorite), it's difficult to tell whether he's actually teasing that progress has been made on a Leverage movie or just getting everyone riled up for another round of enthusiasm. Nearly every post he makes is swarmed by Leverage fans demanding a movie, so it's equally possible that there a real plans or that he's just having fun with how into it they are.

Another thing that makes it difficult to get a feel for is that this took place on Facebook, where the algorithm has recently changed. Anecdotal experience is that Leverage appears to be making a lot more posts lately -- an odd thing to do for a TV series that's been off the air for a while -- but it's hard to know for sure whether they're actually making more posts than usual or whether fans reporting as much are just seeing it in their feed more.