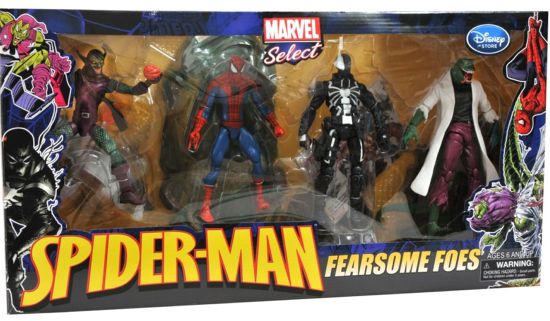 Marvel has announced that they have partnered with Diamond Select Toys on some new Marvel Select figures for the Disney Store. The figures include Savage Hulk, Lizard, Flash Thompson as Venom, and a Spider-Man: Fearsome Foes boxed set.

The Savage Hulk figure is a new, modern Hulk based on artist Marc Silvestri's rendering of the character in recent issues of the Incredible Hulk from Marvel Comics. Depicting a more intelligent version of the Hulk than previous Select offerings, this figure was sculpted by frequent Marvel Select contributor Jean St. Jean, and stands over 9 inches tall with 16 points of articulation.

The Lizard figure is an all-new sculpt by Gabriel Marquez (who did MS Magneto). While a previous movie-based Lizard has been released, this figure is the Marvel Select line's first rendering of Dr. Curt Connors based on his classic comic-book appearance. Sporting 16 points of articulation, including double-jointed knees, he stands over 8 inches tall and comes with a New York City street display base.

The Venom figure is based on the Flash Thompson version of Venom. Flash Thompson is not only the latest host to wear the Venom symbiote, he's also the one with the most training. A decorated soldier before he lost his legs in the Middle East, Flash uses the Venom suit to undertake dangerous missions for the government, and to complete his missing limbs. This 7-inch figure, also by St. Jean, comes with two weapons and 16 points of articulation and comes packaged with a wreckage-strewn display base.

The Spider-Man: Fearsome Foes box set includes Spider-Man, Lizard, Venom and the Green Goblin. Both the set and the individual figures are only available at the Disney Store, as well as at marvelstore.com and disneystore.com. 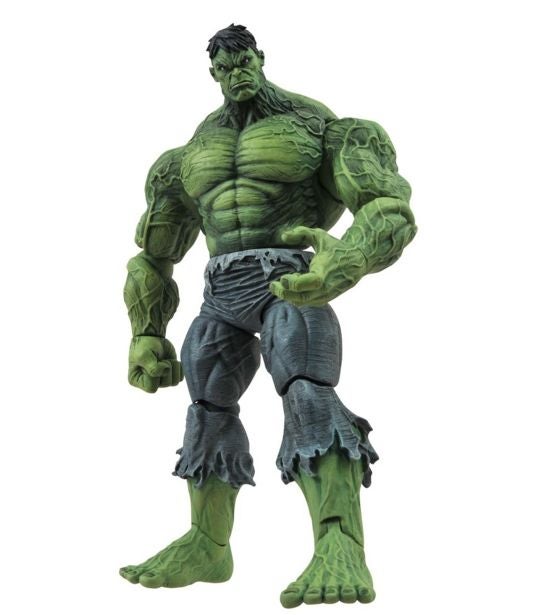 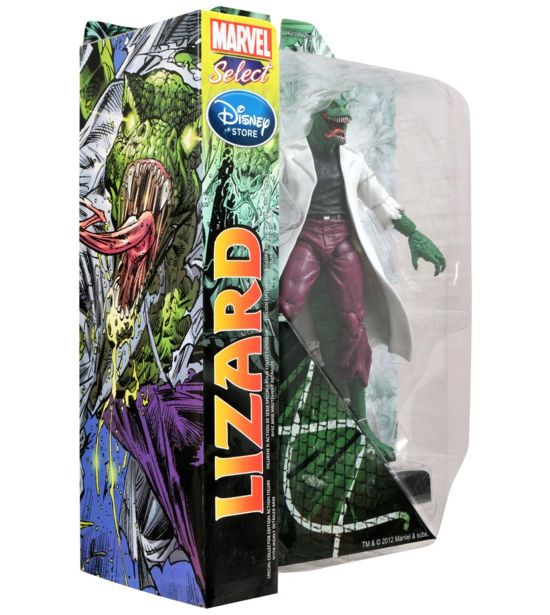 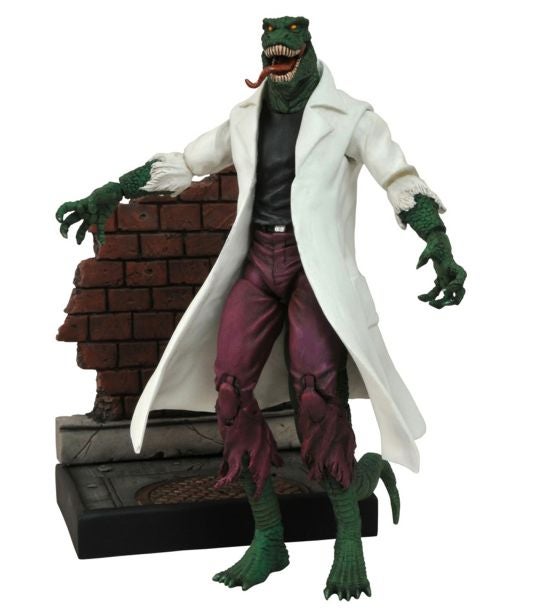 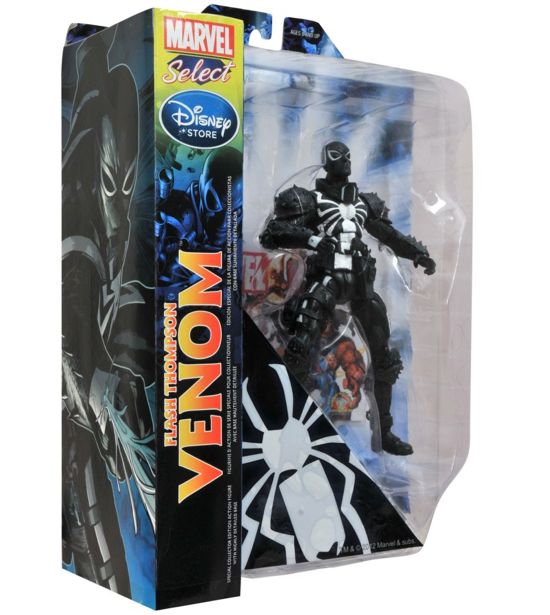 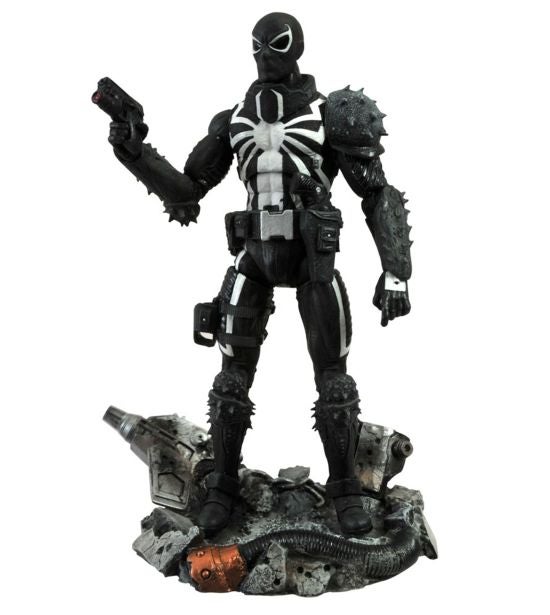 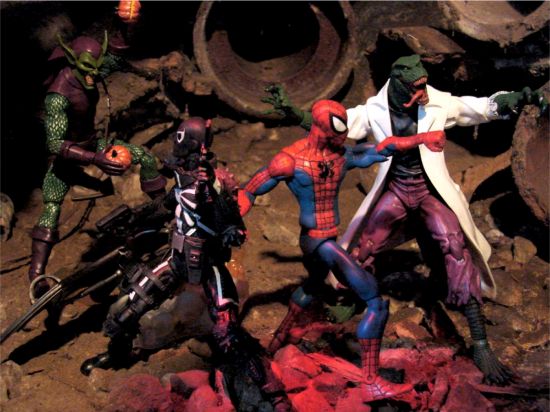