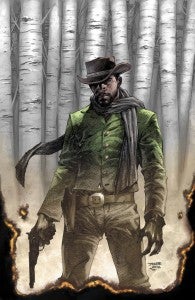 The comics adaptation of Quentin Tarantino's anticipated Western film Django Unchained will come with a pair of covers--the standard covers by interior artist R.M. Guéra and variants by top DC talent. Earlier today, DC unveiled a pair of covers--the Jim Lee variant to Django Unchained #1, which will hit stores on December 5 and January 30th's Django Unchained #3 by Massimo Carnavale. Don't be surprised to see more from this series at New York Comic Con this weekend; after all, Tarantino stormed the stage to announce the project in a surprise appearance at San Diego Comic-Con International in July. While it's unlikely the iconic indie filmmaker will appear in New York, DC will likely want to capitalize on the project, along with the attention it's getting from its much-anticipated film adaptation of The Girl With The Dragon Tattoo. Lee posted the image at right to his personal Facebook; the one below we grabbed from Slashfilm. 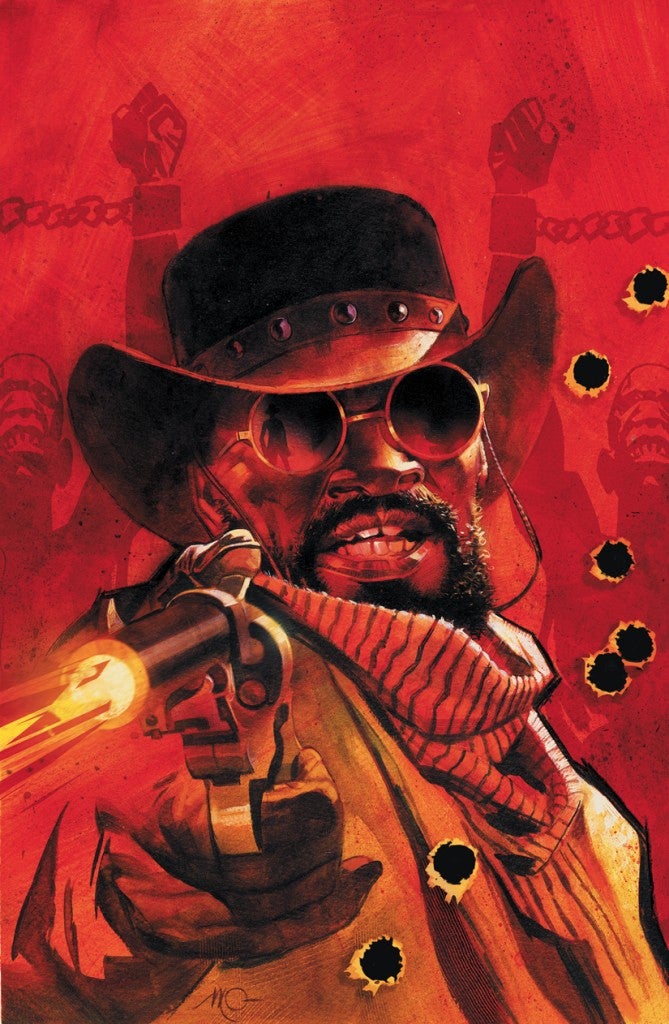