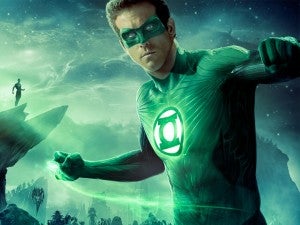 It's often said that critics are out of touch with the feelings of their audience, and nowhere does that seem more apparent than when you read reviews of this summer's superhero films by mainstream, non-comics movie critics. In a year where there have been several tentpole summer superhero films, each of which made hundreds of millions of dollars, we've seen headlines or leads from critics around the country talking about “superhero fatigue” and asking “how many superhero movies is too many?”

Well, apparently the answer is that we haven't hit that yet because in spite of the best efforts of critics to over-pan the disappointing-but-still-not-bad Green Lantern or try to poke holes in Captain America, their sequels are already coming down the pike.

It isn't just people outside of comics who look down their nose at superhero fare, though, and that's really what's fascinating. Of course there's the truism that the elaborate, fascinating histories of mainstream comics characters turn many hardcore fans against the necessarily-simplified film versions of their heroes, but it goes deeper than that.

Even among book critics who look at comics, or comic book critics, it's easier to sell something like DMZ or Alec as an “accomplishment” worthy of high praise. Comics critics, I think, are always on the lookout for the next Sandman—some non-superhero thing that can draw in both the fantasy audience that's already comfortable with comics and a legion of new readers who pick the books up at Hot Topic instead of the direct market—and as such, it's easier for those types of titles to get wild-eyed, gleeful reviews than it is for a superhero book of similar quality to get those same raves.

I'll grant you that most of our superhero soap operas aren't high art—and even that sometimes, when they do something unexpected, a book like Watchmen can get positive reviews both in and outside of the comics industry. What frustrates me is the idea that Watchmen was the last word in superhero comics. It seems as though many reviewers think that once Dark Knight and Watchmen hit in the 1980s, it proved that comics “could do more” and that it was the industry's responsibility to embrace something else. No matter how good it is, you couldn't get away with saying that some new miniseries spinning out of DC's relaunch and reinventing a tired old property was 'better than The Dark Knight Returns.”

There seems to be a sense that our best years are behind us in the comics business that is more deeply-rooted and more disturbing than just “The Godfather is the best movie ever.” It's like you can't even consider anymore that anything created by the two publishers who dominate market share in the comics industry, in the dominant storytelling genre used by that industry, could possibly match up with “cool, indie” stuff or similar product made thirty years ago. It's incredibly defeatist and blinds many fans and critics to the exciting work that's out there today, now.

Do Superheroes Get No Respect?