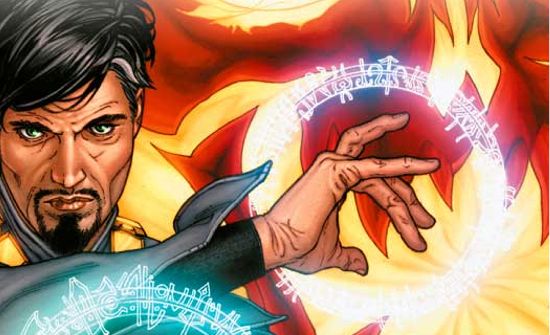 Marvel Studios is apparently getting serious about finding a director for its announced-but-not-announced Doctor Strange adaptation.

Four particular candidates are reportedly being considered at this juncture, as well as a writing team--Jon Aibel and Glenn Berger, the writers behind the Kung Fu Panda movies. The pair will apparently start from scratch, or close to it, after the studio reportedly decided recently that the draft they had in their pocket wasn't what they were looking for.

Our sources indicate that while Jon Hamm was signed to a deal, that may change if the needs of the story change with the rewrite. 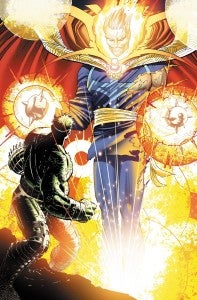 Says The Hollywood Reporter, "Four contenders in particular have either met or are about to meet with Marvel higher-ups to bring the adventures of Marvel's Sorcerer Supreme to the screen: Mark Andrews, who co-wrote and co-directed Pixar's Brave; Nikolaj Arcel, who wrote and directed last year's best foreign film Oscar-nominated entry A Royal Affair; Dean Israelite, the helmer behind Paramount's upcoming sci-fi time-travel movie Welcome to Yesterday; and Jonathan Levine, the filmmaker behind Warm Bodies and 50/50."

Marvel Studios President Kevin Feige confirmed with MTV News in 2012 that Doctor Strange was in Development for Marvel's "Phase III" rollout, which begins with Ant-Man after the second Avengers films wraps up Phase II next year.

Strange will introduce the supernatural elements of the Marvel Universe to the movies--the next big challenge for the studio after introducing the more "cosmic" and science-fiction elements of the comics to the Cinematic Universe with August's Guardians of the Galaxy.

The story revolves around Dr. Stephen Strange, a brilliant and arrogant surgeon whose hands are mangled following an accident, rendering him incapable of doing his job. Seeking out alternative means of healing, he happens into the role of Sorcerer Supreme, becoming the Marvel Universe's most powerful mystic.

How Many Live WWE Fans Can Attend WrestleMania 37?