Just hours after Doctor Who showrunner Steven Moffat was quoted as saying that the first images of incoming star Peter Capaldi as the new Doctor were coming soon, The BBC have released their first official look at Capaldi's take on the iconic character. This time The Doctor will wear a dark blue Crombie coat with red lining, dark blue trousers, a white shirt and black Doc Martens. The look was created by Doctor Who costume designer Howard Burden with input from Capaldi and Moffat "in the background." The look is fairly simple and basic, perhaps befitting a Time Lord who was cast from an actor a bit older. The actor himself acknowledged as much, noting that his outfit isn't quite as fashionable or eccentric as some of his predecessors. "He's woven the future from the cloth of the past," Capaldi said. "Simple, stark, and back to basics. No frills, no scarf, no messing, just 100 per cent Rebel Time Lord." "New Doctor, new era, and of course new clothes," Moffat added. "Monsters of the universe, the vacation is over – Capaldi is suited and booted and coming to get you!" You can see the full photograph below. 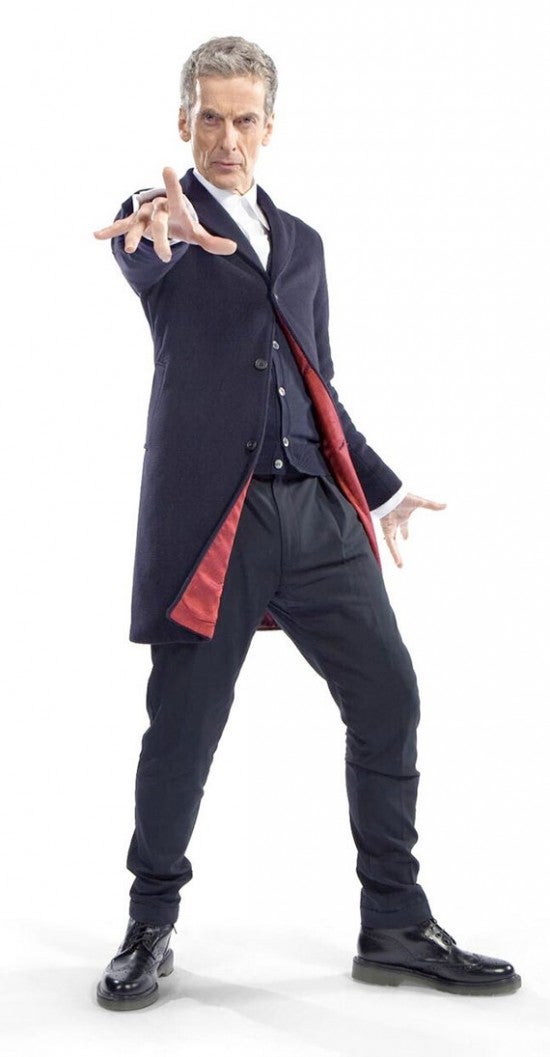 Doctor Who: First Official Image of Peter Capaldi in the New Costume Released

Ted Lasso Gets The Batman Treatment in Hilarious Trailer Edit