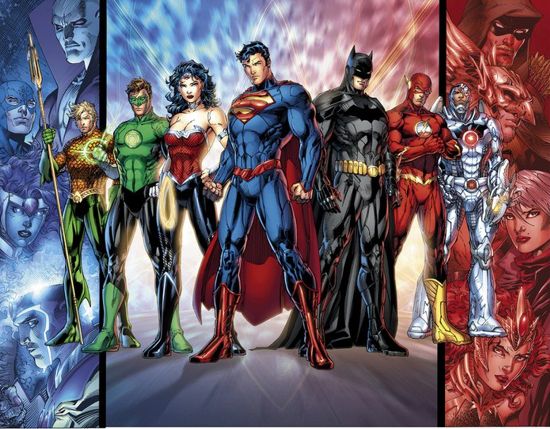 In the history of movies, there’s probably not been more revealed about a movie without officially announcing the title than there has been about the Man of Steel sequel. When the Man of Steel sequel was announced at Comic-Con, writer David S. Goyer indicated the movie would likely either be called Superman Vs. Batman or Batman Vs.  Superman.

Most in the press have taken to calling the film Batman Vs. Superman, but Warner Bros. still hasn’t officially announced the title. Some domain name registrations suggested Warner Bros. might be considering some other titles, still playing off the Batman and Superman theme. However, most of those other names met with disdain from both fans and the press.

With Warner Bros. officially announcing Wonder Woman will be part of the untitled movie, the film is now no longer just a Batman and Superman movie. In fact, Variety is reporting that the Flash is a lock to appear with several other members of the Justice League possible as well. In a video promoting the Man of Steel Blu-Ray release in the UK, Henry Cavill dropped a strong hint that Cyborg could be headed to the big screen.Victor Stone, who becomes Cyborg, was a high school football star, and the first Batman Vs. Superman scene was shot at a football stadium.

Also, fanboy and director Kevin Smith, who has been regularly calling the movie Batman Vs. Superman, is now referring to the film as Man of Steel 2. Kevin Smith hosted the Man of Steel live fan event, and he's one of the few people that director Zack Snyder has shown the Batsuit to. Does Smith now know something about the movie which has made him change his tune from calling it Batman Vs. Superman?

Kevin Smith also revealed that the new Batman costume looked like a Jim Lee design. Of course, Jim Lee drew the debut of the New 52 version of the Justice League, which included Superman, Batman, Wonder Woman, Flash, Cyborg, Green Lantern, and Aquaman.  Could the Jim Lee image above be what the Justice League heroes will look like on the big screen?

Does Batman Vs. Superman Not Have A Title Because It’s Really Justice League?