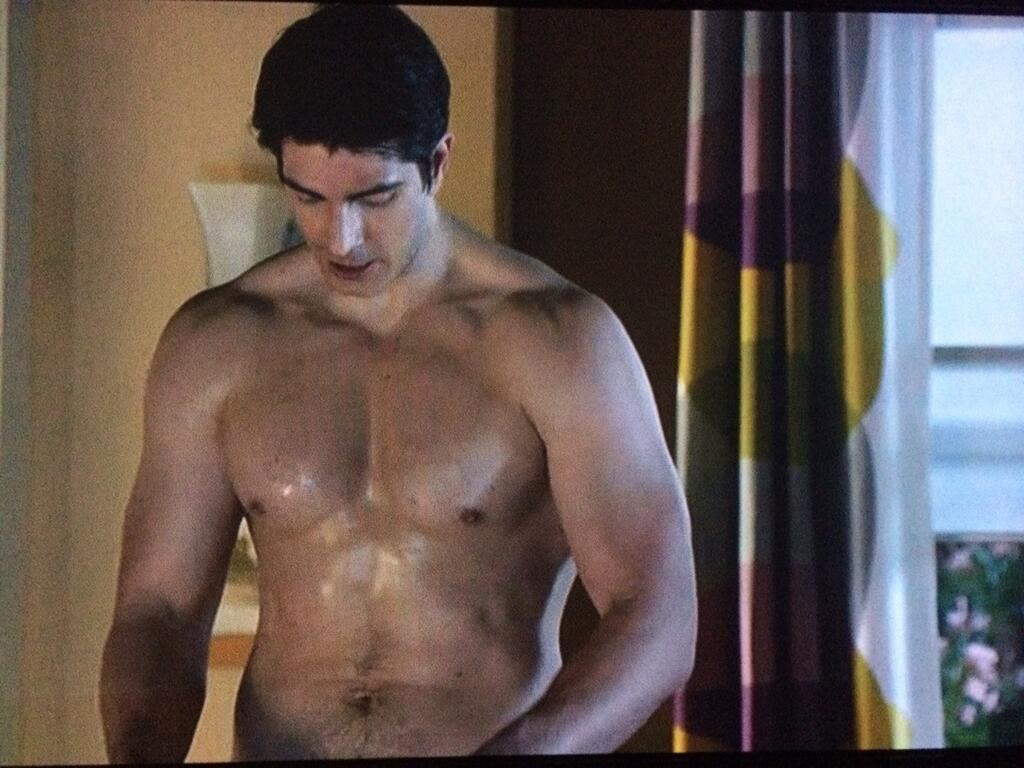 star Brandon Routh found himself in competition for the attentions of a woman with Veronica Mars's Chris Lowell on tonight's episode of Fox's military comedy Enlisted which saw Lowell, as Corporal Derrick Hill, recruiting a group of soldiers to act as "superheroes" on his behalf.

It's a plot device not entirely dissimilar to what Enlisted creator Kevin Biegel did in an episode of Cougar Town he wrote in 2013 that re-cast the Cul de Sac Crew at the center of that series as The Avengers, endowing each of them with "super powers" that applied to the story of that episode and the characters' personalities.

Here, he gave each of the "superheroes" a (seconds-long) stylized introduction complete with trippy digital backgrounds while Derrick convinced them to help him impress the girl.

Biegel live-tweeted the episode, as he's done all season long; it's him that referred to Lowell's character as "Professor X," something that's hinted at (he refers to himself as a brilliant leader who brings together a group of ragtag superheroes, or something to that effect) but never stated onscreen.

Why isn't @mrchrislowell in the mud at Ranger training? He's being Prof X! See it tonight on a new #Enlisted 7pm #FOX pic.twitter.com/PHUgbgbbMG

Meanwhile, Routh put his superhuman physique to work this episode, as a number of in-story jokes and most of the Twitter conversation revolved around his frequent shirtlessness.

A comics fan himself, Biegel has frequently made references like this part of his writing, and even considered a pitch for a Damage Control series to Marvel Studios (it never got off the ground, and Biegel and the filmmaker he was working with abandoned it around the time Marvel's Agents of S.H.I.E.L.D. was announced).

While Fox has cancelled the series and is burning off the remaining episodes, Biegel and Executive Producer Mike Royce are exploring other options to keep Enlisted alive. Among other things, he's staging a contest where if a fan can convince Taylor Swift or someone else with a massive, committed Twitter following to retweet a message in support of the show, they'll win a cash prize.