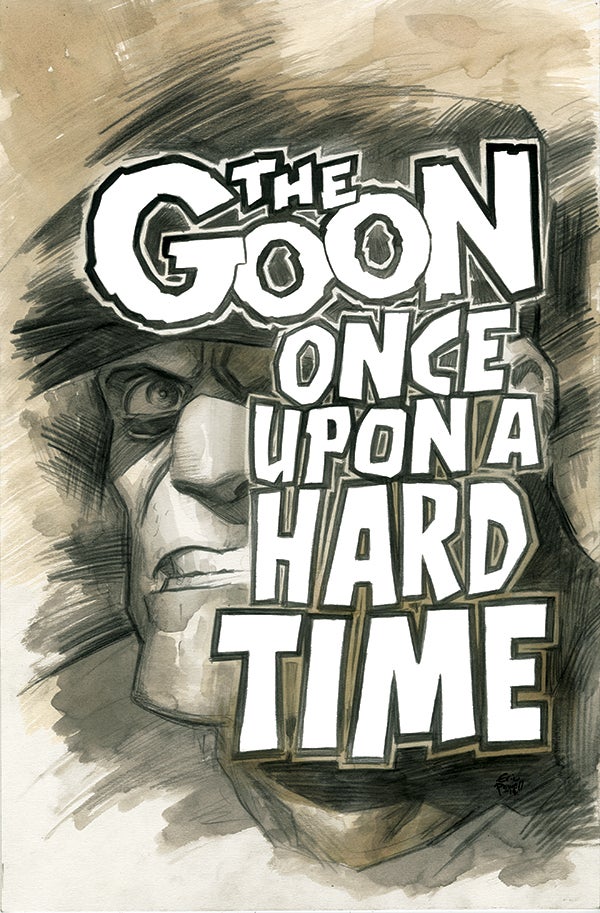 During a Reddit AMA interview with fans earlier today, The Goon creator Eric Powell said that The Goon: Once Upon a Hard Time may be the last story he ever writes with "The Goon" in the title.

That's a step beyond what we already knew from February's solicitation text, which trumpeted "Once upon a Hard Time is a climactic miniseries that has major consequences for the Goon and his supporting cast. If you're a Goon fan, you can't miss this."

The title, which has been in publication since 1999, is a fan-favorite spanning more than a dozen volumes of award-winning trade paperbacks and an animated feature film planned from Fight Club and The Social Network director David Fincher.

The first issue of Once Upon a Hard Time, out in February, will be The Goon #50 and will pick up from the devastating end of The Goon: An Occasion of Revenge, the conclusion of which ComicBook.com called "a shift in the story so damaging that no words can express what has just been shown."

Here's how Powell asked and answered himself about the next storyline:

Hi, Eric! So far... 3 beers. Once Upon a Hard Time is the climax to everything I've done in the Goon so far. In fact, it may be the last story entitled "the Goon" I ever do. The mythology I've created will keep going. But I'm creating new characters to interact with the old ones, shifting barely used characters to the limelight, and putting everyone in different environments. The next mini-series I do involving this mythology will have a different title and will feature a large cast of characters including several who survive the last Goon series.

When a fan responded by saying that The Goon had better come back if he's killed (probably what many were thinking given how brutal the book can sometimes be), Powell replied only, "No one ever comes back in The Goon unless they're a zombie."

Eric Powell: "Once Upon a Hard Time May Be the Last Story Entitled 'The Goon' I Ever Do"