In February from Archaia, an imprint of BOOM! Studios, writer Swifty Lang and artist Skuds McKinley will launch Plunder, a four-issue miniseries that pits Somali pirates against aliens recovered from an unidentified submerged object in the water.

Disclaimer: Swifty Lang has contributed to ComicBook.com in the past, talking about the trek from page to screen for his previous Archaia graphic novel, Feeding Ground, as well as eulogizing comedian and filmmaker Harold Ramis.

Plunder is a story about a group of Somali pirates who are under attack and one of their members, who is our cypher, is a young boy named Badoon who is our translator. He's left home for a life of adventure, only to find himself embroiled in violence and desperation. 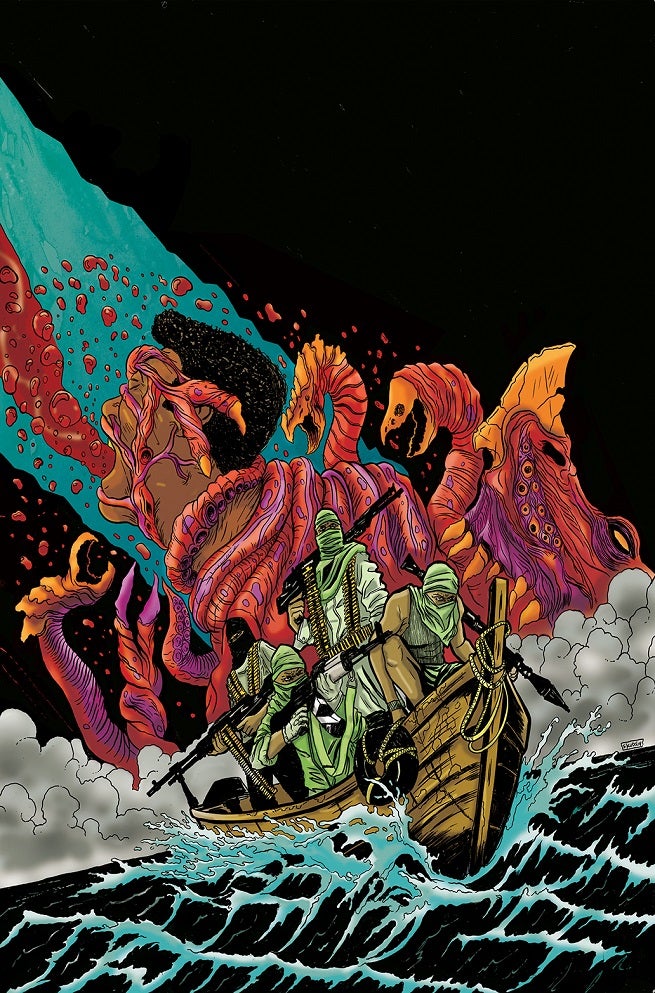 The Somali pirates board a vessel as part of their escape, thinking they can take it over, only to discover that on board is a USO -- an unidentified submerged object.

"It's definitely drawing from places that I'm very inspired by, such as [John Carpenter's] The Thing," Lang told ComicBook.com. "That was something that Skuds and I connected over instantly when I was pitching this story -- not just the alien aspect but really this sense of spending time with characters and feeling the sense of loss in a confined space."

Lang said that, being a SCUBA diver, he's always been interested in the concept of USOs, but it wasn't until author Jay Bahadur appeared on The Daily Show to talk about his book The Pirates of Somalia: Inside Their Hidden World that he really alighted on a way around the concept.

"Obviously, there was The Abyss, which I think is the closest representation of these creatures in popular culture, but it was something that I jotted down in my notebook," he explained. "Then all of the Somali pirate stuff was happening and...it was just one of those situations where I was like, 'Of course,' and it seemed to make sense. It was just something I was interested in, and I had this setup where the pirates could board the ship and deal with the alien."

Coming back to Archaia three years following the success of Feeding Ground, the acclaimed werewolf drama he did at Archaia with co-writer Chris Mangun and artist Michael Lapinski in 2011, Lang said that it's been good to get a chance to stretch some muscles that he may not have even known that he had back then.

"This was something we tackled with Feeding Ground," he said, "trying to get a sense of environmental horror where the environment that the story is taking place in is its own character. With Plunder, we're dealing with a different culture completely and a different setting completely, but thematically, there's definitely some overlap."

"One of the things that's most exciting from my vantage is that when Feeding Ground came out, part of what was so exciting about it is that it was a first work but now in hindsight, I can go back and find a lot of mistakes," added Lang with a laugh. "I'm very proud of the work, but just having the opportunity to now tell a story and have some more experience and feel more control over the narrative devices, it's been fun."

Check back over the weekend for an in-depth, Q&A-style interview from which these quotes were taken.

Below, you can find BOOM!'s take on the project, which will be available to pre-order in this month's Previews from Diamond Comics Distributors. 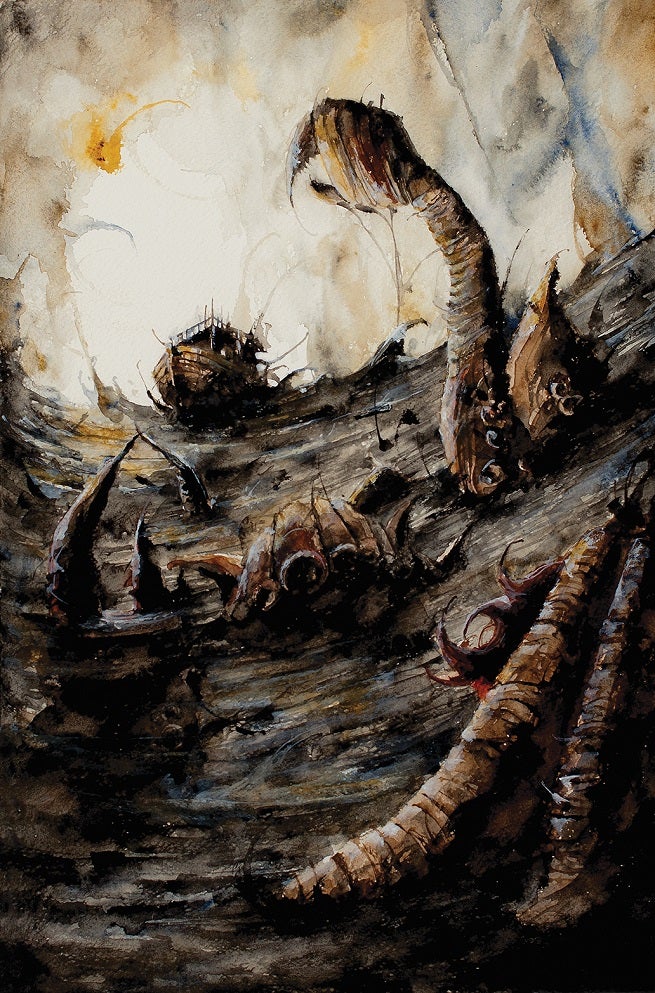 Why We Love It: Swifty Lang gave us a whole new look at werewolves with Feeding Ground, a terrifying tale packed with social commentary. When he told us he'd teamed up with newcomer Skuds McKinley for a story of horror on the high seas, we were all in.

Why You'll Love It: BOOM! Studios and Archaia have been at the forefront of the horror comics revival, with titles like Feeding Ground, Curse, and Clive Barker's Next Testament. Plunder is the next step in that evolution, as fans of Captain Phillips and The Thing will enjoy this mix of current events-inspired adventure and supernatural terror.

What It's About: After facing off with an illegal Chinese vessel, a gang of Somali pirates tries to board what they think is a research vessel, only to find themselves in the midst of a massacre. As their worst nightmares become reality, the 14-year-old boy who went from translator to reluctant pirate not only becomes the key to survival, but must decide for himself how far he is willing to go in the name of self-preservation.