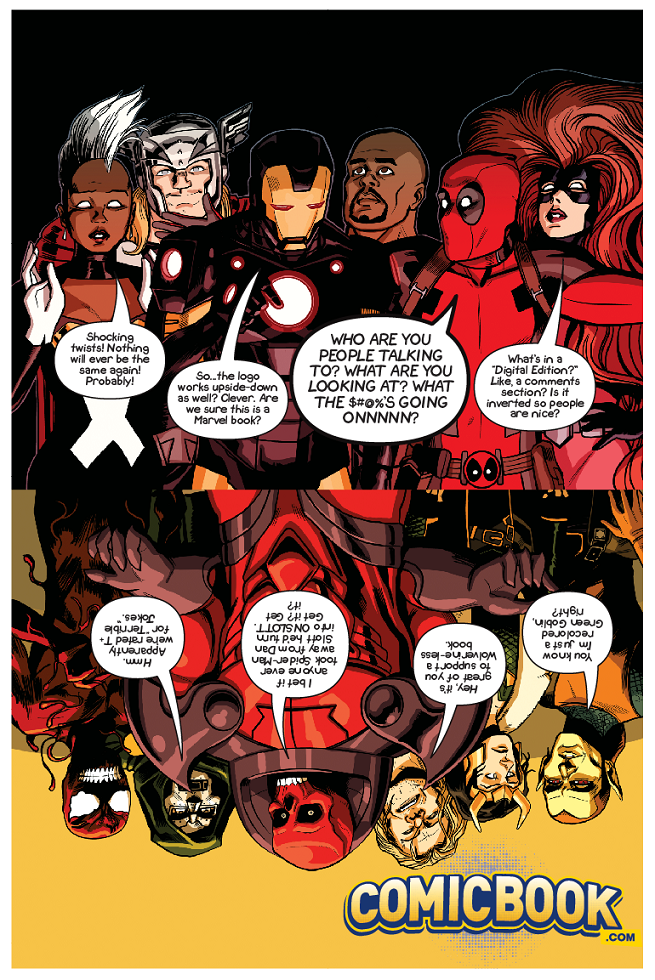 Chip Zdarsky, Eisner-winning artist of Sex Criminals and That Guy From The Applebees, has provided Marvel with a variant cover for AXIS #1 to be provided exclusively to retailers having launch parties for the upcoming, Rick Remender-penned event series.

Marvel Comics have provided it to ComicBook.com to exclusively premiere for our readers. You can see it above -- and better looks at the two halves below.

Please forgive the fact that the trade dress hasn't been set into this cover yet, so Iron Man's joke is a bit confusing if you don't know what the AXIS logo looks like. You can see it here. 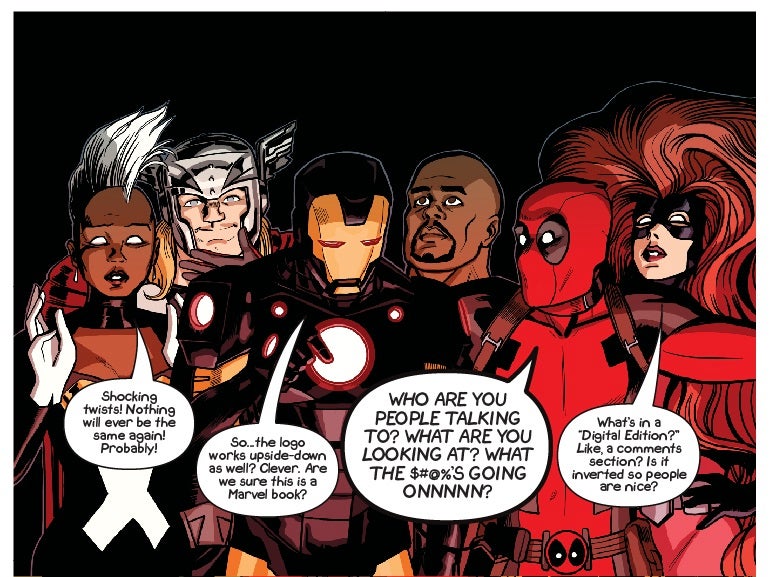 Up top, some of Marvel's premiere superheroes are talking about the series -- and Deadpool doesn't get it. It's a clever inversion of Deadpool's genre-savvy, and makes it one of the cooler Deadpool variants Marvel has done in a while. 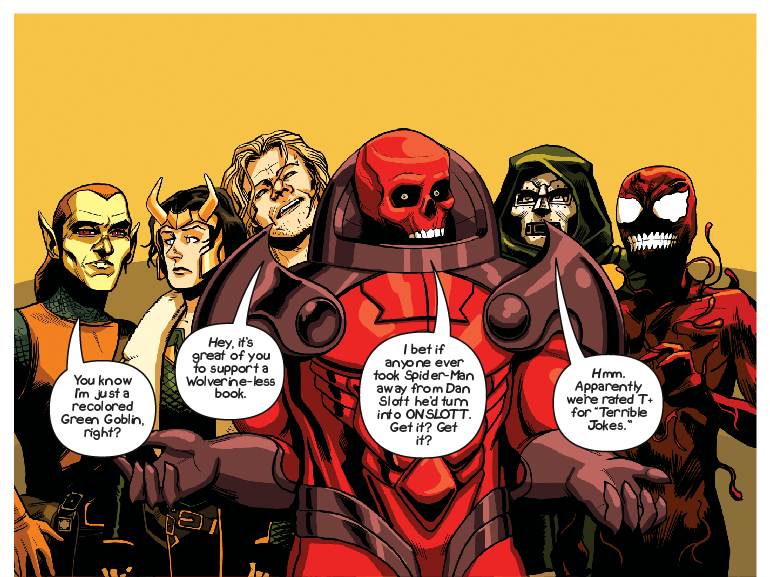 On the bottom, it's the villains' turn -- and there's still some genre-savvy going on there, too, with Hobgoblin pointing out that he's "just a recolored Green Goblin," which is a common critique of the character but most telling here becauase the original cover for AXIS #1 featured Green Goblin, not Hobgoblin -- and only the colors were changed, nothing else about the art.

Here's the solicitation text for AXIS #1, on sale in October:

• The Red Skull has exploited the gifts of the world's greatest telepath to broadcast pure hatred across the globe. Now, born of the murder of Charles Xavier, World War Hate has begun.