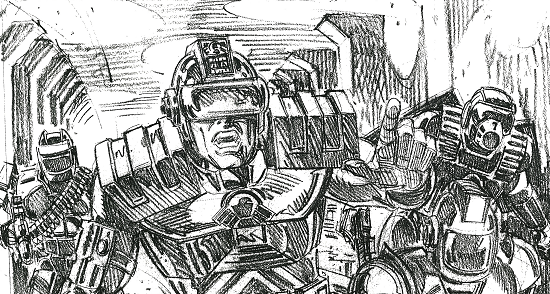 This weekend, ComicBook.com will run an interview with TV icons Gary Goddard and Roger Lay, producers of the forthcoming series Phoenix Rising: The Return of Captain Power. A re-envisioning of the '80s CG-infused Saturday morning series Captain Power and the Soldiers of the Future, the series is set to bring the propert--which once had not just a TV show and action figures, but a video game and comic books, as well--back to the small screen in a big way. During our conversation with Goddard and Lay, it came out that this writer was a big fan of comics icon Neal Adams, the artist who drew the Captain Power series back in the '80s. They asked if we'd like to see some previously-unpublished art from Adams, who had worked with the Goddard Film Group a few times--once designing characters for Skeleton Warriors and once as the artist on Captain Power. When The Goddard Group sent along these two pages--including one particularly awesome splash page from the series' planned fifth issue, they gave us another nice surprise, as well: that we could share the images with our readers. They've shared these pieces as an exclusive with ComicBook.com in the run-up to our full interview, in which we discuss the possibility not only of Phoenix Rising coming to comics (they say Adams would consider a return to Captain Power's universe) but of some original graphic novels that might interest fans of the original series. For our interview, keep an eye on the site throughout the weekend. For more on Captain Power and Phoenix Rising, follow The Goddard Group blog, or the Captain Power website, its newly-revamped Facebook page or Twitter account. [caption id="attachment_66894" align="aligncenter" width="550"] 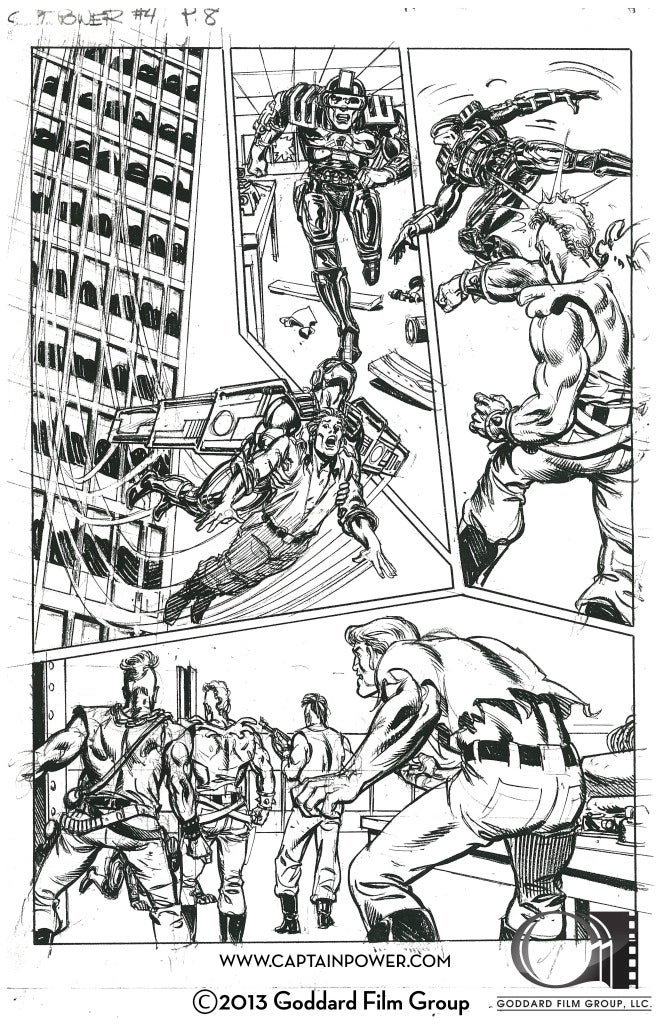 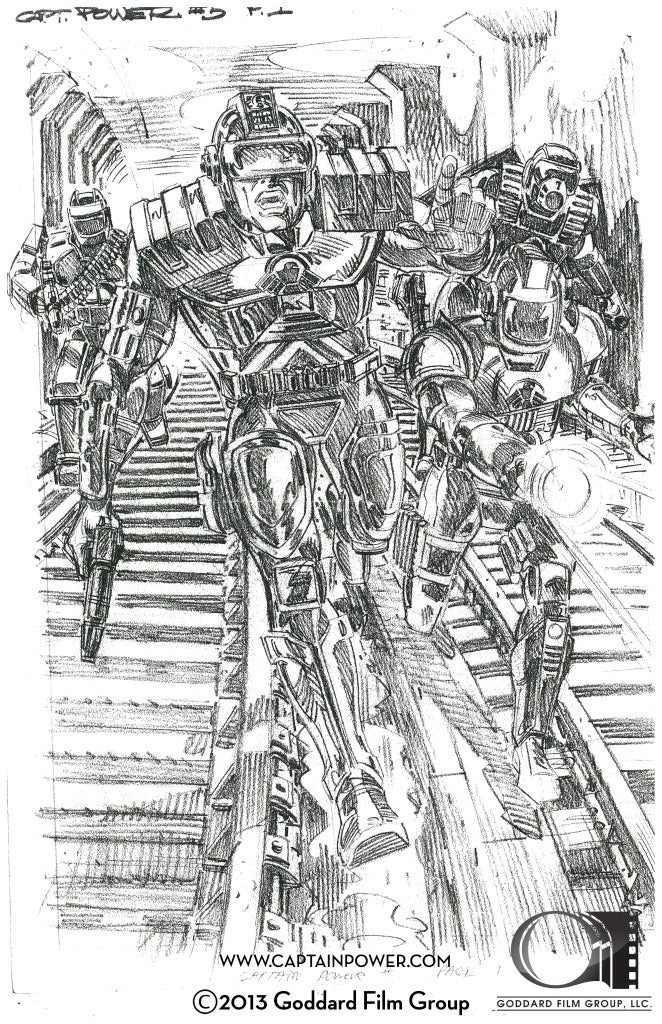