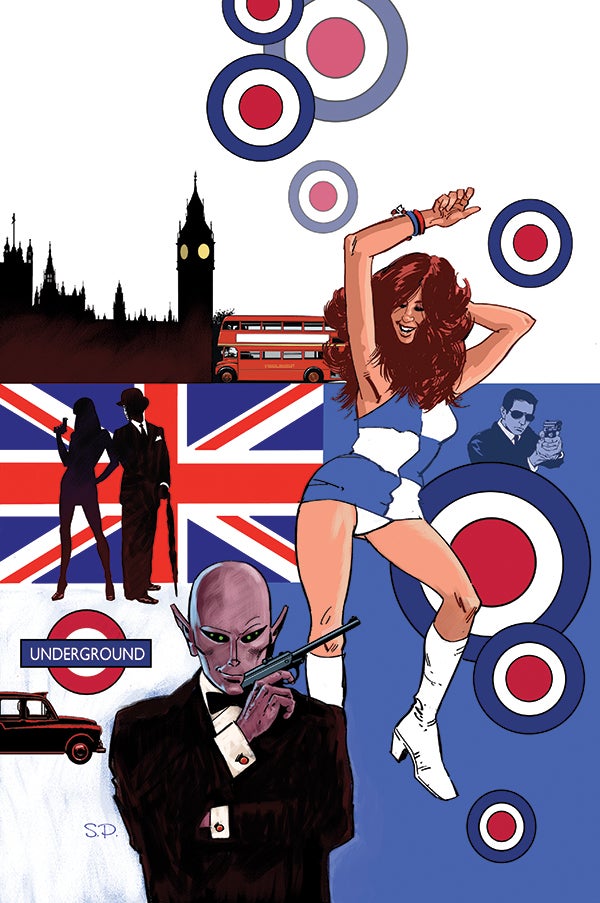 As if masquerading as a small town doctor weren't stressful enough, try handling that responsibility while also marooned on a foreign planet. That's the unfortunate case for Dr. Harry Vanderspeigle, an alien who despite wanting nothing more than the next ticket off of Earth, keeps finding himself entrenched in the drama of his adopted home in Patience, Washington. Of course, that drama almost always involves murder, mystery, and house calls.

Dr. Harry's misadventures continue in Dark Horse's next volume of the medical mystery series, Resident Alien: The Sam Hain Mystery. As Dr. Harry delves into his latest caper, he must also evade the tightening grip of the FBI, who would love nothing more than to prove Harry's existence. We had a chance to talk to Dr. Harry's primary caretaker, co-creator and writer Peter Hogan, about the practicing alien's latest set of extraterrestrial challenges. The series hits shelves April 15, 2015.

Thanks for chatting, Peter. So what's the setup for Resident Alien: The Sam Hain Mystery? What struggles or mysteries will Dr. Harry go through this time around, and how will they influence his perspective on the human race?

The core mystery concerns the fact that Harry learns that the writer of the Sam Hain novels might be living in Patience, so he tries to find him. These are private eye stories from the 1960s that Harry got hooked on, and there seems to be a link between the writer and Harry's predecessor – the old doctor who died at the start of the first series. This feeds into the story-within-a-story, where Harry tries to discover if the murder that happens in the story is based on a real murder or not.

As far as Harry's perspective on the human race goes, it's probably better than most people's! But of course, he's still learning about humanity, and sometimes he makes mistakes.

In the last volume, the Feds were closing in on Dr. Harry's location. How will we see that particular noose tighten as their investigation continues? What are Harry's thoughts on the possibility of being discovered?

That thread continues, albiet very slowly. We always have a lot of other material to cover with each series and we certainly don't want to wrap this whole thing up anytime soon. We're having too much fun. As for Harry—he's constantly very wary, and somewhat on his guard. It's his general approach to survival. But he's not seen any direct evidence that someone is deliberately hunting him, so he's kind of oblivious to all that. That's not the case with Asta's shaman dad, who's actively trying to protect Harry from his pursuers. That's an aspect we'll be exploring a lot further in the fourth series. 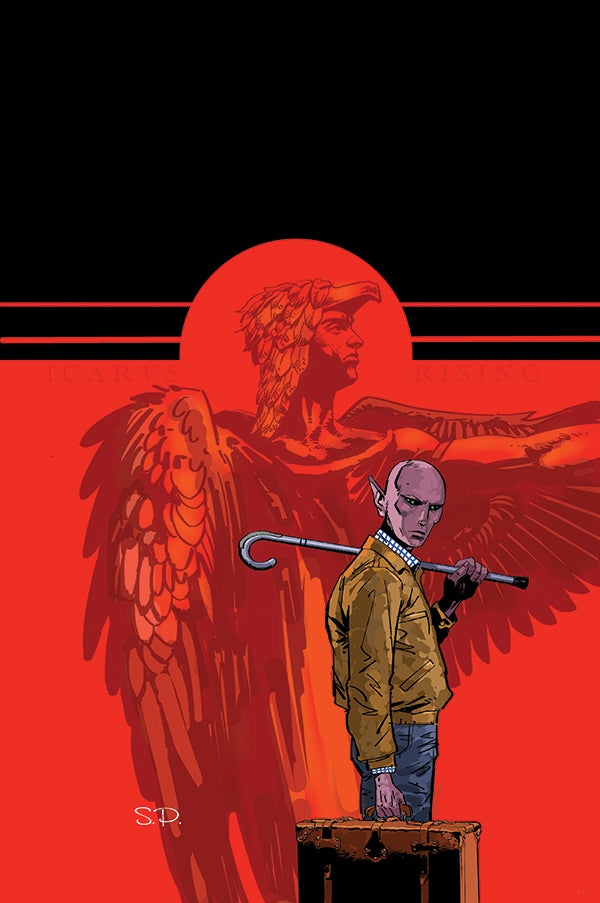 What new characters will you introduce to this volume? How will they challenge, or aid, Dr. Harry during his time on Earth?

We introduce quite a few new faces this time, but mostly in small roles. We're slowly expanding the range of people we encounter, and hopefully building up a more in-depth picture of Patience as a town. This time we'll discover that Brad the cop and Amanda the waitress are now going steady. Her daughter, Honey, is probably the supporting character I find the most intriguing.

As Harry's time and relationship with the residents of Patience has progressed, we've seen that harsh exterior slightly chipped away. Does this mean that Harry is actually starting to enjoy his time on Earth? What are the greater implications of his growing comfort with the residents, and do they challenge his desire to just return home?

I think Harry's definitely putting down roots – though I'm sure he wouldn't admit that. He's still hoping for rescue, but part of him is pragmatic enough to realize that it may never come. He could be stuck here for good, and so he's trying to make the best of that. Also, there are a lot about human beings that he really likes and admires.

As a writer, how has it been breaking the story up as a series of separate, but interconnected volumes? What does it allow you to do as a storyteller that you couldn't do if you were writing this book as an ongoing monthly?

That was the structure Dark Horse wanted from the start, and I think it's worked out well. Each series tackles a particular mystery, while progressing the much bigger story of Harry's own journey. So readers hopefully get a bit of resolution to keep them happy, as well as stuff to bring them back for more. Also, even if I could write this as a monthly, I'm pretty sure Steve couldn't handle that pace. A miniseries per year seems the best balance for us, though I sometimes wish we could squeeze in another issue or two. I also think the fact that it takes us longer to produce means that we're both putting in more time and effort than is usually the case with comics. Hopefully that shows in the end result. 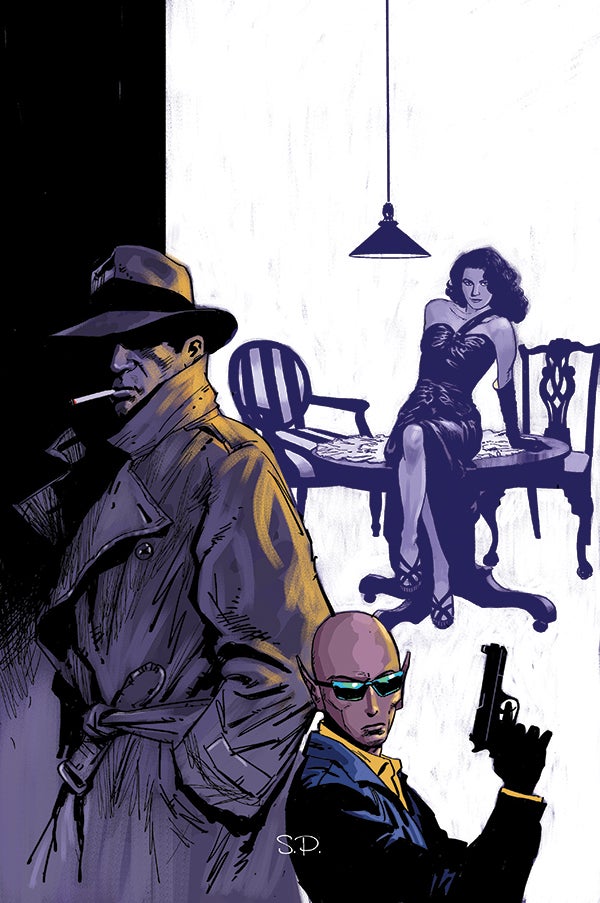 How has your artistic partnership with co-creator and series artist Steve Parkhouse evolved for the third series? How are you continuing to push him as an illustrator, and how does he allow you to grow as a storyteller?

We're pretty much into a groove these days – once in a while Steve will suggest something new that he'd like to see incorporated, and I do my best to oblige. He seems to trust me to just get on with the writing, just as I trust him to deliver incredible artwork.