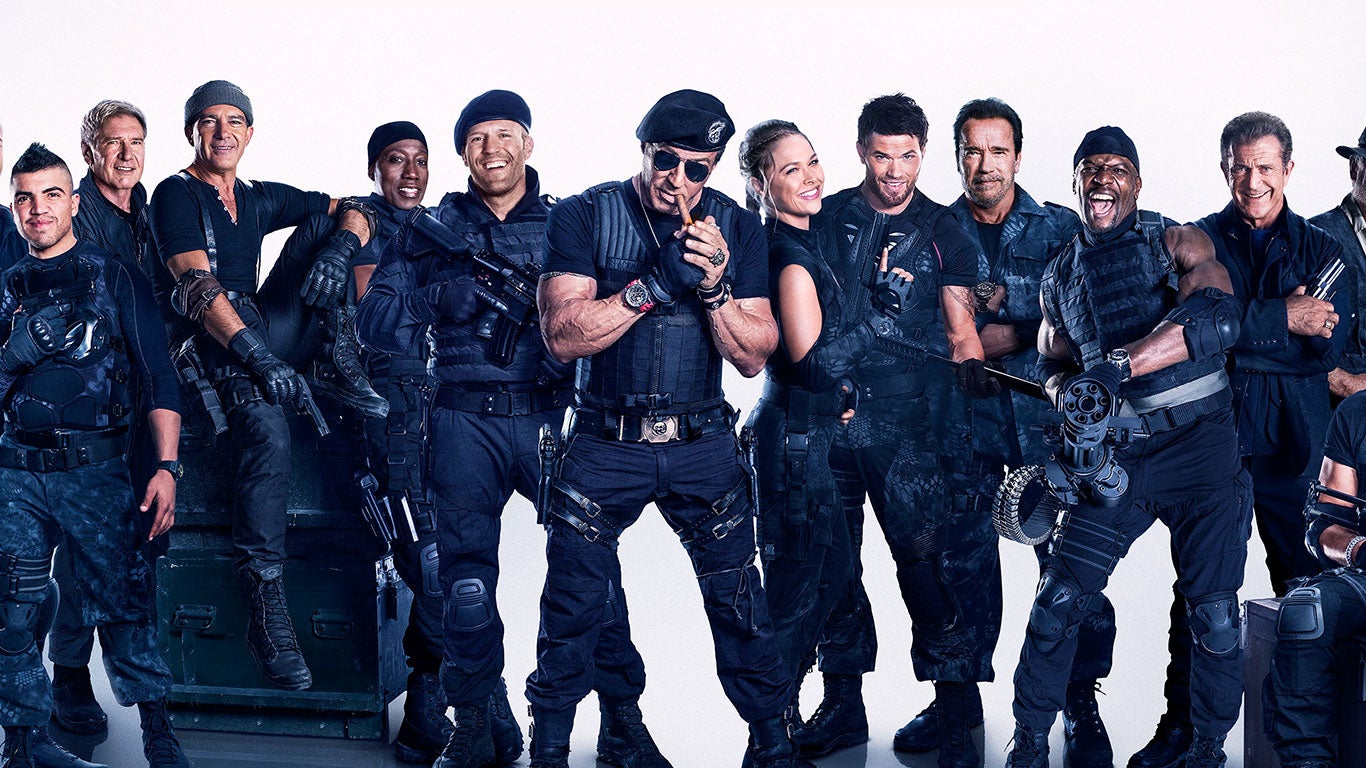 In anticipation of the Blu-Ray/DVD release next week, The Expendables 3 is offering some exclusive bloopers from the Blu-Ray, Collider Reports.

In addition to the standard flubbed lines, malfunctioning props and goofiness among co-stars, In one take Harrison Ford is laughing while telling Sylvester Stallone to "shut the [EFF] up and let me work."

In the third installment of the action franchise, Barney augments his team with new blood for a personal battle: to take down Conrad Stonebanks, the Expendables co-founder and notorious arms trader who is hell bent on wiping out Barney and every single one of his associates.

The Expendables 3 hits DVD and Blu-Ray on November 25.