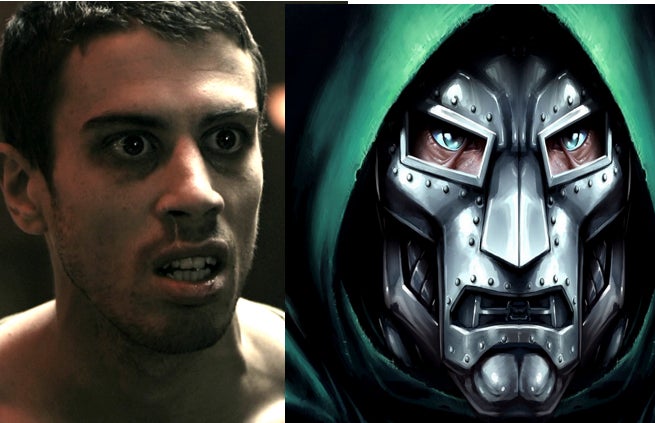 While the world mostly remains in the dark on Fox's Fantastic Four reboot, one fact seems to be clear: This isn't Stan and Jack's First Family.

Actor Toby Kebbel, who will play Dr. Doom, reiterated to IGN just how different this version of the Fantastic Four will feel from past incarnations. Specifically, he cited the film as a story firmly grounded in reality, without the glitz and spectacle found in most superhero movies.

This is, thankfully, a very realistic, low-fi attempt at a super hero movie. Josh Trank, who did Chronicle, did that kind of realistic...well, regardless off what you think of it, he did a lot with very little. And that's the same approach that was taken on this one.

While Kebbel couldn't specify into how the film will achieve its grounded feel, he did shed more light on Doctor Doom. Far from the European despot who loves to speak in the third person, Kebbel's Doom, or "Domachev," will be a computer hacker who may only discover his villainous identity through the digital world.

I can tell you a couple of things. He's not Von Doom: He's Domachev. My whole thing was getting his voice just right. I've seen the cartoon and watched so much. Now, we've got him as Doom because he's a programmer. And wherever he is, in chatrooms, he's Doom. And those are the only solid bits I can give.

Faithful fans shouldn't sound the alarms just yet, however. Despite the flurry of changes awaiting Doom, Kebbel revealed that he's well-versed in Fantastic Four lore. As a comics reader and cartoon viewer, Kebbel said that he was able distill the elements of Doom's voice into something worthy of evil despot.

When I was a kid, that voice I imagined, that was what I tried to portray. That voice of a person who's been in a country. When I was a kid it was an Eastern European who's been in England. They kind of have an English accent, but you can tell they're not from there. And so now this is Von Doom, or Domachev as we've got him in this movie, and he's in America and so I did the American accent with that hint, that element. But that voice for me was so vitally important. Nothing else was under my control. This was a huge feature film. As much as I could influence it, it was from my imagination from when I could read the comic books, what he would be like an dhow he was. That's what I focused on, because I'm a fan too.

Alongside Kebbel, Fantastic Four stars Kate Mara as The Invisible Woman, Michael B. Jordan as The Human Torch, Mile Teller as Mr. Fantastic, and Jamie Bell as The Thing. The film is slated for release on August 7th, 2015.

Fantastic Four Reboot Is A Realistic, Lo-Fi Attempt At A Superhero Movie According To Toby Kebbell