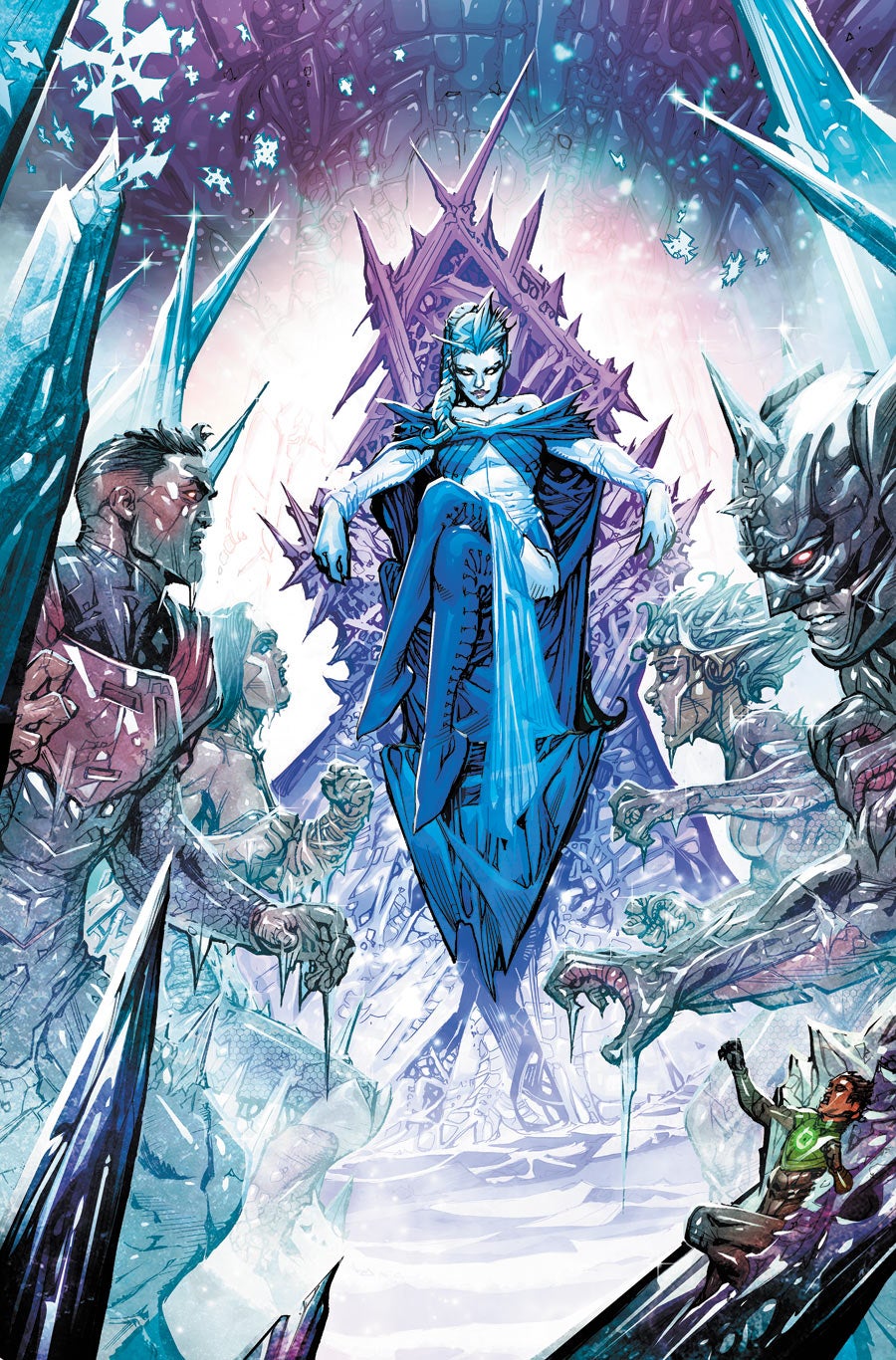 Beatriz DaCosta and Tora Olafsdotter, better known to comic book fans as Fire and Ice, are coming to Justice League 3000, according to co-writer Keith Giffen.

They'll join Blue Beetle Ted Kord and his longtime best friend and comedic foil Booster Gold, who are joining the title with December's issue, not only reuniting much of the old Justice League International, but perhaps most importantly, the two duos that many fans feel defined the book.

The series, originally planned to be drawn by longtime Justice League International artist Kevin Maguire, reunited writers Giffen and J.M. DeMatteis from that '80s and '90s classic for yet another go-'round with the League.

Instead of Maguire, they ended up working with Howard Porter, whose run on JLA with Grant Morrison was probably the most acclaimed Justice League comic since Giffen and DeMatteis -- and, weirdly, the one where DC finally allowed their League of misfits and B-listers to be dispersed. A number of creators worked on the title between when Giffen and DeMatteis left and when Morrison came on, but all of them had some version of whatever lineup came before them, and so many of them incorporated the Giffen/DeMatteis characters in some way.

Justice League 3000 brings those disparate groups -- Morrison's "Big Seven" philosophy and the Giffen/DeMatteis League of "whoever's available" -- together. The title revolves around a group of genetic duplicates of Justice League members like Batman, Superman and Wonder Woman living in the far-flung future. Booster, Beetle, Fire and Ice, though, will be their same old selves. When we first meet up with Booster Gold and Blue Beetle, they'll be removed from a cryogenic deep freeze where they ended up shortly after the events of I Can't Believe It's Not the Justice League.

"We had so much fun with Beetle and Booster -- and it was actually a toss up, by the way, as to who was in the refrigerator. It was either going to be Beetle and Booster or Fire and Ice. I couldn't get Fire and Ice out of my head, so since I pretty much hijacked the book and said, 'Hey, it's my universe! Go away!' Why not?" Giffen joked in an interview with Comic Book Resources. "A lot of people forget that Ice is an ice goddess, and last time I checked, goddesses live a long f---ing time."

And while her best friend was a South American fashion model, not a goddess, the last time we checked, it appears somehow they've found a way to keep her forever young, as well. Adds Giffen:

"Yep. It's Tora. And Bea is there. They'll be characters in the book -- right now, I'm looking at them as to how the Inhumans were to the Fantastic Four. These are characters who will support the main book. I don't see these guys immediately running out and joining the Justice League. They'll interact with the Justice League like Silver Surfer used to interact with the Fantastic Four."