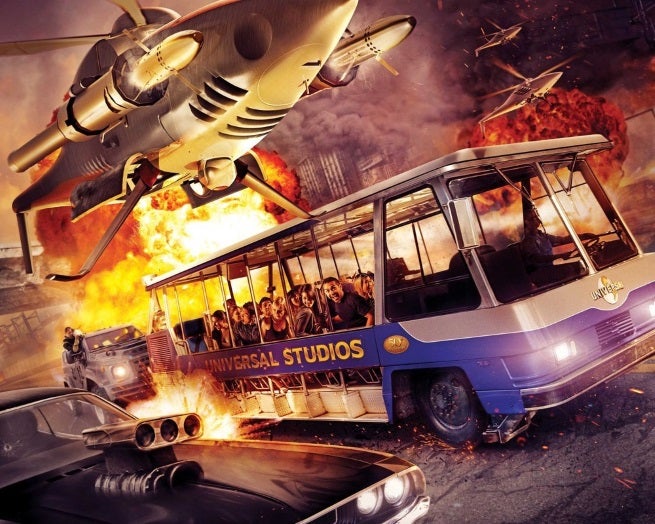 The video goes into the making of the attraction, and features interviews with Fast & Furious franchise cast members and stars of the ride, including Dwayne Johnson, Michelle Rodriguez and Tyrese Gibson.

Fast & Furious—Supercharged is a technologically advanced ride that features stars from the Fast & Furious series. Conceived as an additional installment to the franchise, the ride can only be experienced at The Entertainment Capital of L.A. The ride stars Vin Diesel (Dominic “Dom” Toretto), Dwayne Johnson (Luke Hobbs), Michelle Rodriguez (Letty Ortiz), Tyrese Gibson (Roman Pearce) and Luke Evans (Owen Shaw). Guests will be taken into the high-stakes underground world of fast cars to participate in an adventure, with perceived speeds in excess of 120 miles per hour, to save one of their own from an international crime cartel.

“I get a chance to become Luke Hobbs and kick-ass…all in 3D,” said Dwayne Johnson.

Tyrese Gibson added, “Everything about Universal Studios puts you in the driver’s seat to really experience Hollywood.”

Fast & Furious—Supercharged will take guests on a ride that begins the moment they board the Studio Tour. Exclusive interstitial content – that was filmed with the cast members – will be featured on the tram monitors, highlighting interactions as they engage guests en route to the ride’s climatic scenes. Along the tram route and featured on the ride, sightings of numerous prop cars from the Fast & Furious series, including Dom’s iconic Dodge Charger, will enhance the story.