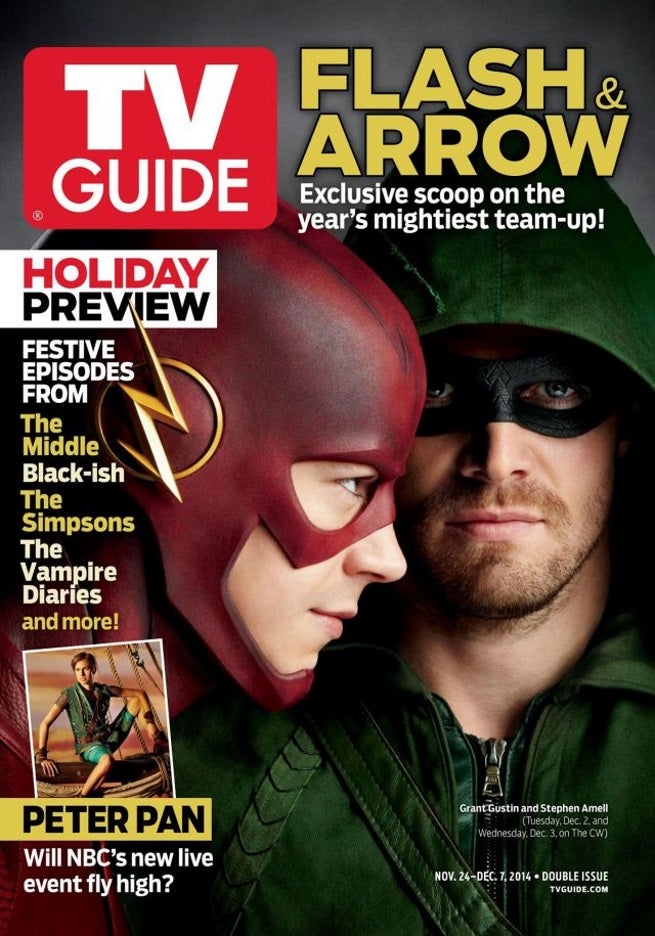 The latest cover of TV Guide features Grant Gustin and Stephen Amell, of the The Flash and Arrow, respectively. The cover was tweeted out by Andrew Kreisberg, executive producer for both shows.

The Flash and Arrow crossover event will take December 2 and 3 on The CW.

Flash & Arrow Take The Cover To TV Guide Ahead Of Crossover