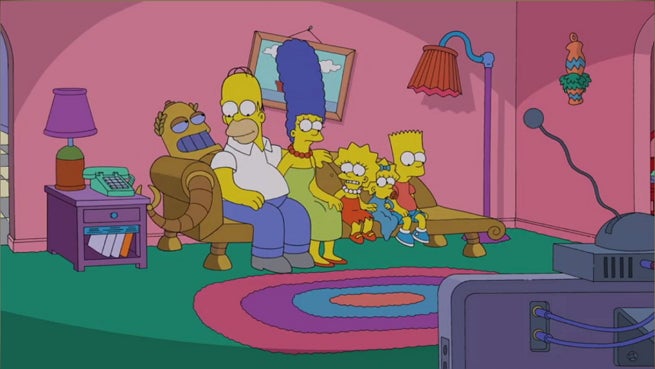 Fox has released the couch gag from the upcoming The Simpsons episode that sees the show crossover with Matt Groening’s other popular animated series, Futurama.

Airing November 9, the “Simpsorama” episode sees Bender travelling back in time to kill Bart Simpson before he can cause a disaster in the future. The episode will also feature the rest of the Planet Express crew, voiced by original Futurama cast members John DiMaggio, Billy West, Katey Sagal, Phil LaMarr, Lauren Tom, Maurice LaMarche, and Tress MacNeille.

This will be the second Simpsons crossover of the season. The season premiere of Family Guy saw the Griffins visit Springfield.