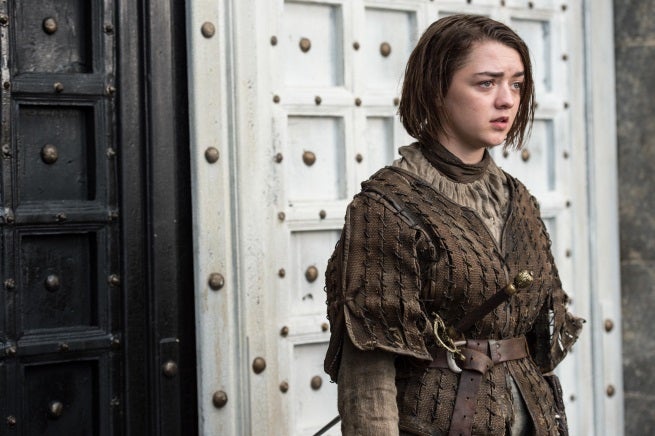 Game of Thrones was initially conceived as a seven season series, with roughly one season per book in George R.R. Martin's fantasy series (even the ones he hasn't published yet). Of course, with ratings among the highest on television and fandom scooping up the plethora of licensed product being made available, it's easy to see why HBO might want to extend the series past its original plan.

This is the awkward conversation that the network and showrunners D.B. Weiss and David Benioff are getting ready to have.

“This is the hard part of what we do,” HBO programming president Michael Lombardo tells EW. “We started this journey with David and Dan. It’s their vision. Would I love the show to go 10 years as both a fan and a network executive? Absolutely.”

“We’ll have an honest conversation that explores all possible avenues,” Lombardo continues. “If they weren’t comfortable going beyond seven seasons, I trust them implicitly and trust that’s the right decision—as horrifying as that is to me. What I’m not going to do is have a show continue past where the creators believe where they feel they’ve finished with the story.”

“We want to go out on our absolute highest note,” Weiss says. “We don’t want people to finally see the end and say, ‘Thank god that’s over.’”

“We know basically how many hours are left in this story,” Benioff adds. “We don’t want to add 10 hours to that. It’s about finding that sweet spot so it works for us and for HBO and, most of all, it works for the audience.”

Martin has among the many who say they would like to see the series finish off with a feature film, but HBO isn't fond of the idea. The network feels that their subscribers are the ones who have gotten the series this far, and that to bring the finale to theaters – at least for its premiere – would be a betrayal.

However, Martin does have a development deal with HBO, and the idea of a spinoff is still on the table. Their have been rumblings about the possibility of adapting Martin's Tales of Dunk and Egg, a series of novellas set in Westeros prior to the events of A Game of Thrones (being collected into a single volume, A Knight of the Seven Kingdoms, later this year).

Game Of Thrones Could Run More Than 7 Seasons