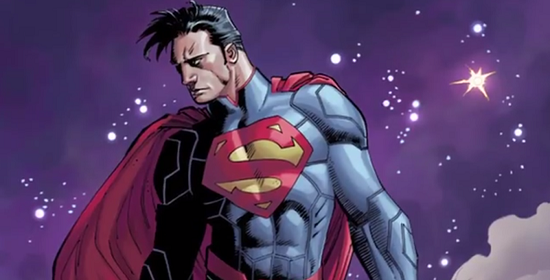 DC Entertainment Chief Creative Officer Geoff Johns and Kick-Ass co-creator John Romita, Jr. will take over Superman this summer, DC Entertainment announced today via the DC All Access webseries. You can see the video embedded below. It's not a stretch to say that this is the biggest "get" of big-name talent from another publisher on DC's part since they bought WildStorm, bringing Image Comics co-founder Jim Lee back into the DC Comics fold, in 1999. Lee is currently the company's co-publisher, sharing the role with Dan DiDio, who was present for Johns and Romita's announcement today via YouTube. 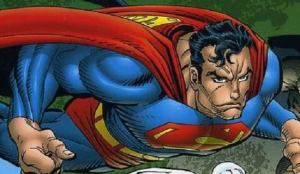 During his long career, Romita has drawn The Amazing Spider-Man, Daredevil, Captain America, Iron Man, Thor, The Avengers and Wolverine, among many other Marvel titles. This represents the fulfillment of last night's promise of a major announcement about a "super" guest on the show, appearing via laptop alongside Johns and Dan DiDio. the guest, of course, was Romita. Romita has worked almost exclusively for Marvel during his long career, and while he's worked on some creator-owned projects at other publishers during those thirty-plus years, he's never had a regular project at DC. For much of his career, Romita--whose father was a Marvel Comics legend--has been locked down by exclusive contracts to Marvel. Recently, his last exclusive reportedly ended in 2013, and the artist admitted to ComicBook.com that he was in negotiations with the Marvel to renew for a one-year-only exclusive contract--but that he wouldn't feel bad, or guilty, or that there was anything else he wished he'd done, if that didn't work out. He wanted the job security of a contract, he said, and from a sentimental perspective it would be nice to wrap his work-for-hire career at Marvel. Still, he has a handful of potentially more lucrative and creatively-satisfying creator-owned books on the horizon, and so wherever he ended up in 2014, he said, the plan was not to be there anymore by 2015. 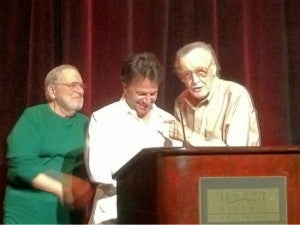