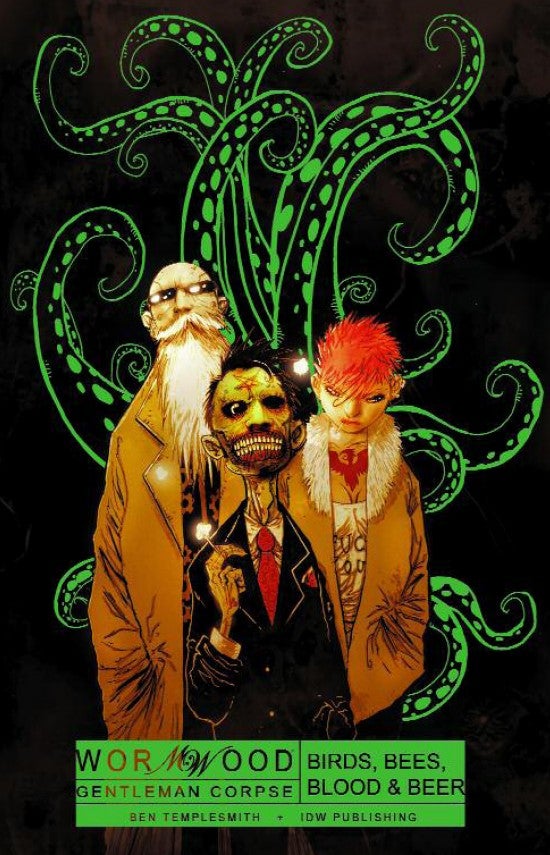 IDW Entertainment, along with George Lopez and his Travieso Production Company, announced today they are developing Ben Templesmith's cult-hit comic Wormwood as an animated series. David M. Stern of The Simpsons fame will write the pilot episode and serve as an executive producer on the series. The Walking Dead production house Circle of Confusion will also executive produce. IDW Entertainment will fund development of the series, which will soon be marketed to the networks. Wormwood follows the paranormal and obscene adventures of an inter-dimensional worm with the ability to animate corpses as host bodies. The series blends horror and humor, and is arguably ideal for animation since it would be very difficult and expensive to do in live-action. "We have assembled an incredible creative team with David M. Stern, George Lopez and Circle of Confusion, which will help bring Wormwood to life as a fun animated television series" said David Ozer, President of IDW Entertainment. "George Lopez is a comic genius and Ben's graphic novels are epic horror comedy. Building this universe is going to be like a dream. Or maybe more like a super fun nightmare" said David M Stern. "It's not often I can produce a series about an inter-dimensional worm. I am thrilled to be working with such a great creative team on this clever combination of comedy and horror " said George Lopez. Executive producing the series with David M. Stern are Ted Adams and David Ozer from IDW Entertainment, George Lopez and Leslie Kolins Small from Travieso, and David Alpert and Rick Jacobs from Circle of Confusion. Ben Templesmith will serve as creative consultant.