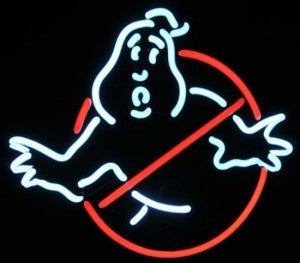 Writer/actor Dan Aykroyd told an interviewer earlier this week that Ghostbusters 3 is expected to begin production in the fall towards a December shoot date.

"I feel re-encouraged, reinvigorated by the pages that I have seen. I know that we’re expecting half of the screenplay to be completed very soon," Aykroyd told ABC News. "It should be into production by the fall and be shooting by the new year. I won’t say anything, it’s very exciting. The Higgs boson and the particle theories, gluons and mesons, that really gives us a scientific base in terms of our fictional storytelling, to open up to another dimension and have something horrible come through."

The film has been in development for years, held up for a long time by waiting for Bill Murray. Eventually Aykroyd decided to do the film without him, although Aykroyd, Ernie Hudson and Harold Ramis will be back reprising their original roles.

Ghostbusters 3 Expected to Film This Winter