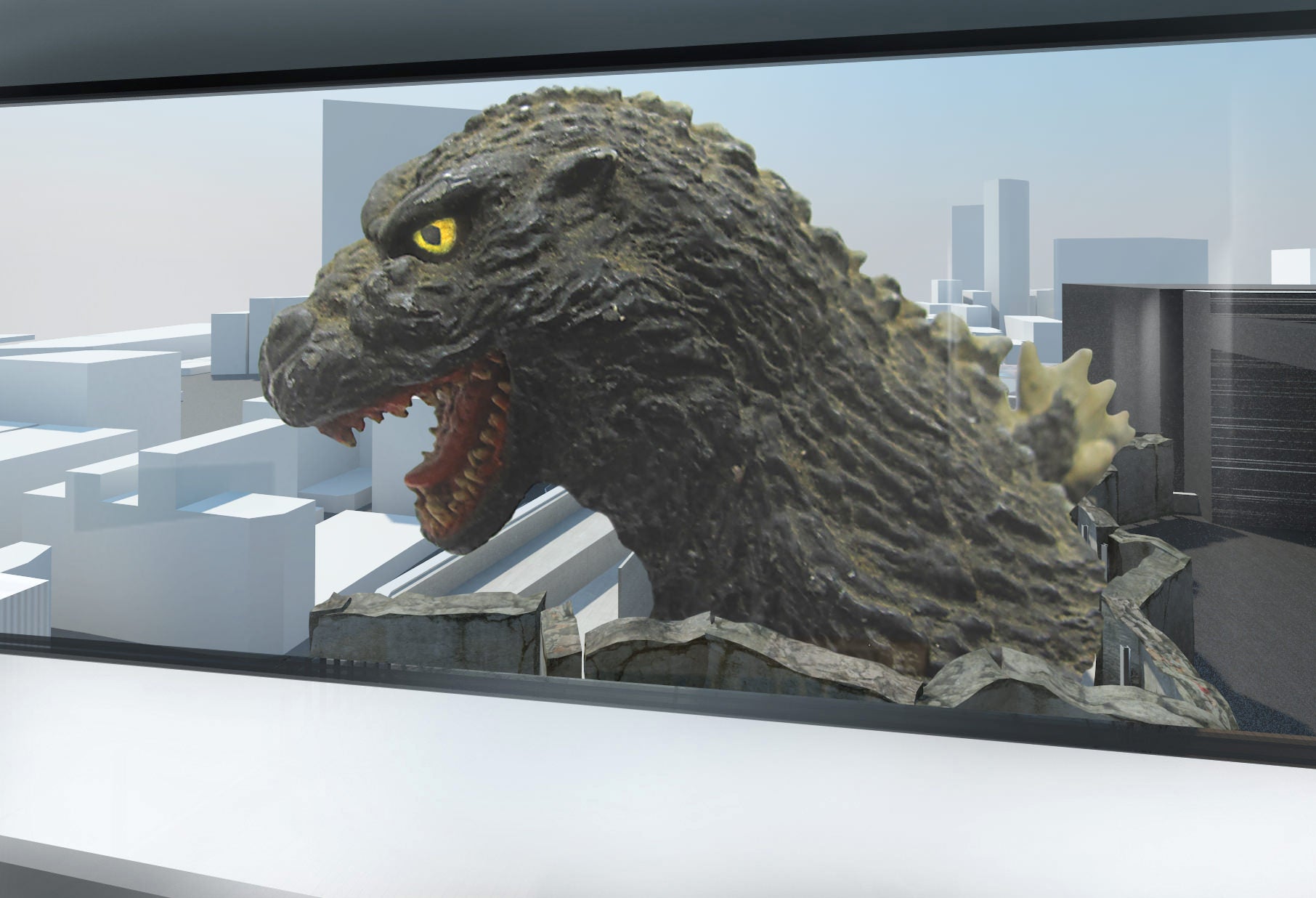 Godzilla is invading the streets of Tokyo, for real this time.

Or, at least his head is. The king of the monsters' mug is set to crown Tokyo's Hotel Gracery this coming April. The giant-size (or maybe just to- scale) replica of Godzilla will rest atop the world's first Godzilla-themed hotel, which will be filled with several other Godzilla-themed rooms and attractions.

For a fee of $125 a night, guests can stay in a specially-placed Godzilla viewing rooms, where they can get a clear view of the decapitated Godzilla. So instead of running fear from Godzilla, travelers can now rest under his watchful eye. We're not sure if that's incredibly awesome or creepy. Maybe both? 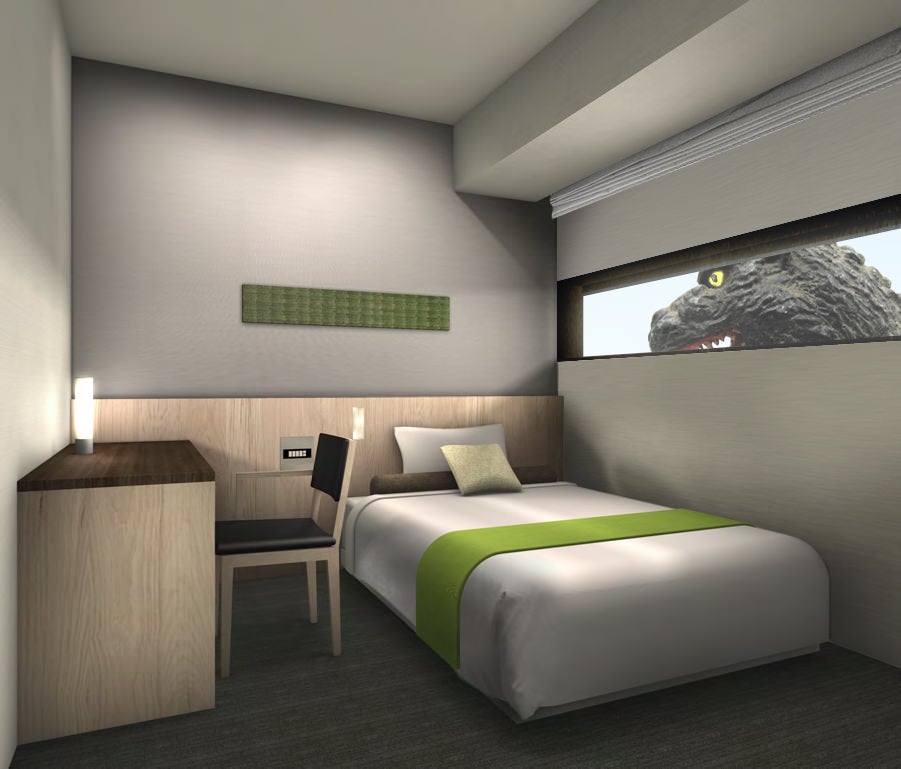 The hotel's main attractions, perhaps worthy of Godzilla himself, are the appropriately-named Godzilla rooms. Each room is stuffed with Godzilla memorabilia, decor, and a giant Godzilla hand mounted above the bed, just waiting to snatch you from your dreams. It's almost like visiting the basement of the world's number-one Godzilla fan, but in a way that your mother would approve of. A night in one of these quarters runs for the monster-sized fee of $334 on weekdays and $417 on weeknights and holidays. But this is Godzilla we're talking about. You go big or you go home.

For those seeking a more pedestrian interaction with Godzilla, the hotel's roof will also serve as an official observation deck. There, visitors can get up close and personal with the Big G while skipping the awkward night over. 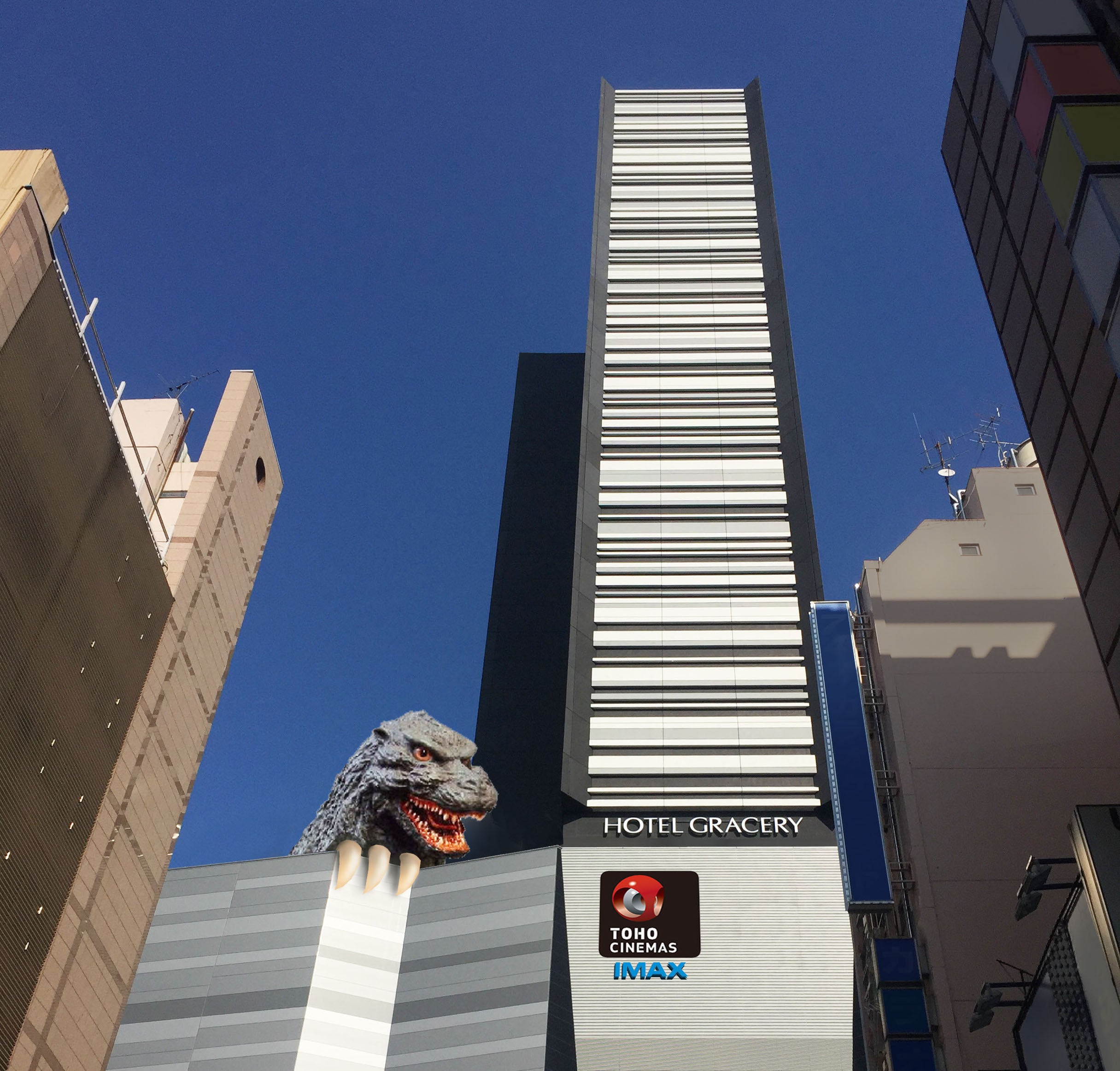 Godzilla Hotel To Open In Japan