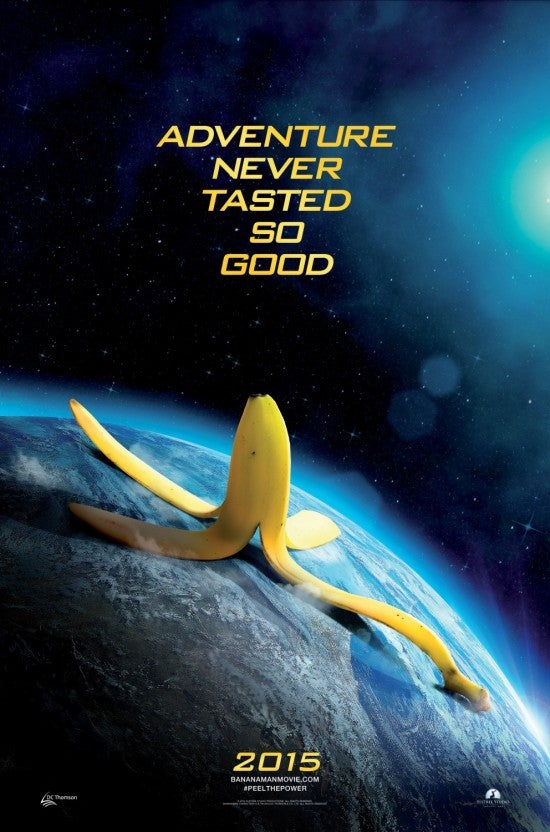 Eddie Redmayne, who tonight took home the Best Actor trophy for a dramatic feature film at the Golden Globe Awards in Hollywood, hopes to play a superhero like his friend Andrew Garfield.

Except that it's not an American superhero he wants to portray; Redmayne wants to be Bananaman.

“Please, I’m desperate to do Bananaman,” Redmayne told Yahoo Movies back in November.

Superhero parody Bananaman is an English comic book character memorable to American audiences for his animated shorts in the ’80s (the 40 Bananaman episodes aired in the United States on the Nickelodeon cable network as a companion piece to Dangermouse). News broke earlier this month that he was getting his own feature film.

The character, who still appears sporadically in The Beano and the recently-cancelled Dandy comics, is a play on characters like Marvelman and Captain Marvel; he’s a child who grows to an adult and gains super powers after eating a banana.

Little in the way of details is yet known, although the film has an official website and a studio has also got it on the production slate.

“Bananaman is this great guy who eats a banana, and he becomes Bananaman,” Redmayne explained earnestly. “He’s the one that I’ve always wanted to play, to the extent that Andrew Garfield — an old pal — was asked in an interview, ‘If you could play any superhero other than Spider-Man, who would you play?’ And he was thinking about it, and the interviewer was like, ‘Bananaman?’ And Andrew was like, ‘No, Eddie’s playing that.’”

Redmayne -- who won tonight for his portrayal of Stephen Hawking in The Theory of Everything -- admitted that he would have to bulk up a bit to make it work.

Bananaman is expected to be released late this year.