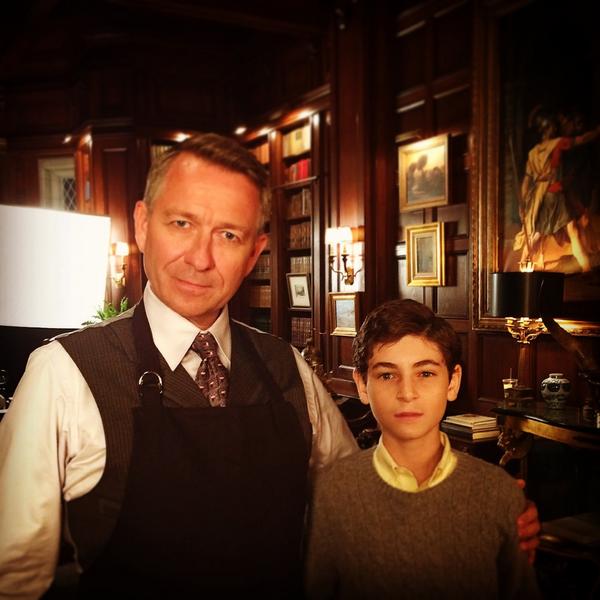 Gotham actor Sean Pertwee has posted a new photograph of himself and David Mazouz, who plays Bruce Wayne on the series, apparently at Wayne Manor in the new series.

It may not be the first look at either Bruce or Alfred, but it's the first good look at the two together, and we can't recall having been inside Wayne Manor before (although there was that TV spot where Catwoman was casing the joint).

That Donal Logue, who plays Harvey Bullock on the show, tells Pertwee "We miss you" and "Thank you for holding down the fort" in the comments beneath this image probably suggests that a number of the show's principal cast have already headed to San Diego for Comic Con International, where the pilot will debut and the show will be a part of Warner Bros. Television and DC Entertainment's big panel hosted by Arrow star Stephen Amell.

Anime Fans Revisit 10 of the Worst Series to Date

PlayStation and Xbox Are Both Reportedly Looking Into New Studio Acquisitions