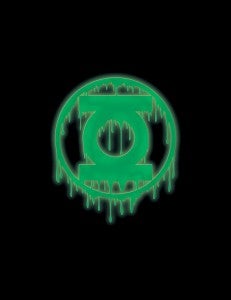 DC Comics's Green Lantern Annual #1 by Geoff Johns and Ethan Van Sciver, out last week and featuring a game-changing event that sets the stage for Geoff Johns's upcoming Rise of the Third Army storyline, has sold out and will go back to press for a second printing, according to Diamond Comics Distributors.

The story, which tells the story of why Hal Jordan and Sinestro are missing in action following this month's zero issues, sets up story threads that will pay off not only in Green Lantern but also in Johns's other titles, Justice League and Justice League of America. The disappearance of Hal Jordan will lead to the recruitment of Earth-born Green Lantern Simon Baz, a tattooed, gun-toting Muslim whose only on-panel appearance before today was the DC Comics Free Comic Book Day issue, in which he was seen fighting Batman in a story set in the near future and tying into the forthcoming Trinity War event that will play through the Justice League titles in 2013.

The second printing of Green Lantern Annual #1 will feature a recolored version of the original cover and hit the stands on October 3.