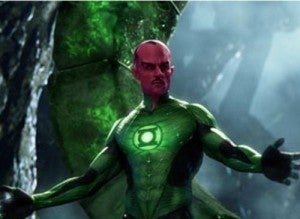 After a disappointing box office and harsh critical reviews, many probably thought that the Green Lantern franchise would end with a single movie. However, the Hollywood Reporter is reporting that Warner Bros. is still planning to move forward with a sequel. While lots of critics are probably groaning at this news and scratching their heads, it's likely a good decision for Warner Bros.

Warner Bros. invested a rumored $300 million in the original movie, but they should be able to film a sequel for a much lower amount. Also, since Warner Bros. owns DC Comics, the success of Green Lantern carries with it much more than just film revenues. Licensing deals for everything from video games to action figures to theme park rides also benefit the company.

The main reason we're excited about a Green Lantern sequel though is that we think Warner Bros. set things up perfectly for the next movie. Sinestro will make a much better villain than Parallax. Plus, having the origin story out of the way will allow Warner Bros. to focus on in on a single storyline. The biggest flaw in the original Green Lantern was likely that there were to many storylines for the film to connect with critics and the general public.

Green Lantern Sequel In The Works