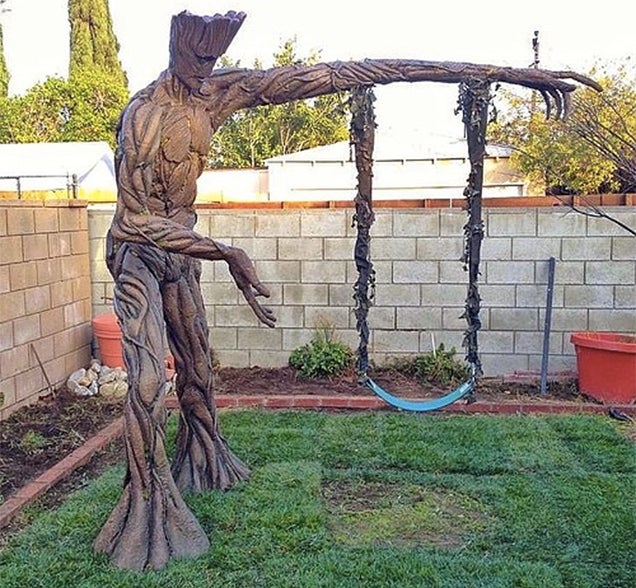 You may have seen this photo of a Groot swing set floating around the Internet by now.

Shortly after we first set out to report about it a month or so ago, the image vanished from Guardians of the Galaxy director James Gunn's Instagram account, and shortly thereafter from any first-party sites, leaving only pop culture news sites pointing to a seemingly non-existent reality show and a truly non-existent photo on Instagram.

Well, the reality show -- Super Fan Builds -- is up and running now, and whatever embargo led to people scrambling to take down this image a while back has apparently been lifted as you can now see the episode where somebody builds this truly awesome Groot swing.

Check out the video, and commentary from the producers, below.

Every other week, some of Hollywood's top prop makers build one-of-a-kind items for super-fans of comic books, video games, movies, and pop culture. This week, we're turning Groot from Guardians of the Galaxy into a swing set!