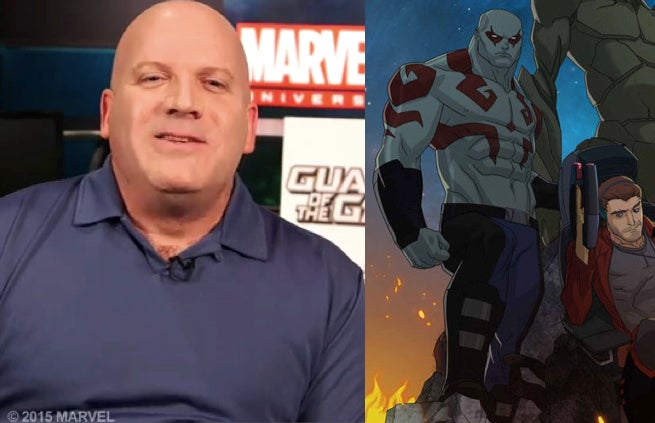 Does anyone have a thesaurus handy for the phrase "obvious choice?", because Marvel Animation has officially cast David Sobolov as Drax The Destroyer for their upcoming Guardians of the Galaxy Animated Series.

As Marvel animation fans will know, Sobolov joins the series with plenty of Drax experience under his belt: He has voiced the character for several other projects, including Marvel's Avengers Assemble, Hulk and the Agents of S.M.A.S.H., Ultimate Spider-Man, the Disney: Infinity Marvel Super Heroes Video Game, and the LEGO Marvel Super Heroes video game.

So, it might be safe to say that Sobolov literally was the best choice for the role. Which, as we all know, Drax would love.

Sobolov's other credits include Shockwave on the Transformers: Prime animated series, DC villain Lobo on Young Justice and Injustice: Gods Among Us video game.

Drax The Destroyer is the Guardians' resident strongman with a lifelong vendetta against Thanos. Also, he doesn't really understand metaphors or figures of speech. Dave Bautista currently plays the character in the Marvel Studios film franchise.