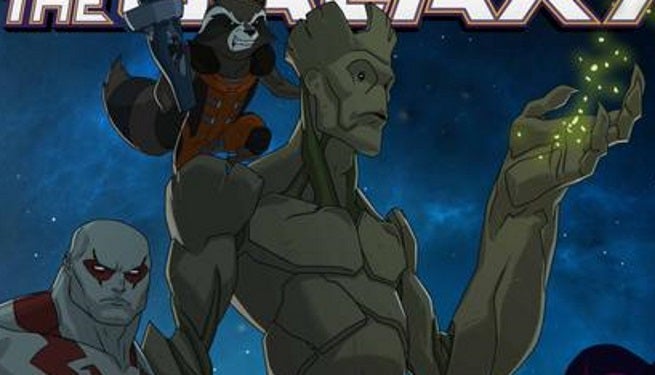 Over his career, Richardson has voiced characters on Family Guy, American Dad! and The Cleveland Show, and Static Shock, and played Kilowag in Green Lantern: The Animated Series, Trigon in Teen Titans and Teen Titans GO!, and The Shredder in Teenage Mutant Ninja Turtles.

Groot present a unique challenge for any voice actor, as they must convey a wide range of intent and emotion through Groot's single line of dialog, “I am Groot.” It'll be interesting to see how Richardson handles the challenge.

The Guardians of the Galaxy animated series is expected to debut in 2015 on Disney XD.