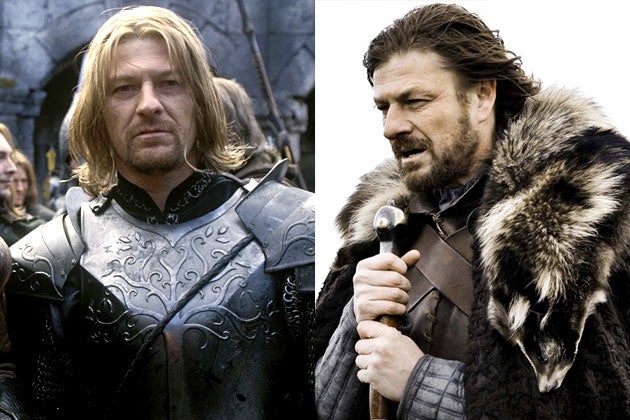 During yesterday's Reddit AMA, Pacific Rim director Guillermo del Toro heaped praise on both Game of Thrones and Peter Jackson's Lord of the Rings, explaining the appeal of both as he saw them after being asked to choose between the two.

Here's how he compared them:

Hehehe. I feel that after doing the director's cut of Mimic, I came to like the movie again - I used to hate it - but audio-visually, cinematography, design, sound design, creature FX, I was always in love with that part of it. It is harder for me now, that I like Mimic, to choose a movie I don't love, because they each took 2 or 3 years of my life every time, and I give them that time because I love them.

I think that I have rarely been as transported in a movie theater as I was when I saw the Fellowship of the Ring unfold on the screen. I consider Peter Jackson one of the most gifted directors ever to tackle the fantasy genre. I believe that Game of Thrones, however, operates at a different level within arguably, the same genre. Game of Thrones has a social and sexual complexity that makes it a very different cutting-edge post-Vietnam Era fantasy story that deals with not only an impending enemy, or the purity of evil, but the relative evil that lurks within the hearts of all mankind. Therefore, tonally, I think that the works of Tolkien provides a completely different experience to Game of Thrones, but they are both masterworks of world creation.

It's interesting, of course, that primarily he's focused on the film versions rather than the books, but it seems likely the answer would be about the same.