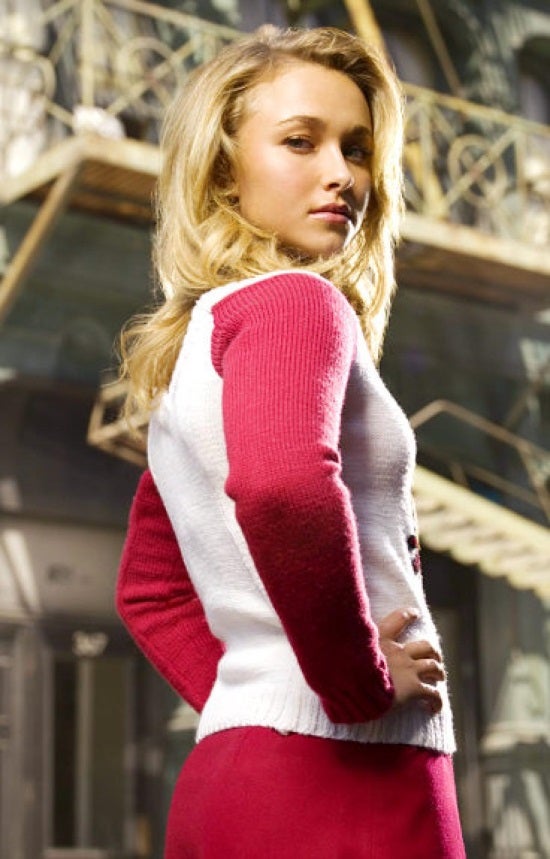 Back when Heroes originally debuted in 2006, it came with a tagline that seemed to be on everyone's lips at the time: "Save the cheerleader, save the world." The upcoming reboot miniseries, Heroes Reborn, seems to be leaving the cheerleader out of the picture entirely, as Hayden Panettiere, who played the cheerleader, Claire, in the original series, told Cosmopolitan that she has not been asked back. In fact, Panettiere only found out about the new series secondhand. "Well, it was a shock to me," said Panettiere, "and, in fact, I believe I became privy to that through my cousin. She sent me a text message and told me about it, and, I mean, we had nothing, nothing to do with it; it will definitely be something to see how they reinvent that." Panettiere said that she thinks, and hopes, that Heroes Reborn will feature a new set of characters, rather than replacing the old actors with new ones. "I think it's a whole new set of characters," she said. "Who knows? It's a little bit of an interesting feeling because you go, 'That was our show, our home, our family,' something that we had a major part in creating as well, and, I mean, I hope that they don't have somebody else playing our characters, that would be a little dagger in the heart. But, you never know. I wish them success in it, for sure." Heroes Reborn will air later in 2015 on NBC, with a lead-in digital series preceding it on NBC.com.

Hayden Panettiere Not Asked Back For Heroes Reboot