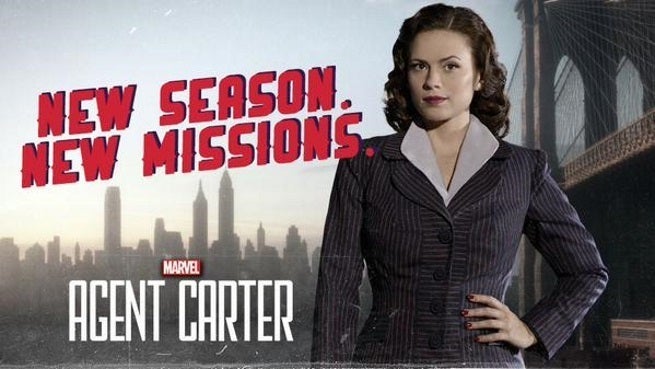 Hayley Atwell was pretty chatty this weekend, talking about not only her visit to the set of Captain America: Civil War but a bit of what's planned for the second season of her fan-favorite Marvel TV series Marvel's Agent Carter.

"We're going to Los Angeles," Atwel told CTV in the video interview embedded below. "So I keep thinking of L.A. Confidential in my head when I think about Season Two, with a very dark glamor to it."

She added that she expected a lot of shots of beautiful scenery intercut with the danger and intrigue of Carter's spy missions, giving the series a bit of a more widescreen look than the first year.

She said, though, that there wasn't any grand conspiracy to what she was doing on the set of Civil War when she was recently tweeting out images.

"I just went because I had time and I missed the Marvel family," Atwell said. "So I went down to see everyone and I went on set and I knew half the crew and the writers and it was hilarious."