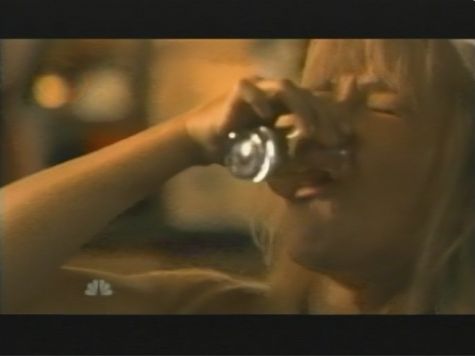 After a couple of fantastic episodes, Heroes falls a little flat with "Into Asylum." As always, there are a few stories woven throughout the episode, so let's get to it. Claire and Nathan have escaped to Mexico, which is outside the long arms of Agent Danko. They have just enough money for a cheap, sleazy motel and a meal or two. After checking in, Claire goes for a walk. Later, Nathan is sitting at a cantina when Claire comes up and plunks down a wad of cash. She pawned a necklace from HRG. Nathan grabs the money and says he's going to turn it into more. He walks over to a group of college kids and starts shooting tequilla. After a while, he bets them who can drink more. At $100 a shot. Nathan holds his own, outdrinking a couple of the guys. But he comes up short and passes out. Claire offers a rematch, but she has to catch up with the remaining contestants. She's 22 shots behind. Claire shoots every shot, and she's drunk. One more shot each, and the last remaining college kid falls. Claire scoops up the money and Nathan and gets the heck out of there. Back at the hotel, Claire explains that she can't get drunk because her liver tissue regenerates like the rest of her body. A drunk Nathan tells Claire that when he found out about Claire that he denied she existed. He tells her that he gave her a free pass from the Feds because he thought that with one move, he could win her over. He says he's going to fix everything. He'll make everything right again. The next morning, a sober Nathan thanks Claire for bailing him out. He explains that he doesn't know what to do--that he isn't able to fix everything. That some things are bigger than one man. Claire tells Nathan to be a man and get things rolling. She leaves. Later, Claire is standing at a bus stop. She's headed to San Diego. She asks Nathan for the time, but he doesn't have his watch. He pawned it for Claire's necklace. He tells her he's headed to the U.S. too and wants to know if she would like a ride. She does. 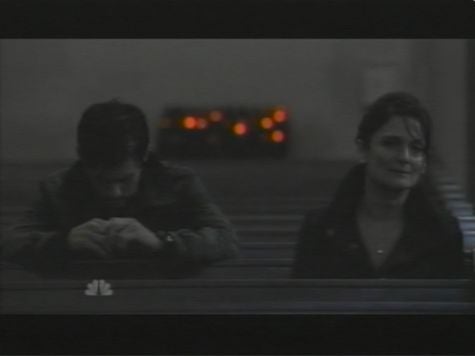 Peter and Angela - After saving Angela from the Feds, mother and son land in New York City. Peter wants answers, but Angela tells him she's looking for answers of her own. She walks into a large church. Peter follows. Angela is sitting in a pew. She can't sleep, and if she can't sleep, she can't see the future. So she's at a familiar church--the one where she was married--in hopes of finding some rest. Peter finds a coat for a soaking wet and pitiful Angela. While Angela prays, Peter talks to Jesus. He asks for help and says he's angry at everything. He wants God to show up. As he says that, the feds enter the building. Peter and Angela slip into a a confessional. Angela tells Peter that she was once like him--a good person with great intentions. But when her power manifested, she tried to get others to listen. No one did. So she resorted to lies and maniuplation to get things done. And even though it cost her everything--including her family--it was what she had to do to save the world. As she finishes, a door opens. HRG walks in. He looks at the Petrelli's, then shouts "ALL CLEAR." Lucky break for Angela. A while later, Angela wakes up in Peter's arms. She had a dream; she has to get the family together, then visit her sister. 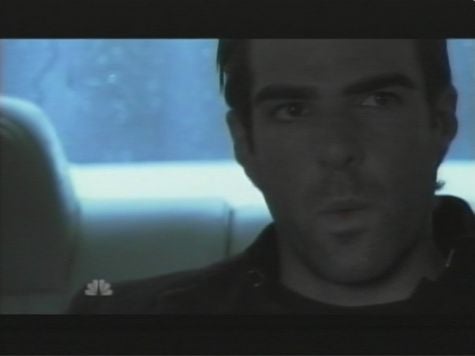 Danko and Sylar - Arlington, Virginia. Danko and HRG are at a crime scene. Some agents were moving in to apprehend a teacher named James Martin but were killed. Danko found Martin through a DNA database, but he doesn't know what abilities the teacher possesses. Danko heads to his car. Sylar is in the backseat. Sylar wants to partner with Danko, because they have the same goal: killing people with abilitites. Sylar offers to help Danko because he believes the Agent is in over his head. Danko pulls a gun on Sylar, but Sylar does his best Kaiser Soze--Poof! He's gone. At building 26, Danko launches a full scale manhunt out for the teacher. He's passionate about catching the man. So much that he makes Martin priority #1--bumping Sylar down the most wanted list. Danko asks HRG for help, because they need a "win." HRG tells Danko that using a Hero to help hunt other people with abilities works. HRG tells Danko that Sylar is in town, but Danko rejects Sylar as a target. Danko gives HRG the file of Angela Petrelli. 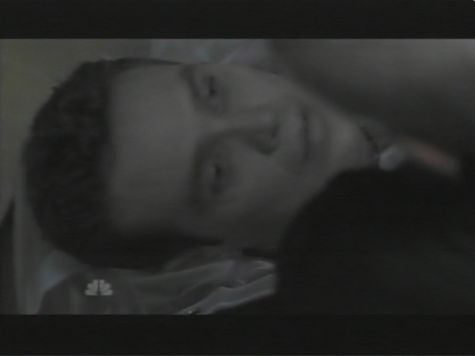 Danko is in his office talking to an agent, and a cell phone rings. The phone is unfamiliar, and when he answers, it's Sylar on the other end. Slyar has done some research on Martin. Apparently there have been more killings. Slyar tells Danko that Martin is a shape shifter. Danko realizes the agent that was just in the office was Martin--acting as an agent. The chase is on. Danko catches up to Martin and fires a couple of shots at him, missing. Martin touches someone and changes into another person. He escapes outside into the crowded street. Slyar breaks into Martin's apartment, but Danko is waiting for him. The agent thinks Sylar wants Martin's shapeshifting ability because it's the ultimate escape hatch. He threatens to shoot Slyar in the head, but Slyar claims, once again, that he's there to help. Slyar tells Danko that he'll help the feds round up everyone on the list. At that point, the feds can take their shot at him. Danko agrees. Now that they're 'partners', Slyar and Danko tear through Martin's apartment. Slyar realizes that Martin is running through costumes like mad. Why? He's looking to seduce hot women. They find a box of matches for a local nightclub and head to find Martin. Sylar immediately sees Martin and points the shapeshifter out to Danko. Surprise, surprise--Martin has shifted into Danko. Slyar tells Danko that Martin is after power, and that he wants to be powerful like Danko. And then Martin slips out. Sylar and Danko search the club but can't find Martin. The pair meets up and Danko says he couldn't find Martin and that they should leave. Sylar agrees, but something isn't right. They leave. Slyar walks behind Danko. Both men draw guns. Danko turns and shoots Sylar. And then the real Sylar walks up. Danko has shot Martin, but the shapeshifter is still alive. Slyar stands over his prey and reaches to cut him open, but Danko asks if he can make it a little less bloody. Sylar smiles and drops down to steal the shapeshifter's ability. 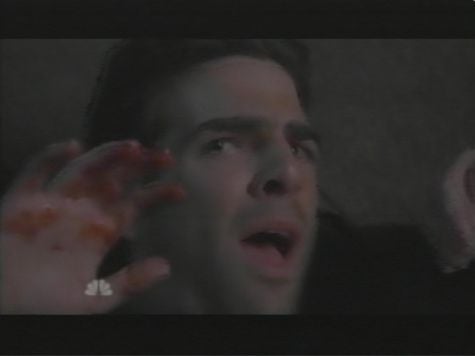 Outside a building, there is a crime scene. HRG walks up and unzips a body bag. Danko is standing there. Slyar (or what looks like Slyar--it's the shapeshifter) is in the body bag, and he has a knife jammed into the back of his skull.