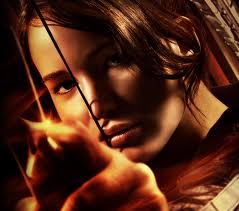 Amazon just announced that the "Hunger Games" trilogy has become the all-time best selling series on Amazon--passing the "Harry Potter" series. The sales figures take in both print and sales figures combined. At first glance, it's pretty impressive. After all, Suzanne Collins' series is just three books, whereas J.K. Rowling's series was seven. However, there is a catch here--and it's a big one. The HP books came out prior to the boom of digital publishing, and more importantly, the Kindle Owners' Lending Library (KOLL). KOLL is a program where Kindle owners with a Prime membership can borrow one book per month for free. However, Amazon pays a set amount to the publisher for each borrow, and therefore counts the borrow as a 'sale.' And seeing that the three books of the "Hunger Games" have been at or near the top of the KOLL charts for a year now, it's understandable how the sales numbers would rack up. Print sales for the trilogy was already strong, but adding the digital version and the ability to share make it easy to increase 'sales.' That being said, it's obvious that Collins' "Hunger Games" trilogy has sold a boatload of copies and should be commended. And with filming of the second book, "Catching Fire," to begin in the next few weeks, those sales should only increase.