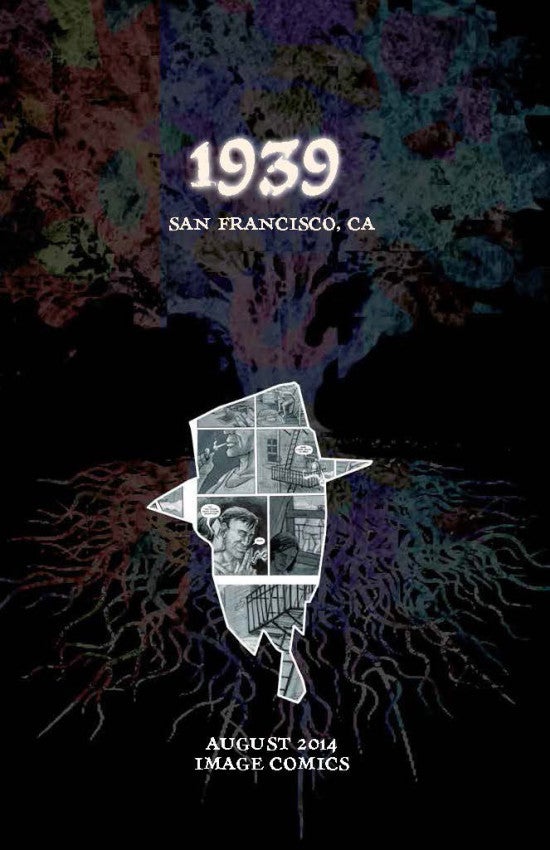 Are you going to San Francisco? That's a famous song from Scott McKenzie, of course, but it seems every thirty years, something is happening in that city that will inform the nature of an Image Comics title from an as-yet-unconfirmed creative team. Artist Anthony Peruzzo is a good bet to be involved, though, since he's only tweeted three times in the last three days -- all to retweet the Image Comics teasers above and below. Back in February, he also tweeted that he has a new book coming out from Image this summer. 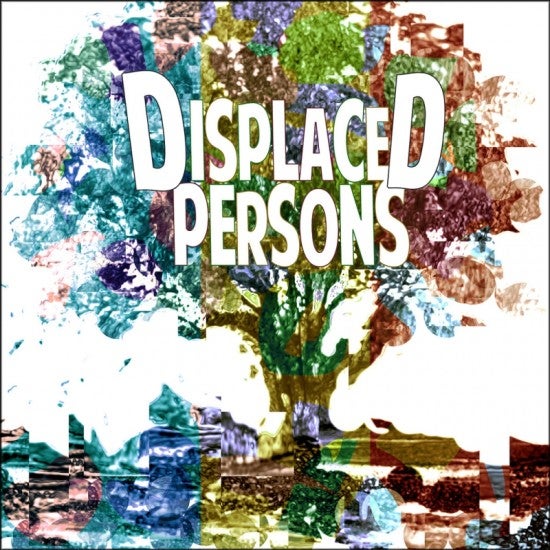 So...what takes place in 1939, 1969 and 1999 in San Francisco? And, more to the point, will we get a 2029 installment before we get to find out? Our bet is on Displaced Persons. What's that? No real clue, except that it's a logo (see above) on Peruzzo's personal website that features a stylized tree very similar to what's seen in the three Image Comics teasers. 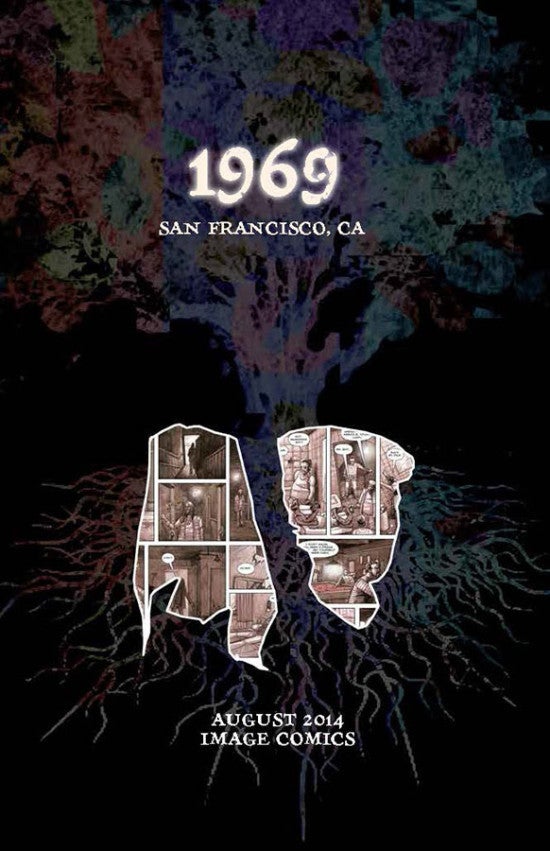 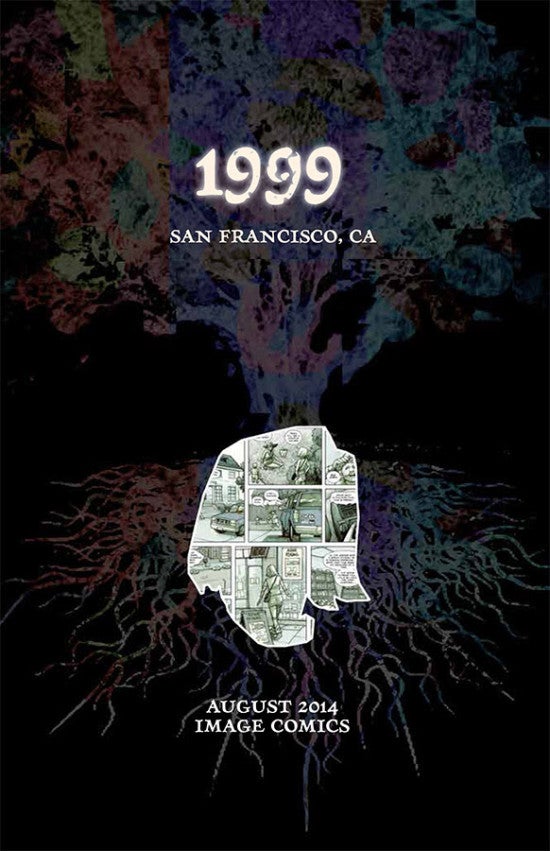