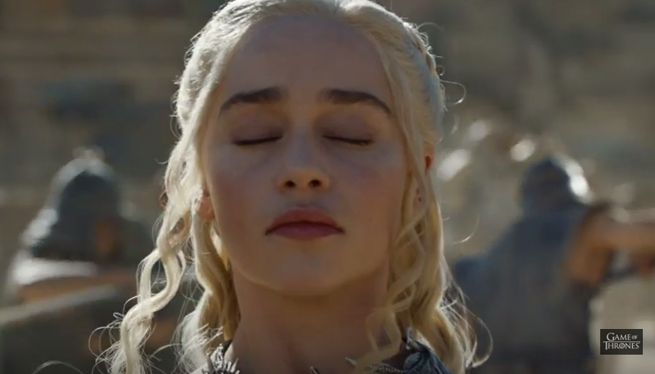 About halfway through the episode, Stannis made the decision to burn his daughter Shireen at the stake. Melisandre convinced Stannis that the sacrifice would allow the lord of light to set him free on his path to Winterfell.

After that shocking, sad death, the episode wound up ending on an epic, high note. At the end, Daenerys is surrounded and facing almost certain death, but she is rescued by Drogon at the last moment. She then climbs on the back of Drogon and flies away.

Both scenes are featured in HBO’s Game of Thrones: Inside the Episode #9 video embedded below.

Game of Thrones airs on Sunday nights at 9 PM ET on HBO.